Twitter users were confused by the agency’s temporary vanishing from the social network. 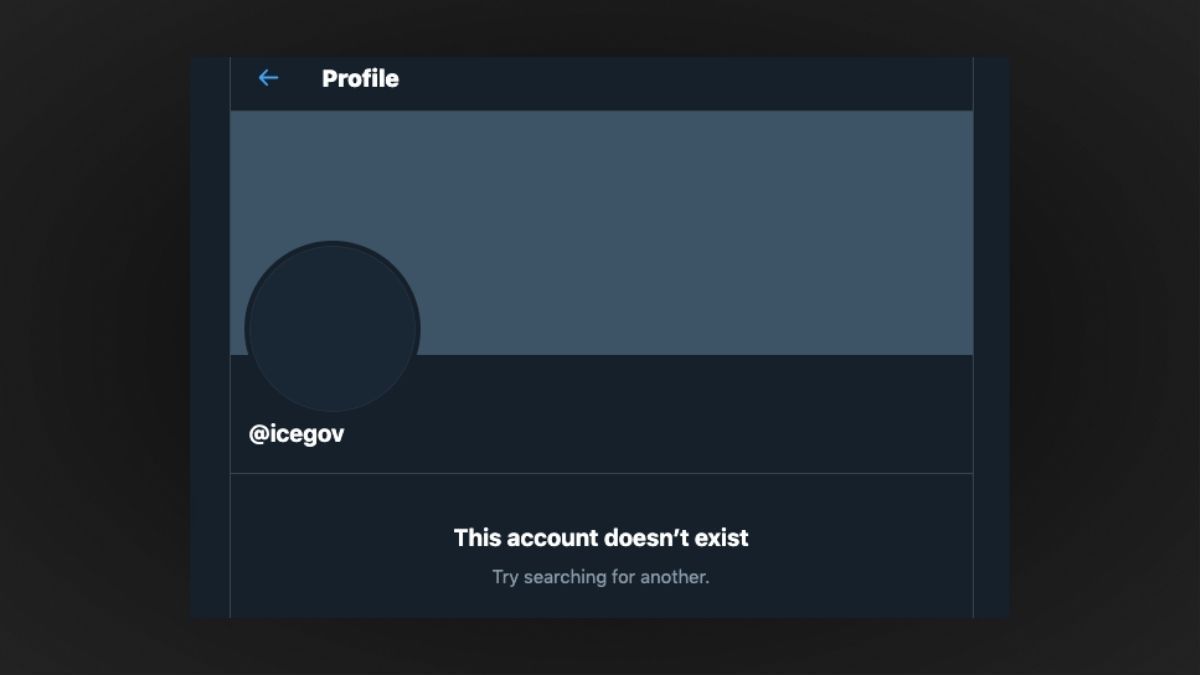 Claim:
On Nov. 12, 2020, U.S. Immigration and Customs Enforcement’s (ICE) Twitter account appeared to have been briefly removed from the social network.
Rating:

On Nov. 12, 2020, journalists on Twitter noticed an unusual development in the U.S. Immigration and Customs Enforcement (ICE) Twitter account: It had ceased to exist. We went onto the account and found it appeared to have been removed for a few hours.

The agency offered no immediate reason for this, though many online wondered why:

To confirm that ICE’s official account was no longer on Twitter, we went to the agency's website and saw that its link to Twitter was still available. After clicking on the link at the bottom of the agency's homepage, we were directed back to the disappeared account page. Based on online archives, the Twitter account was active on Nov. 11, 2020. ICE’s Facebook page was also online and functional on Nov. 12, 2020. A reporter for NBC News found that ICE had changed its own birthdate for the account — making the agency less than 13 years old — which was interpreted as violating Twitter's terms of service requiring people must be at least 13 years old:

A few hours after we first checked, the account had returned to its fully functional state. ICE also tweeted out an update:

We reached out to ICE, and will update this post if we receive more information.