Did ICE Check Citizenship Papers After the El Paso Shooting? 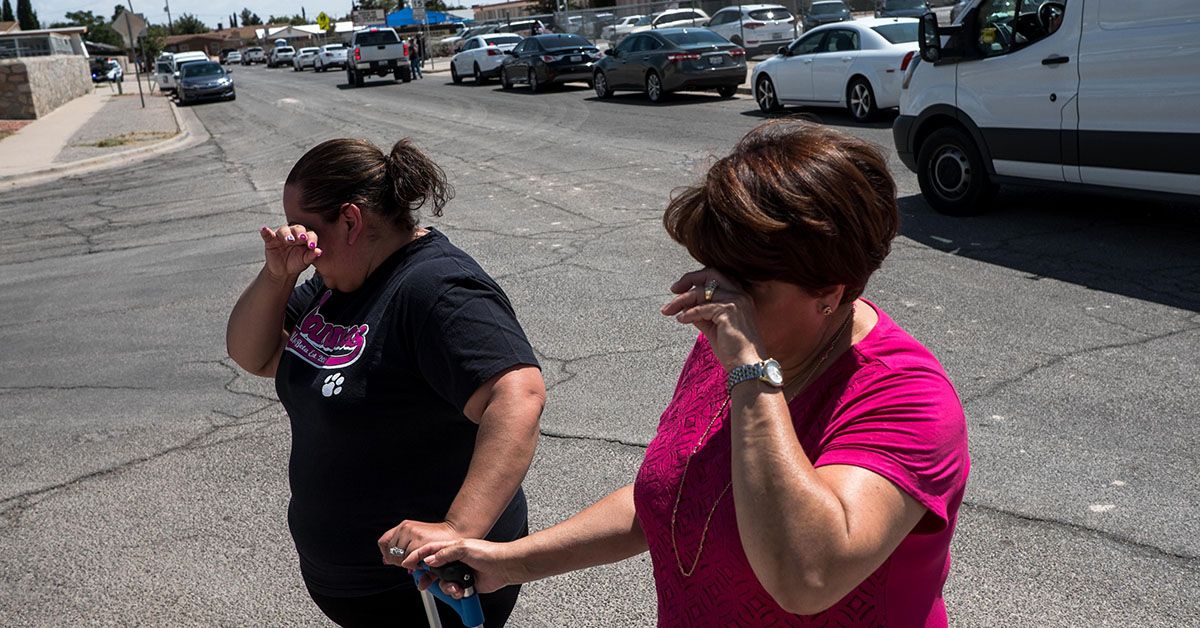 Immigration authorities were forced to refute a viral social media hoax claiming they were conducting enforcement operations in the immediate aftermath of a deadly mass shooting in El Paso, Texas, on Aug. 3, 2019.

Both Immigration and Customs Enforcement (ICE) and Customs and Border Protection (CBP) released statements clarifying that while agents were on the ground providing routine mutual aid to fellow law-enforcement agencies during the crisis, they were not checking anyone's citizenship status.

Please be aware that CBP personnel including Border Patrol agents + Field Operations officers have returned to their regular duties. We are not conducting enforcement operations at area hospitals, the family reunification center or shelters. We stand in support of our community

Despite false rumors to the contrary, ICE does not conduct immigration enforcement operations during tragedies like the one that recently impacted El Paso, Texas. (4/5)

Twenty-two people were killed and dozens wounded in the Saturday morning attack at a busy Walmart near Cielo Vista Mall, a commercial destination popular with cross-border shoppers. In the aftermath of the massacre, survivors were reunited with loved ones at an impromptu family-reunification center established at McCarthur Middle School, about three-quarters of a mile away from the scene.

Panic was compounded by a viral Facebook post that claimed immigration agents were conducting enforcement checks at the school. We sent questions to the Facebook user who created the post, asking where he got the information and whether he had any evidence that it was true. According to his profile, he is based in the state of Virginia. We received no response by the time of publication.

No evidence exists that ICE or CBP agents were conducting immigration checks on people affected by the mass shooting. Per ICE, enforcement operations are targeted by way of investigative leads, not random checks. Further, except under specific circumstances, ICE doesn't conduct enforcement activities at "sensitive locations," such as hospitals and schools. CBP has a similar policy.

That's not to diminish the fear experienced by some shooting victims and survivors. Monsignor Arturo Bañuelas, an immigrant-rights advocate and chair of the Hope Border Institute in El Paso, was on hand to help in the shooting's aftermath. He told NPR that the sight of immigration agents stationed outside the reunification center had a chilling effect on some people looking for loved ones.

"I was at the reunification center waiting with the families, waiting to hear news of their loved ones," Bañuelas told NPR's David Greene. "It was a nightmare for families ... Some of the families were not able to, did not show up to see if their loved ones were there because they were afraid that they would be deported because the place was surrounded by Border Patrol as well as the police."

Bañuelas said he also heard about a person injured in the attack who didn't seek treatment at a hospital because of fear immigration agents would deport victims and separate them from their families.

Nonetheless, Bañuelas said families should go to hospitals and the reunification center to find loved ones: "We're there, there's a lot of people who are willing to help," Bañuelas told Greene. "At moments like this, I think there's more compassion and more understanding of people's pain. I mean even people have families, the police, the ICE people, the Border Patrol, they have families, they understand these moments and I think in moments of crisis like this — there's people, there were priests, there were chaplains there, we would be able to be of service to them. I would say, come, we'll help you."

Prosecutors have charged Patrick Crusius, 21, in the shooting spree. Crusius allegedly posted a manifesto online before the attack in which he parroted a white supremacist conspiracy theory that immigrants are "invading" the United States. The mass shooting in El Paso was followed less than 24 hours later by another one in Dayton, Ohio, in which nine people were killed.