Did ICE Deport a Michigan Doctor 40 Years After He Immigrated to the U.S.?

The doctor, who is in ICE custody, was convicted of two misdemeanors as a teenager 26 years ago. 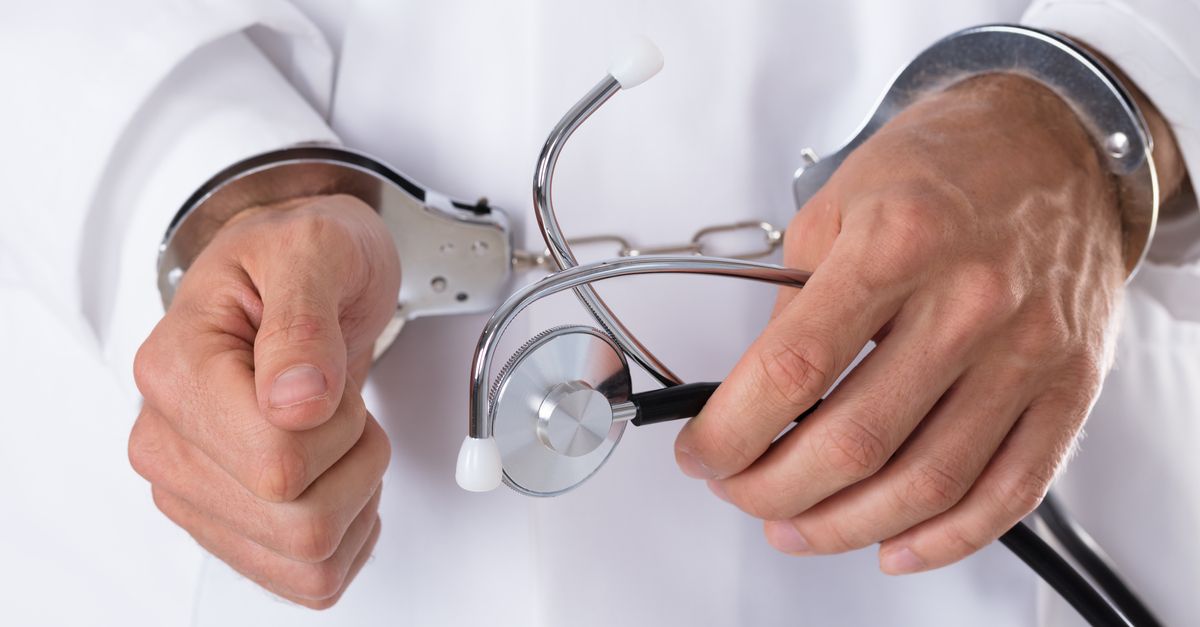 Claim:
Immigration and Customs Enforcement (ICE) detained and deported Polish doctor Lukasz Niec, 40 years after he emigrated to the United States as a young child.
Rating:

Immigration and Customs Enforcement had detained Lukasz Niec and begun removal proceedings against him.

Niec has not yet been deported, and it's uncertain whether that will actually happen.

In late January 2018, several reliable news outlets reported that U.S. Immigration and Customs Enforcement (ICE) had detained a doctor in Kalamazoo, Michigan, 40 years after he emigrated from Poland to the United States.

One web site, Washington Press, went a step further, claiming in their headline "Trump's ICE just deported a doctor living in the U.S. for 40 years." However, the text of the article contradicted the headline, making it clear that the doctor had not been deported, but was in immigration detention.

The doctor, Lukasz Niec, is a green card holder who has a was reportedly convicted of two misdemeanors in 1992: malicious destruction of property under $100; and receiving and concealing stolen property over $100. His second conviction was later expunged from his record.

Niec’s sister, Iwona Niec Villaire, told the Washington Post, “It’s shocking . . . No one can really understand what happened here.” She told CNN that Niec does not even speak Polish.

While news of the doctor’s detention surprised many, Sarah Pierce, an associate policy analyst at the Migration Policy Institute, called it “something that happens all the time.” She told us:

An expunged conviction doesn’t really matter in the world of immigration. It’s still an issue on your record. In fact a lot of people have to go back and get previously-expunged crimes un-expunged when they apply for naturalization because the immigration agency needs to see what that crime was and whether or not it renders you ineligible to apply for naturalization.

The Immigration and Nationality Act, which gives parameters for the detention and removal of immigrants, even those who are in the U.S. legally, allows the deportation of immigrants who have committed crimes “involving moral turpitude.”

ICE officials said in a statement that Niec was “amenable to removal proceedings as a result of two 1992 state convictions for malicious destruction of property and receiving stolen property, both of which are crimes involving moral turpitude.”

An ICE spokesperson told us that two convictions of this nature can make a lawful permanent resident subject to deportation regardless of the amount of time they have lived in the U.S.

The Justice Department also stipulates that cancellation of removal is possible for residents whose records do not include aggravated felonies.

While Bronson Healthcare, like others, respects the laws and regulations concerning United States immigration, we are following the situation surrounding the detention of Dr. Lukasz Niec closely and are doing everything we can to advocate for Dr. Niec. We have been in contact with our elected representatives and we have our immigration counsel coordinating with Dr. Niec’s attorney to explore all options to secure his prompt release from detention.

Since 2007, Dr. Niec has been a skilled and caring physician, a valued employee and respected member of the Bronson medical staff. His detention in a county jail while awaiting deportation proceedings simply does not make sense. Given all that he has contributed in the form of exemplary patient care, and Bronson’s ongoing need for Dr. Niec’s continued service as a hospitalist, we are requesting the community’s best interest be considered and he be allowed to return to work and his family as soon as possible.

At press time, Niec was still in ICE detention and had not been deported. It is unclear how long Niec will stay in detention. A 2001 court ruling allows ICE to hold immigrants in detention for up to six months before deporting or releasing them, though on occasion immigrants find themselves held for much longer.