A manipulated image was just a lil bit misleading. 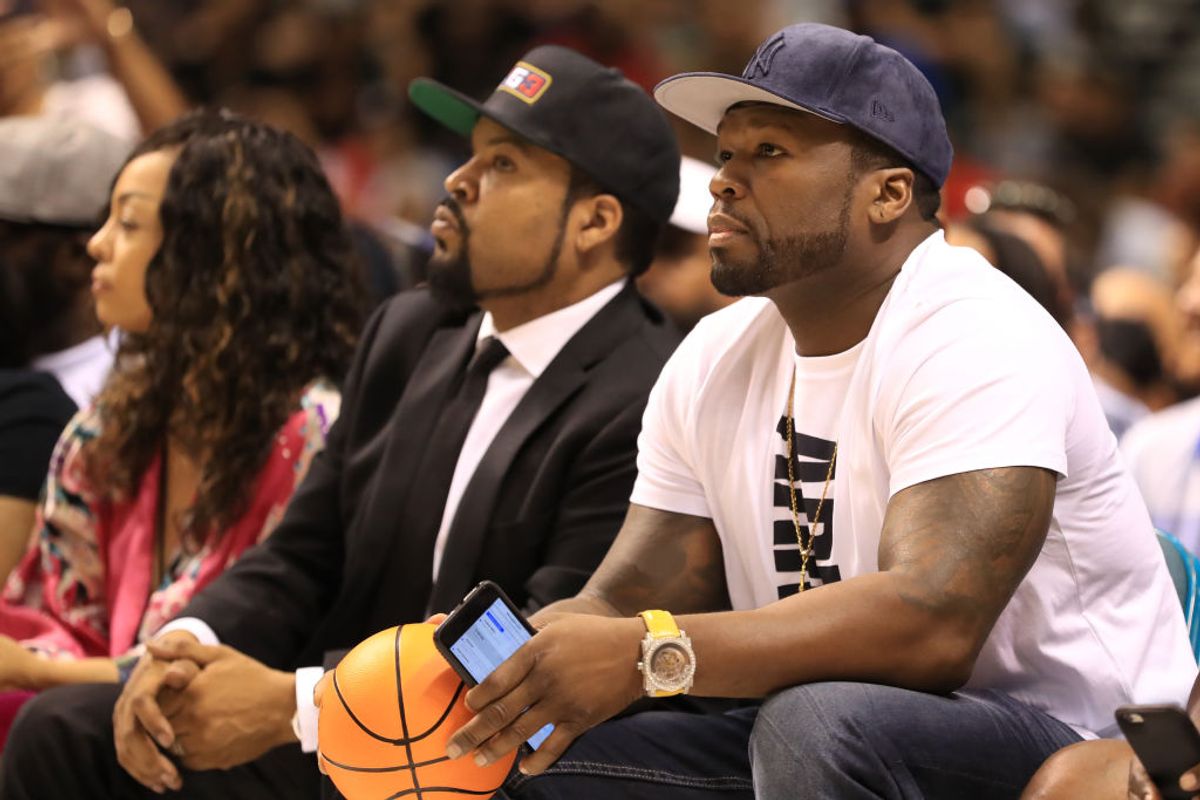 Ice Cube shared the original photograph to his Twitter page in July 2020 along with a birthday message for his friend 50 Cent:

Getty Images has archived a few other photographs taken at this event. The image at the top of this article, for example, carries the caption:

Ice Cube confirmed that the image was fake in a message posted to Twitter and Trump has since deleted his tweet.

Although this image is fake, both of these musicians have truly aligned themselves, at least in part, with the Trump administration. While Ice Cube has not endorsed Trump for 2020, he did work with the president's administration to create a "Contract With Black America." Ice Cube said that he would "advise anyone on the planet who has the power to help Black Americans close the enormous wealth gap."

50 Cent's support for Trump was more explicit. On Oct. 19, 50 Cent took to Instagram and shared a message endorsing Trump along with a screenshot from CNBC's "Power Lunch" concerning a report that Biden's tax plan would raise the tax rate to as much as 62% on Americans who make more than $400,000 a year:

“WHAT THE FUCK! (VOTE For TRUMP) I’M OUT. FUCK NEW YORK The KNICKS never win anyway. I don’t care Trump doesn’t like Black people 62% are you out of ya fucking mind." This screenshot comes from a segment of "Power Lunch" that aired on Oct. 19. During this segment, CNBC's Robert Frank explained how people earning more than $400,000 a year could pay income taxes at rate of more than 62%. Here's a video of Frank on another CNBC show, "Squawk Box," talking about Biden's tax plan:

Interestingly, Ice Cube and 50 Cent appear to be aligning themselves with Trump for polar opposite reasons. Ice Cube, for instance, said that he was willing to work with either presidential campaign in order to improve the lives of Black Americans and to "close the enormous wealth gap." 50 Cent, on the other hand, said he didn't care that "Trump doesn’t like Black" and that he was endorsing the incumbent because his opponent's tax plan would increase taxes on wealthy Americans.