Although a photograph of handcuffed children is shared with the claim the youngsters were arrested by ICE, the image is unrelated to immigration. 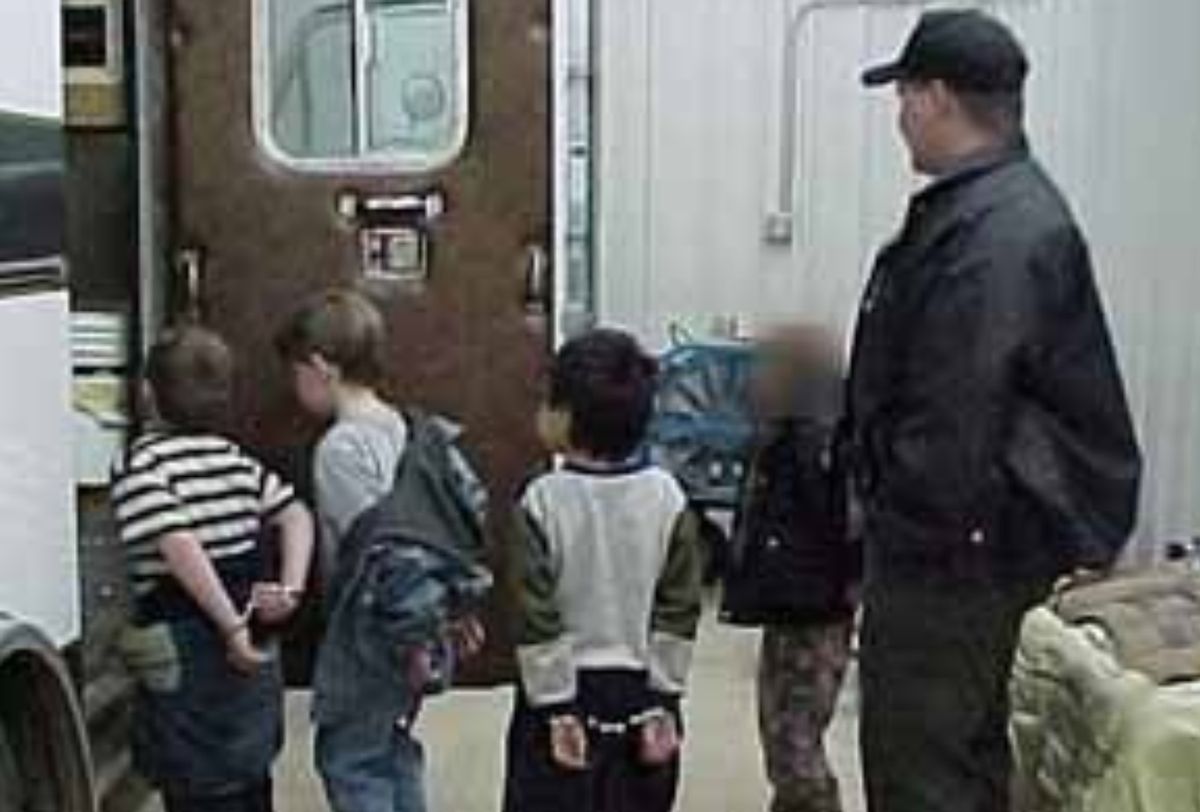 An image circulated on Facebook shows small children in handcuffs being led into a law enforcement vehicle, along with claims that the pictured children were immigrants who had been taken by U.S. Immigration and Customs Enforcement (ICE) as part of the Trump administration's controversial "zero tolerance" policy. Under that policy, migrant parents caught crossing the U.S.-Mexico border between ports of entry were criminally charged and their children taken from them: Although hundreds of immigrant children, including some infants, were taken from their parents, the image seen here is unrelated to that activity. The photograph has been online since 2009 and is associated with a Tea Party protest in West Palm Beach, Florida, during which parents brought their kids for a mock arrest to demonstrate how they are being saddled with debt from government spending.

The alternate weekly newspaper Broward Palm Beach New Times featured the image in a 14 April 2014 story about the demonstration under the caption "Hopefully the cops won't mistake the protesters for real criminals." The New Times reported of the event that:

If you have children, and you'd like to exploit those children for your political gains, and if you have the money to rent those children prison uniforms, you should totally bring them to downtown West Palm Beach on Wednesday. That's when people protesting government spending will bring 20-30 children dressed in prison uniforms and put them in fake debtor jails. It's meant to show how children will have to pay for wasteful government spending of today. And it's also a great way to ensure continued work for psychologists of tomorrow.

The event is part of a nationwide Tea Party demonstration put on by Libertarians, Republicans, and others who think economic stimulus bills are a good occasion to put our children into fake debtor jails.

Sid Dinerstein, chairman of the Republican Party of Palm Beach County and an organizer of the event, said the fake jails will be two dimensional, meaning the kids won't actually be held captive at any point. Except by the government's excessive debt.

This same photograph was similarly used outside its original context as part of a meme in 2012, but that time it was employed to scare parents about the looming "police state" as behavioral issues in school were being treated as crimes: Shapiro, Leslie and Manas Sharma.   "How Many Migrant Children Are Still Separated from Their Families?"     The Washington Post.   8 August 2018.