Did People Refer to Gaslighting During the Era of 'I Love Lucy'?

A stray piece of dialogue from the 2021 biopic "Being the Ricardos" set off a fascinating online debate about a cultural anachronism. 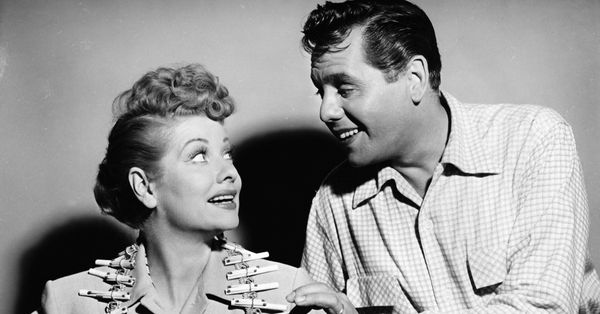 Claim:
"To gaslight" another person was in common usage as a verb during the 1950s.
Rating:

The play "Gaslight," and subsequent movie adaptations, had been in existence for several years by 1953, when Lucille Ball is depicted saying "Don't gaslight me" to her husband, Desi Arnaz, in the 2021 biopic "Being the Ricardos." It is possible that Ball could have used that phrase at that time. However ...

It is not plausible, and not likely. While phrases associated with "gaslight" — such as "giving someone the gaslight treatment" — were in use from the 1940s onwards, the earliest instance we could find of the use of "gaslight" as a verb — as in, "to gaslight" someone else — was 1961. And in 1953, it certainly was not at all common.

In December 2021, a kerfuffle emerged online over the historical accuracy and plausibility of one particular moment in the high-profile biopic "Being the Ricardos," an Aaron Sorkin-directed film account of the personal and professional life of "I Love Lucy" stars Lucille Ball and Desi Arnaz.

On Dec. 22, writer and commentator Roxane Gay objected to the use of the verb "gaslight" by Ball (played by Nicole Kidman), claiming it was, in effect, a cultural anachronism. On Twitter, she wrote:

In The Ricardos movie, Lucy says “don’t gaslight me” and it’s so annoying! There is no way she would have said that in the 1950s. How did that get through?

"Gaslighting" is a type of psychological manipulation, often characteristic of abusive relationships, in which one person dishonestly convinces another that his/her grievances or allegations are the result of delusion or faulty memory. The term derives from the popular 1944 mystery film "Gaslight," which was a remake of a 1940 British production of the same name, which was in turn an adaptation of Patrick Hamilton's 1938 play "Gaslight." Roughly speaking, the plot revolves around an abusive husband who slowly convinces his wife she is becoming detached from reality, in order to get her institutionalized and claim her inheritance.

The term — especially the gerund "gaslighting" and the transitive verb "to gaslight" — has grown in popularity in recent years. The question raised by Gay was whether it was plausible for Ball to say to someone else "Don't gaslight me" during the time depicted in the movie. The debate Gay kicked off with her tweet took on a life of its own, and the word "Gaslight" trended on Twitter on Dec. 22 and Dec. 23, as a result.

What Does Ball Say in 'Being the Ricardos'?

The first point to note here is that the events shown in the movie began in 1953, when a major scandal broke over claims that Ball was a communist. (On her 1936 voter registration, she listed her party affiliation as Communist, but later insisted she had never actually voted for any Communists or supported communist principles.)

Towards the end of the movie, Ball confronts Arnaz about his infidelities, and the following exchange ensues:

Since the play was produced in 1938, and the American movie in 1944, the association between the word "gaslight" and abusive deception was long established by the mid-1950s, when Ball and Arnaz's dramatic confrontation takes place in "Being the Ricardos." In other words, it's possible Ball could have said "Don't gaslight me." The next question is whether it's plausible.

After the release of the 1944 film "Gaslight," which was relatively successful and popular, it didn't take long for terms and phrases associated with "gaslighting" and "gaslight" to enter public discourse, in the context of deception and abuse. Snopes found one striking early example of "the gaslight treatment" as a description of spousal manipulation, by way of an allusion to the 1944 movie. The Sept. 16, 1948, issue of the Miami News contained the following update about the latest trend in local divorce courts:

GASLIGHT — Divorce petitions filed in Dade circuit court in recent weeks reveal an influence traceable to the current run of movies dealing with psychiatric plots, especially those in which the husband tries to convince the wife she is crazy. Several complainants have charged husbands with actions designed to produce fear of mental unbalance, and one suit, filed the other day, claimed the husband "gave her the Gaslight treatment."

We found a smattering of other instances of that same phrase — "the gaslight treatment" — over the ensuing decades, including a 1967 episode of Ball's subsequent sitcom "The Lucy Show." However, what about the use of "gaslight" as a transitive verb? That is, as seen in the 2021 example to which Gay objected in the first place: "Don't gaslight me."

On this specific point, Gay appears to have a strong argument. The earliest instance we encountered was the one highlighted by the Chronicle of Higher Education in 2017. That is, a 1961 academic book by the anthropologist Anthony Wallace, who wrote:

It is also popularly believed to be possible to “gaslight” a perfectly healthy person into psychosis by interpreting his own behavior to him as symptomatic of serious mental illness. While “gaslighting” itself may be a mythical crime, there is no question that any social attitude which interprets a given behavior or experience as symptomatic of a generalized incompetence is a powerful creator of shame[....]

In a 1956 episode of "I Love Lucy," Arnaz plays an elaborate prank on Ball, convincing her that she had not, in fact, met the French actor Charles Boyer, in a Paris restaurant. The premise is a clever parody of the plot of "Gaslight" (Boyer himself had starred in the 1944 American version). But — contrary to the claims of several Twitter users in December 2021 — nobody ever actually uses the word "gaslighting" or "to gaslight" in that episode, not least because that would have spoiled the allusory pleasure of the joke.

So we are left with the following conclusion: It is possible that Ball, in 1953, might have improvised or riffed off existing phrases like "the Gaslight treatment" and said to Arnaz "Don't gaslight me." However, based on the best documentary and archival evidence available, it is simply not plausible in that form, and Gay's objection to the line is well-founded.