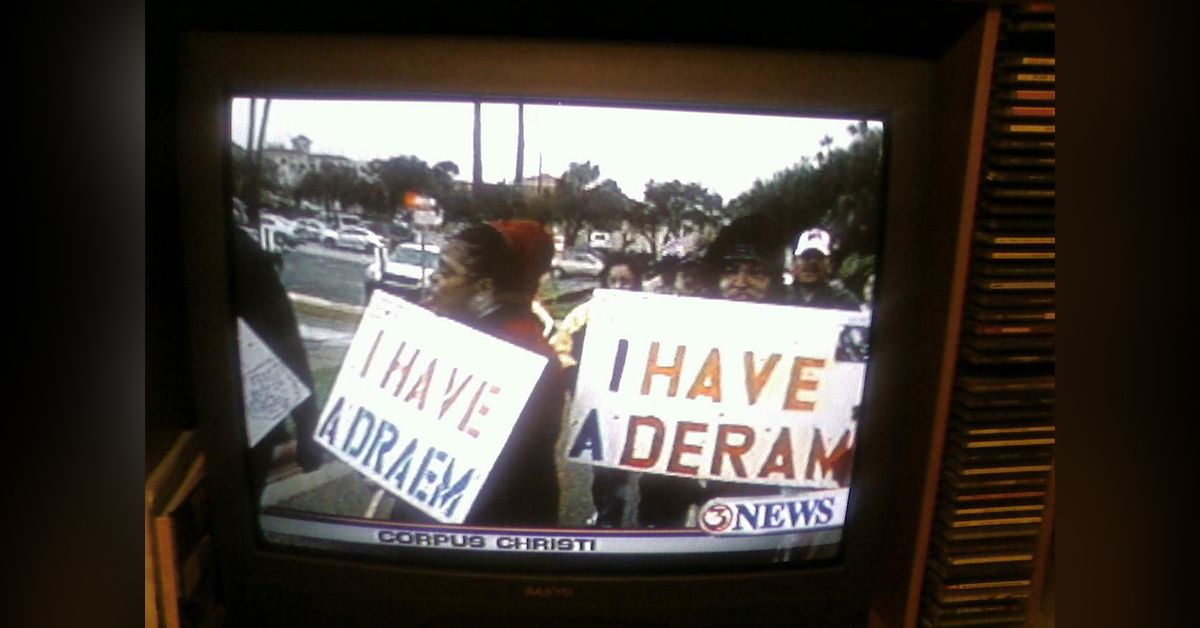 The image displayed above is a television screen shot taken from a news report aired on Martin Luther King Day in January 2007 by Corpus Christi, Texas, station KIII-TV:

This came with only a subject and a forward subject. Seems like something that could have been photo-shopped.Fwd: Is this what MLK died for?
Subject: I have a WHAT?

The subject of this e-mail is: I have a WHAT?

The body of the e-mail only says: This was a cell phone camera picture, taken of the TV evening news in Corpus Christi, TX. recently. A few of the local community members who had gathered that day to honor the memory of Dr. King carried signs displaying misspellings of the word "dream," and neither the station's cameraman nor the segment's editor noticed that aspect of the video before the piece aired.

This image has also been circulated with text claiming that it originated not with a Martin Luther King Day event but rather with a rally promoting literacy, and the sign-bearers therefore deliberately misspelled the word "DREAM" as "DRAEM" and "DERAM." That explanation is incorrect.

The news director at KIII-TV, Richard Longoria, said of the attention this image has garnered:

It's obvious two signs were misspelled, bunches of others weren't. It's such a shame that the person who put it on the web didn't put the entire story, which showed members of the Black American community and others in Corpus Christi respectfully honoring the life and memory of an American hero, Martin Luther King.