Is This a Photograph of Hurricane Michael?

A photograph of an approaching storm is real, but it was taken months before Hurricane Michael made landfall in Florida. 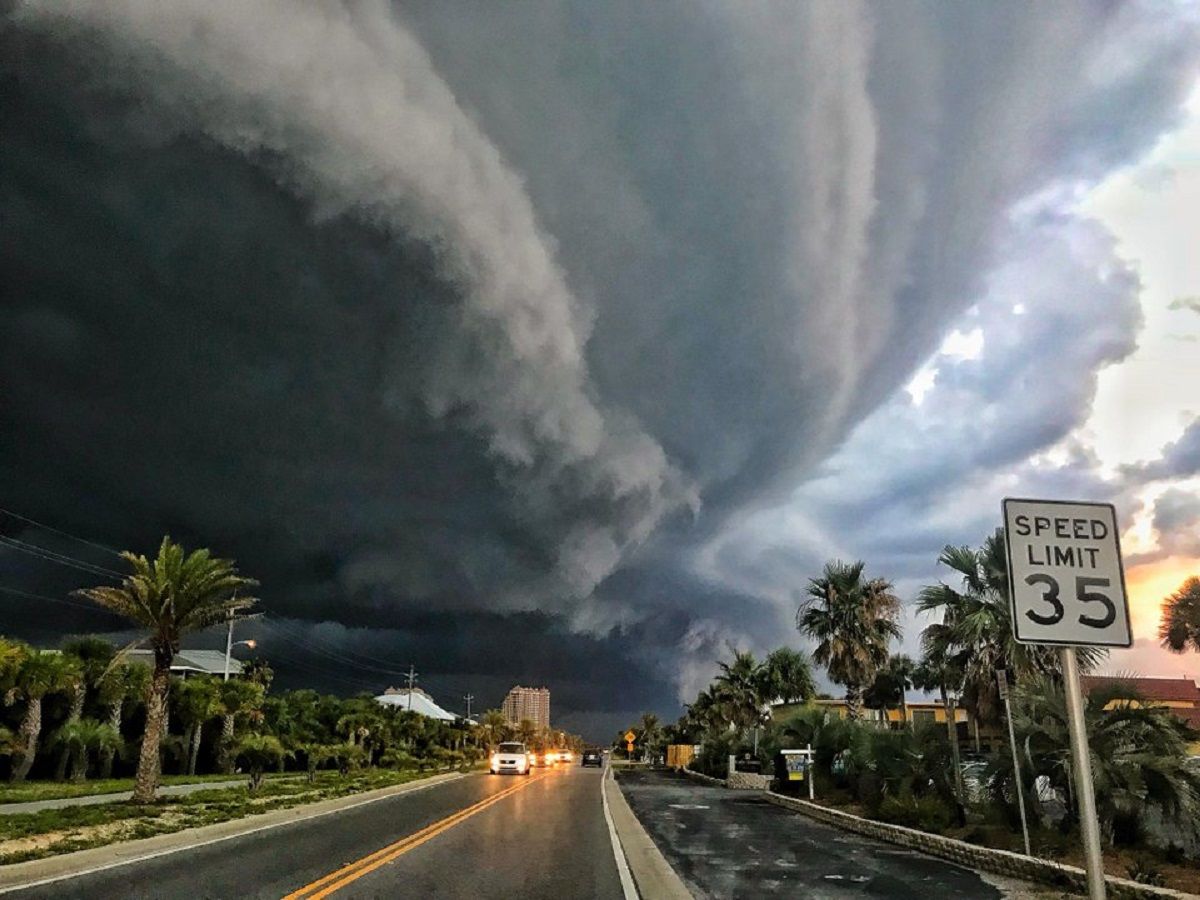 Claim:
A photograph shows Hurricane Michael as it made landfall in Florida.
Rating:

A photograph purportedly showing Hurricane Michael as it approached Panama City, Florida, on 10 October 2018 was widely shared on social media: This photograph appears to genuinely captured a storm approaching Florida, but that storm was not Hurricane Michael.

This photograph has been online since July 2018, approximately three months before the formation of Hurricane Michael, when it was posted to the Pensacola section of Reddit under the title "A friend's husband took this pic of the storm approaching Pensacola Beach last night."

The Reddit user who posted the image also identified the photographer as Sean Rogan.

Hurricane Michael devastated communities in the Florida panhandle, as well as locations in Georgia, Virginia and the Carolinas:

At least 11 people have died from Hurricane Michael, which slammed into Florida's Panhandle with 155-mph winds on Wednesday. The storm hacked a trail of catastrophic destruction in Georgia, the Carolinas and Virginia before finally heading back out over water.

Five deaths were reported in Virginia, in addition to four in Florida, one in Georgia and one in North Carolina.

More than a million people are without electricity, and areas along the Gulf Coast and elsewhere report severe outages of cellphone service and other communications. As Michael moved through the Mid-Atlantic on Thursday and overnight, flash flood warnings were sent to people in towns from the coast to the slopes of the Appalachian Mountains.