Is This a Video of Hurricane Dorian Approaching Florida?

The hurricane was making its way across the Atlantic Ocean in early September 2019, but that doesn't mean this image is authentic. 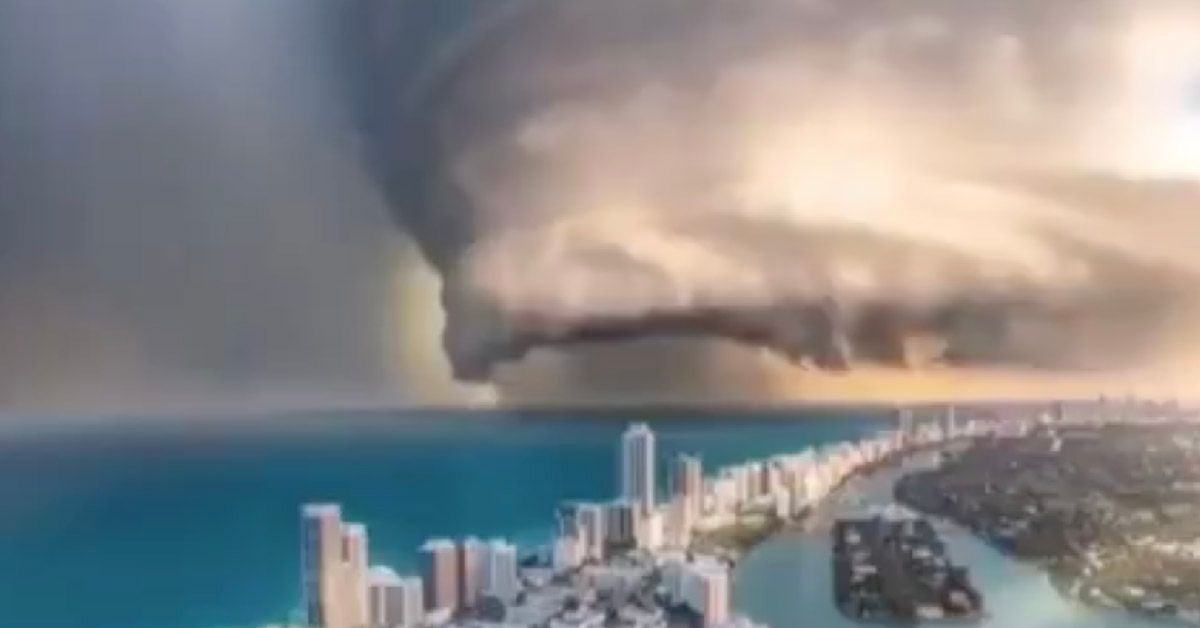 #HurricaneDorain over #Florida ! Pray it passes without doing much damage & zero loss of life ? pic.twitter.com/dybG8jy8lY

The foreground of this animated image was taken from a stock photograph of Miami Beach, Florida. The cloud portion of this image appears to come from a May 2016 photograph of large supercell storm over Leoti, Kansas: Digital artist Brent Shavnore first put these two images together for an artwork he shared to his Instagram page in April 2019:

"The world outside had it's own rules, and those rules were not human." Michel Houellebecq

Shavnore's Facebook page describes his artwork as "mind blowing dreamy images of seascapes and anything imaginable." While much of his work borders on the surreal, this isn't the first time that someone has tried to pass off one of his pieces as genuine. In May 2018, another one of his digital creations was shared as if it were a genuine photograph of Subtropical Storm Alberto approaching Pensacola Beach.