Was the 'World's Biggest Spider' Found in the UK?

It's a big spider. Whether it's "the biggest" spider ever is another question. 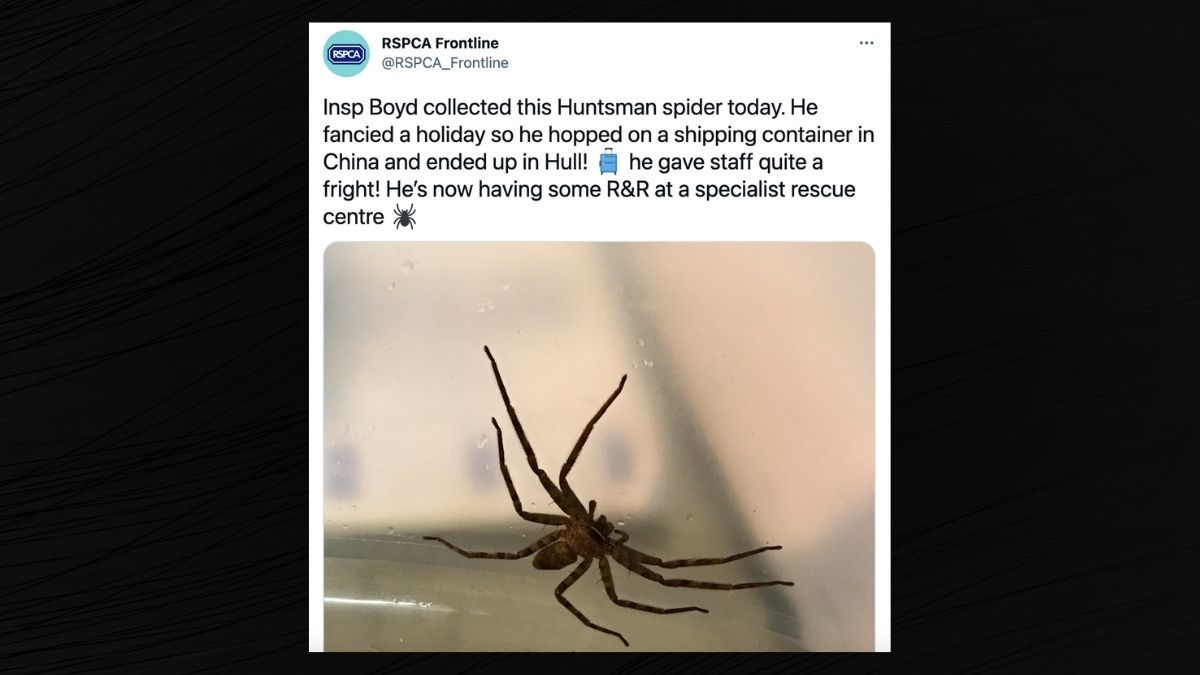 Claim:
The world's biggest spider was found in the U.K.
Rating:

In February 2022, various news sites published headlines reporting that the "world's biggest spider" had been found in the U.K. after it emerged from a shipping container.

Headlines like, "World's Biggest Spider Discovered In the UK," as reported by British viral news outlet Unilad, might leave the reader with the impression that a world record-breaking mega-spider was found in the U.K. Instead, the story reports that one of the largest types of spiders was found.

There's no evidence, however, that the individual spider found in the U.K. shipping container is itself the world's largest spider. Instead, stories reporting on the incident simply note that the arachnid is a Huntsman spider. Huntsman spiders can get as large as a foot across in leg span, or roughly the size of a dinner plate.

After emerging from the shipping container in the port city of Hull, the spider was turned over the to Royal Society for the Prevention of Cruelty to Animals. The organization tweeted the spider had come to the U.K. in a cargo ship from China.

The Huntsman spider's bite isn't lethal to humans, although it causes symptoms that can include swelling, and pain at the bite site, as well as headaches and nausea.