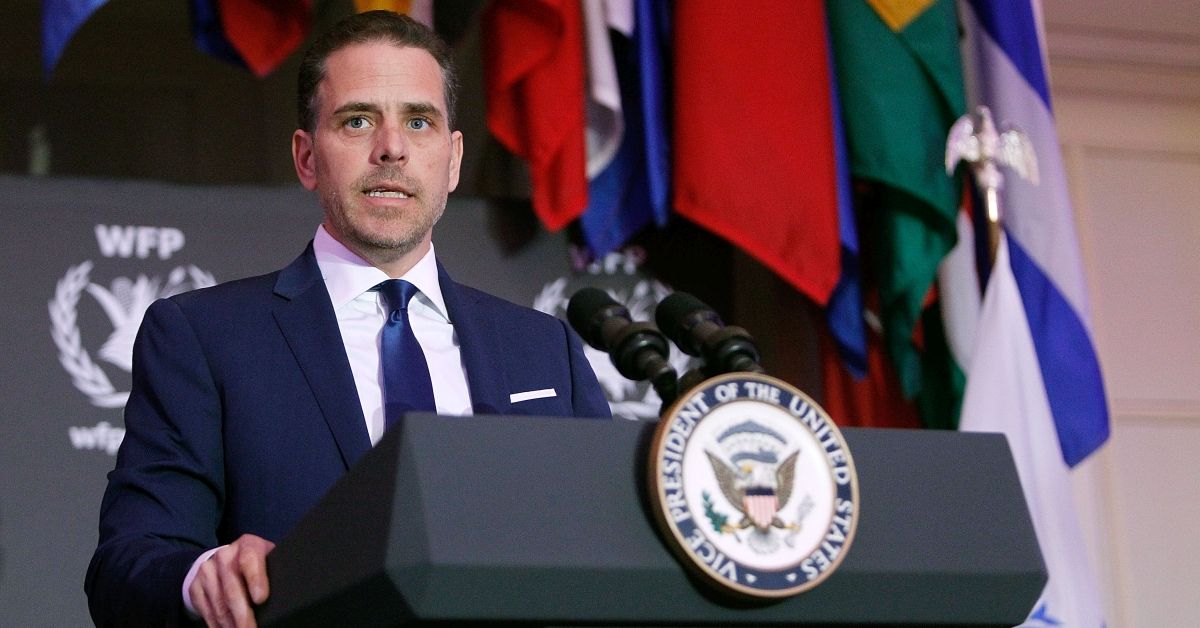 Claim:
In an interview broadcast on April 4, 2021, Hunter Biden, the son of U.S. President Joe Biden, said he mistook parmesan cheese for crack cocaine in the past and accidentally smoked the dairy product.
Rating:

While it was true Hunter Biden said, "I probably smoked more parmesan cheese than anyone," his statements implied that he mistook other granular items for the drug during the depths of his crack addiction. Additionally, it was false to frame that quote as a confession that he sought out and smoked parmesan cheese, specifically, to try to get high.

Among them was that he purportedly confessed to mistaking parmesan cheese as crack cocaine, accidentally smoking the dairy product in an attempt to feed his physical dependency on the illegal drug. (Another rumor that stemmed from the CBS interview was that he admitted the controversial laptop allegedly containing evidence detailing his business dealings in Ukraine "could" belong to him. See our fact check into that claim here.) The claim about cheese was true at face value, though numerous social media posts (like the one displayed above) omitted context — including Hunter Biden's tone of voice and explanation for making the error during the depths of his drug addition — to make the framing of the quote misleading. Rather, he did not admit to trying to get high by going to the refrigerator or grocery store for parmesan cheese "because it resembled crack," like some headlines and tweets potentially implied.

The quote occurred in the CBS segment after Smith narrated a brief explanation of his years-long problems abusing alcohol and drugs — addictions that he said worsened after the death of his older brother, Beau Biden, in 2015. Hunter Biden told the interviewer he eventually went to rehab, in part, due to the intervention of his father, who was U.S. vice president at the time. But, not long after leaving the treatment facility, the younger brother relapsed. Smith and Biden continued:

Smith: You would wake up some mornings -- I shouldn't even say 'some mornings' because you slept for like 15 minutes at a time -- and be looking for crack and just smoke whatever was there?

Hunter Biden: Yeah, you know, I spent more times on my hands and knees picking through rugs, smoking anything that even remotely resembled crack cocaine. I probably smoked more parmesan cheese than anyone (laughs), anyone that you know I'm sure, Tracy.

Smith: (laughs) Because there'd be crumbs mixed in and you just?

Hunter Biden: Yeah, yeah. I mean, I went one time for 13 days without sleeping and smoking crack and drinking vodka exclusively throughout that entire time.

In other words, he said he was so physically dependent on the drug that he would crawl around "picking through rugs, smoking anything that even remotely resembled crack cocaine" — including parmesan cheese — to feed his cravings, and try to stave off withdrawal symptoms.

For that reason, we rate the claim "True," with the following caveats: While making the statement, he laughed in a way that could be interpreted as self-deprecating, and he implied cheese crumbs were not the only granular items that he routinely mistook for the drug. Also, it was erroneous to frame anything but crack as the targets of his searches to get high during the depths of his addiction, according to his statements.

Below is the full CBS segment, which promoted Hunter Biden's 2021 memoir titled, "Beautiful Things," with the in-question exchange about cheese crumbs and crack beginning around the 2-minute mark: