Real Raw News has published a number of fictitious articles falsely claiming that everyone from Hillary Clinton to Bill Gates had been arrested. 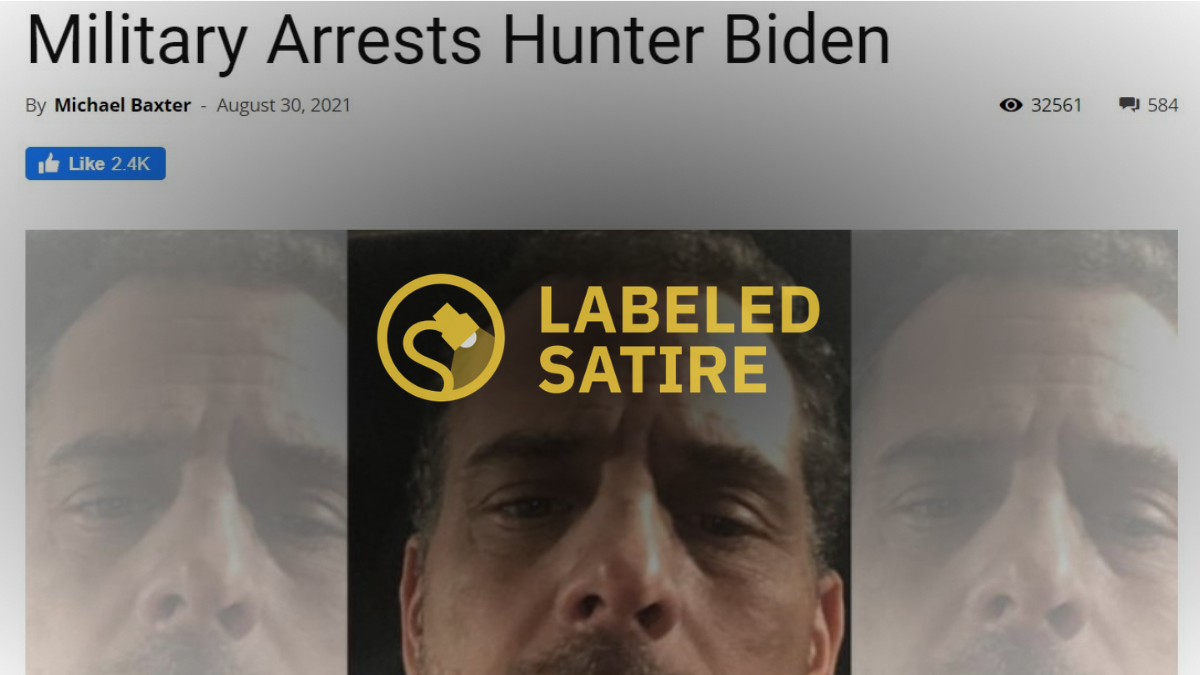 Hunter Biden was not arrested in August 2021 at Dulles International Airport in Washington, D.C. This claim is just another piece of fiction invented by the website Real Raw News. On Aug. 30, 2021, Real Raw News published a fictitious article claiming that U.S. President Joe Biden's son Hunter had been arrested after returning to the United States from Dubai. The website falsely claimed that Biden had drugs and was being accompanied by two underage girls.

This article, like all of the articles on Real Raw News, is a work of fiction. In a disclaimer that was added at "the advice on legal counsel," Real Raw News states that "this website contains humor, parody, and satire."

The pages of Real Raw News are filled with stories from an alternative universe where the wildest fantasies of QAnon conspiracy theorists come true. In March 2021, the website falsely claimed that Navy SEALs broke into former Secretary of State Hillary Clinton's home, tranquilized her, then arrested her for treason. This, of course, conflicted with a story (as well as reality) the website had written the month prior, stating that Clinton had been convicted of murder a military tribunal.

The website has also falsely claimed that Delta Force had raided President Joe Biden's compound, that U.S. Marines had refused to provide security for Biden's inauguration, that Microsoft co-founder Bill Gates was being held in a military prison, and that actor Tom Hanks had been executed by the military.

While Real Raw News carries a disclaimer, this website's content is often republished by even less reputable websites that make no such declarations. The false story about Hunter Biden being arrested, for example, was reproduced on Truth11, a website that claims to be "dedicated to the truth" and "true journalism."