Two women who were enjoying a day of kayaking received the surprise of their lives when they had a close encounter with a humpback whale. 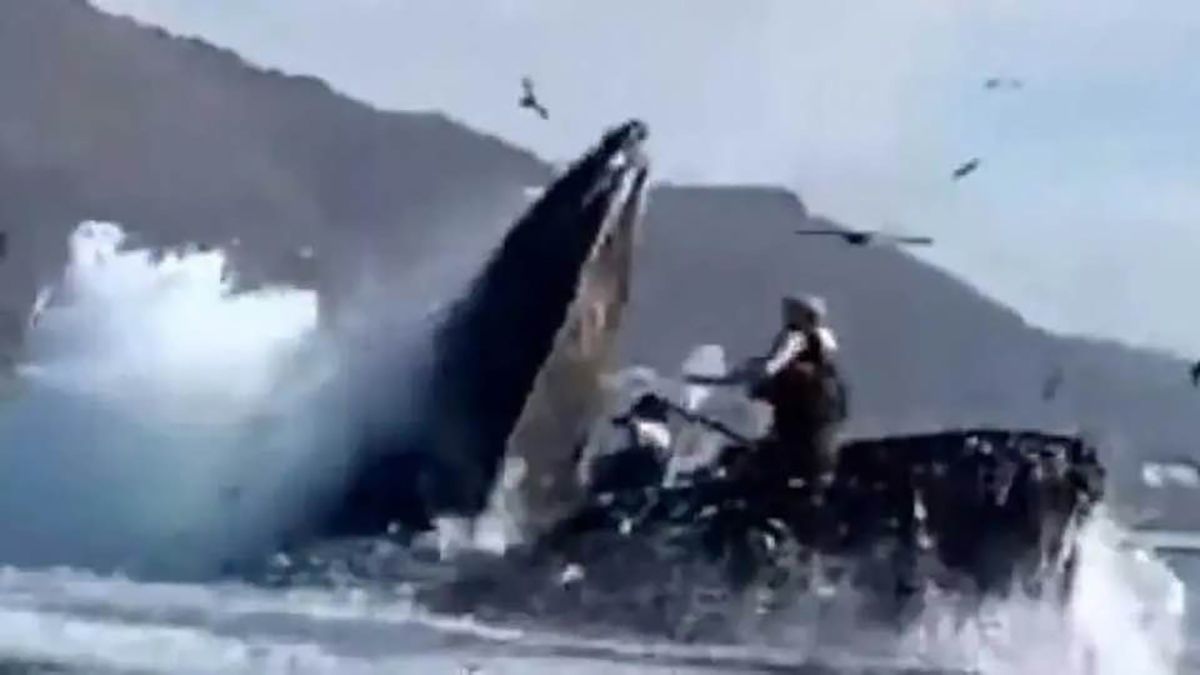 The video is real and was shot in Avila Beach, California, on Nov. 2, 2020. We received word from one of the two women involved who indicated that she believes, on the basis of viewing the videos and photographs, that they were inside the mouth of the whale for a brief moment before being spit out. However, they weren’t “swallowed” into the animal’s gut, as was claimed in the headline of a viral Facebook post.

On Aug. 1, 2022, readers inquired about the legitimacy of a video on Facebook that claimed to show a humpback whale "swallowing" two women who were kayaking in California. The post began with the words, "A humpback whale swallows two girls in California," and continued as follows:

In the US, off the coast of California, two girls kayaking nearly became lunch for a humpback whale hunting a school of fish.

The sea giant suddenly arose from the depths exactly in the place where the boat was sailing - the women were trapped in the mouth of the whale.

After a few seconds he spat them out. Fortunately, there were no casualties.

While the video on Facebook was real, the whale did not "swallow" the two women into its gut. At the end of the caption of the video, it said that the pair of women were spit out after a few seconds. (After the Facebook post with the video went viral, this same claim was subsequently made elsewhere on TikTok and YouTube.)

The video was originally posted on Nov. 2, 2020, the same day the incident occurred. The setting was Avila Beach, California, which is located along the coast around halfway between Los Angeles and San Francisco:

We also found this alternate angle of the same moment with the whale and two women:

"I saw the big pool of fish, the big bait ball come up out of the water," McSorley told CNN affiliate KMPH. "I saw the whale come up. I thought, 'Oh, no! It's too close.'"

Footage from a witness nearby makes it appear as if the kayakers are being swallowed by the whale, but the two just tipped over.

"The whale was right here in my face, literally," Cottriel told KMPH.

This reporting from CNN appeared to indicate that the two whale watchers were perhaps never inside the mouth of the animal. However, McSorley reached out to us directly by email after this story was published. She said, "From what I initially felt, when I saw the video I thought it must be an optical illusion that we were in the whale’s mouth, but after seeing the other video from the back and the video we had around our neck, as well as the still photos, it is clearly apparent we were in the whales mouth fully as he entered the ocean."

In sum, the popular video on Facebook that showed a humpback whale having a close encounter with two women in California was real. They weren't "swallowed" and eaten, despite what the first line of the post said.

Note: We previously reported on this same video after another viral social media post also showed a misleading caption that claimed, "Yo a whale really ate this lady."