Does This Video Show a Real Human-Like Robot? 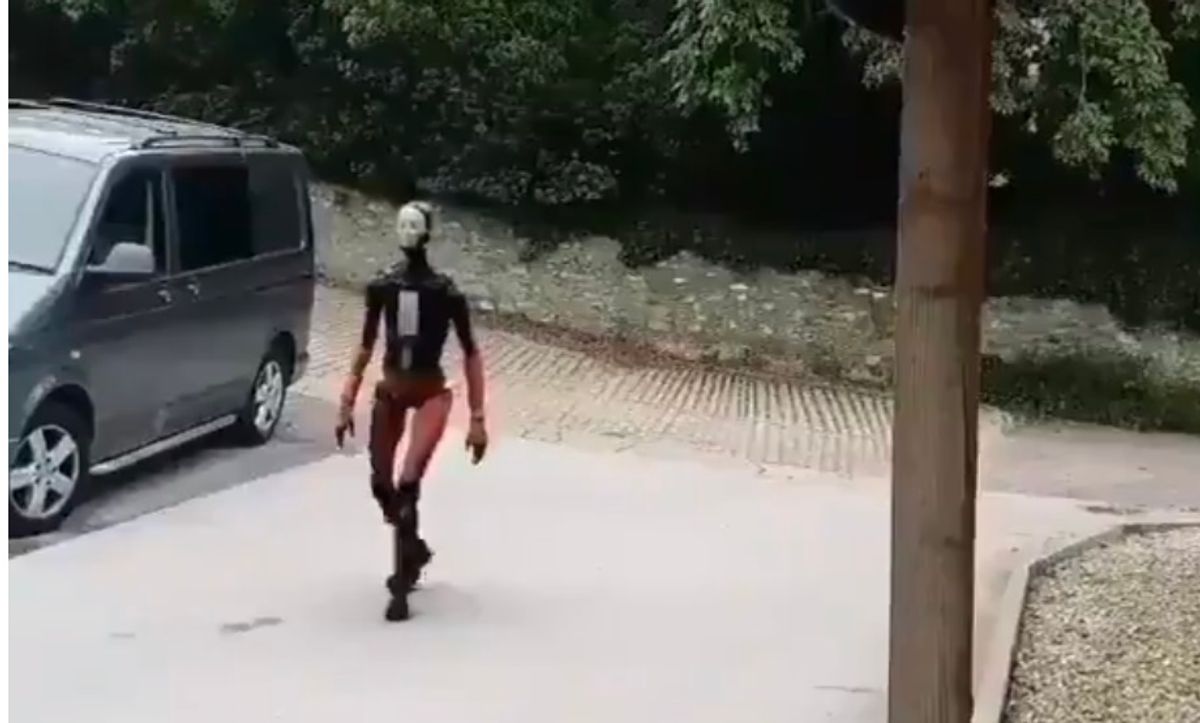 Claim:
A video shows an amazingly human-like robot walking up a driveway.
Rating:

A video purportedly showing an amazingly human-like robot walking down a driveway began to go viral (along with expressions of robophobia and cyber-dystopianism) in mid-August 2018:

Although many social media users reacted as if the clip demonstrated a Terminator-like cyborg were on the loose, the video actually featured a computer-generated character originally created for a series of short films from filmmaker Neill Blomkamp and Oats Studios.

Blomkamp attempted to quell the internet's fears about a robot uprising and shared the first installment from the "Adam" series:

The "Adam" films were created with an advanced CGI gaming engine called Unity. Although this character is certainly most well known for appearing in Blomkamp's films, it is also a downloadable asset, allowing other filmmakers and video game creators to place it in their own projects.

The viral video of the human-like robot was created by film maker and VFX artist Maxim Sullivan and was originally posted to Twitter on 12 August 2018:

In response to a question from Gizmodo reporter Matt Novak, Sullivan explained that he filmed the background with his phone and then added the Adam character in post:

Hi. I took the background footage with my phone. Put the character in post. Was just testing an HDRI lighting setup I'd made ... And it seems to have gone viral. :) Robot is a free download for the unity game engine.