The Human Meat Project website appears to advocate cannibalism as the solution to climate change, overpopulation, and mass starvation. 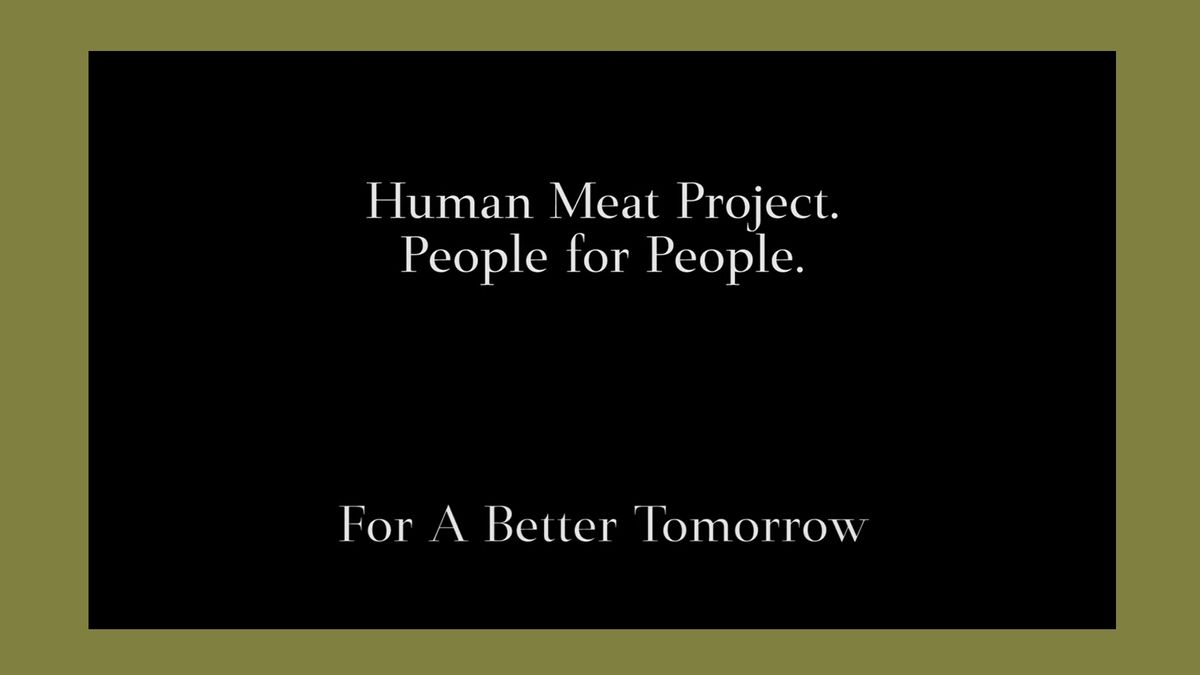 Claim:
The Human Meat Project is a real organization that solicits human cadavers to be processed into "human meat" for human consumption.
Rating:

In late 2022, we began receiving inquiries as to the authenticity of a website called the Human Meat Project, which purports to solicit the donation of human bodies and body parts to be butchered and distributed as food for human consumption.

"By donating bodies for human consumption, we are taking action to solve overpopulation, which leads to climate change and the greenhouse effect caused by the mass farming of livestock animals in order to feed the world," the website claims. "The practice of cannibalism is not uncommon in living beings. In both the animal kingdom and our human history, the consumption of one's own species has existed."

Despite such claims, when we actually looked into it we found that the website is a performance art project, not a real experiment to see if cannibalism can save the world. "This is purely a conceptual art project and will not be acted out in real life," the site's Terms and Conditions page states. In essence, the entire website is an art exhibition.

Real or not, the concept has not gone over well with the public. On social media we found video clips like the following expressing shock and horror at the proposal that "human meat" be produced for wide consumption, whatever the humanitarian justification:

Sadly, we were able to find no information at all about the artist(s) behind the Human Meat Project, but we reached out via the website's contact form and will update this article if we learn more.

The Human Meat Project is reminiscent of a 2001 internet hoax called ManBeef.com, a faux commercial website that promoted itself as "Your choice for quality human meats, and gourmet human meat products." 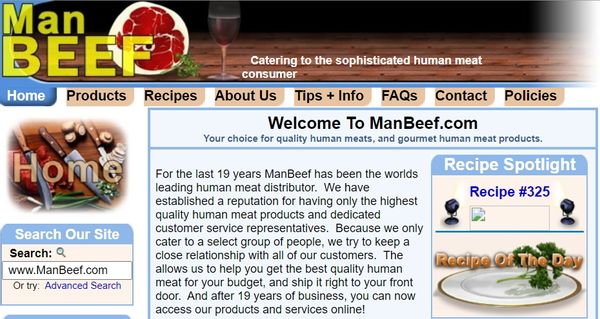