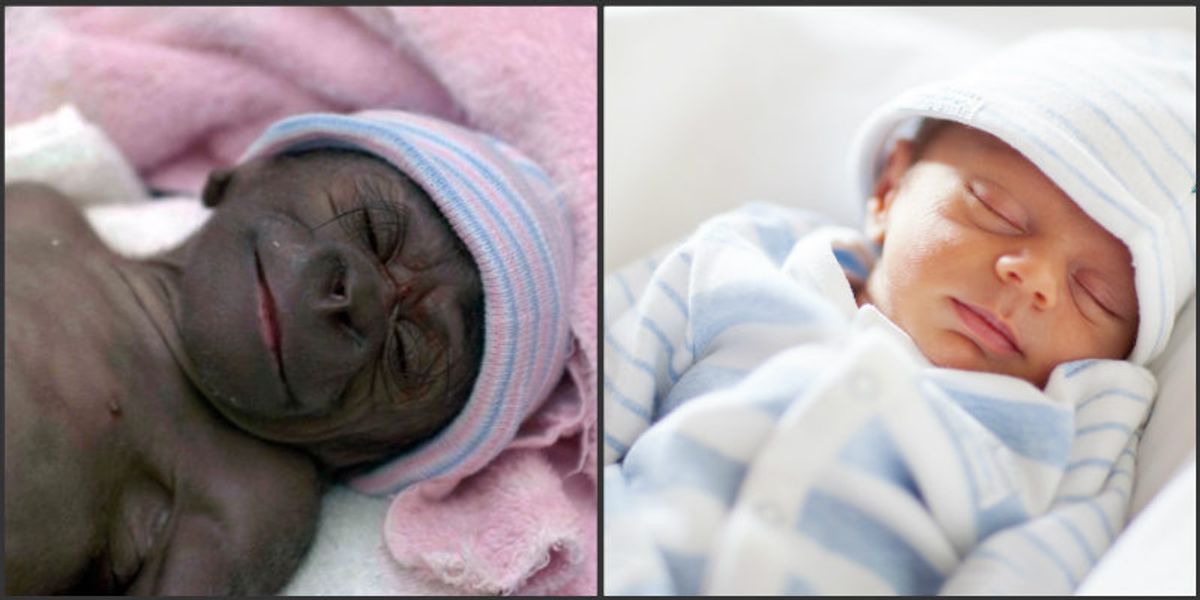 An image purportedly showing Hurilla, a hybrid human-gorilla infant, began recirculating online after it was shared by multiple viral content sites on 30 May 2016: A shocking report coming out of the Indian University of Science in Bengaluru, Karnataka announces they have successfully cloned a half human, half gorilla hybrid. Gorilla and human genetic experimentation has been going on secretly since the 1980s, in multiple countries. It was only inevitable that the success of these experiments would finally take place. They are calling him ‘Hurilla.’ At just seven weeks of age, ‘Hurilla’ weighs approximately 18.2 pounds and is 24 inches long; They expect him to grow to approximately 250 – 300 pounds with a height not to exceed 6 feet.

The image displayed above has been the central focus of several fake news stories about hybrids of human beings and other species, although these stories frequently feature conflicting reports. For instance, the entertainment web site Stuppid used the image in an article claiming that the picture showed a "humanzee," a cross between a human and a chimpanzee, and that the creature began life in Nigeria, not India.

This photograph, however, shows neither a "humanzee" nor a "hurrilla," nor any other form of hybrid animal. The original was taken in 2005 and captured a glimpse of a baby gorilla that had just been born at Busch Gardens in Tampa Bay, Florida:

A baby gorilla has been born at a wildlife park in Florida.

The primate's arrival caused a lot of drama at Busch Gardens zoological hospital.

After an examination of his mum Kishina, 33, vets were worried about the baby's welfare and was delivered by "a very rare" emergency caesarean.

As many readers are unfamiliar with what a newborn gorilla looks like, the image of this one
was lightened and shared as a supposed photograph of a human-ape hybrid.