Assuming a connection between severe diaper rash and brand-related chemical burns may be misplaced. 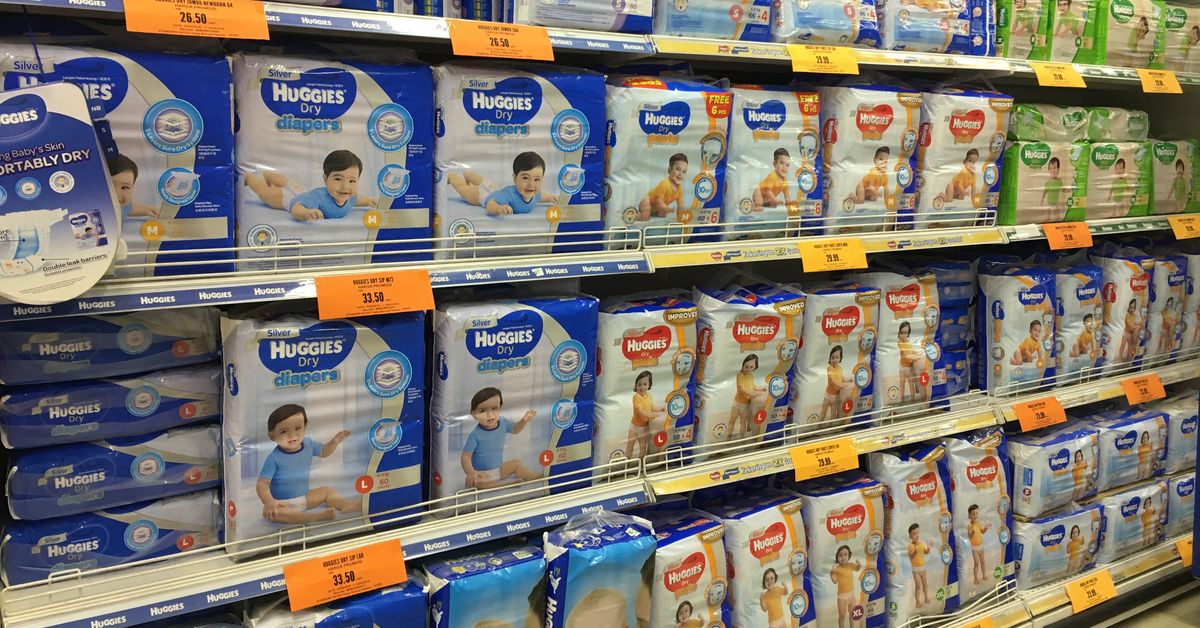 An item (originally circulated in November 2013) about a child receiving severe chemical burns caused by Huggies Snug and Dry brand disposable diapers is quite similar, save for a change in brand names, to a piece circulated in 2010 about Pampers brand Dry Max diapers. In both cases claims were asserted that the named brands of diapers contained a chemical that in ordinary use could cause severe burns on the skin of the children wearing those diapers.

However, in the Pampers case thorough review and testing of that brand of diapers by both U.S. and Canadian government safety regulatory agencies found no cause and no link between Pampers brand diapers and the reported cases of severe diaper rash and chemical burns. This 2013 Huggies case appears to be more of the same. Is it?

**ATTENTION*** DIAPER USING PARENTS!!! ***Do NOT use HUGGIES SNUG AND DRY

DIAPERS!!!This past Friday night my 21 month old son Parker was treated in the emergency room for 2nd degree Chemical burns on his leg. This was caused by the diaper breaking and the gel on the inside of the diaper being trapped in his pants on his leg while he napped! I am in the process of filing formal complaints with Consumer Affairs and the Better Business Bureau! These departments have informed me Parker is not the only case of this!!! PLEASE SHARE this for all to see and maybe prevent another innocent baby from being harmed! Just as in the Pampers case, the Kimberly-Clark corporation (Huggies' parent corporation) noted in their response to this item that the materials found in their Snug and Dry brand disposable diapers are the same as those that have been used in nearly every other brand of brand disposable diapers for many years, have all been thoroughly tested, are not toxic or harmful, and have generated very few complaints:

When we first learned about this, we immediately reached out to the mom to express our concern and learn as much as we could about what happened. In addition to requesting samples of the diapers used by the mom for testing, we also initiated an internal review. While we have not yet received any samples from this consumer, our internal review has not found any product issues or abnormalities.All of our products must pass stringent safety reviews prior to making it to retailer shelf. This review includes the super absorbent material in question which has been thoroughly evaluated by more than 450 medical and scientific studies and has been used safely for years in our HUGGIES products and across the diaper industry.

There is no indication that this complaint is part of any larger product issues. Complaints of this nature are highly unusual — in fact over the past six months the rate is about one for every 40 million diapers sold. We take our responsibility to provide families with products they can use with confidence very seriously, and will continue to do everything we can to understand what occurred and how we can help.

The Superabsorbent material (SAM) found in HUGGIES diapers is being used in virtually all disposable diapers on the market today.

Superabsorbent materials (SAM), also known as polyacrylate absorbents, are a family of polymers that have extraordinary absorbency — the particles will absorb up to 100 times their weight in moisture. The safety of superabsorbent material has been proven in more than 450 consumer safety tests that have studied every way a person could come in contact with it — through skin contact, ingestion or even inhalation. Each study has consistently demonstrated the safety and efficacy of this material.

Superabsorbent material in diapers offers significant benefits, like drawing wetness away from baby's skin and helping to keep baby's skin healthy. In HUGGIES diapers, superabsorbent material is mixed with the fluffy diaper padding. This material turns liquid into a gel, helping to prevent leakage. Occasionally, you may see small beads of gel on the diaper or on your baby, but the gel is nontoxic and not harmful.

Such negative findings inevitably prompt howls of outrage from people along the lines of "How can you claim that all those parents were lying about what happened to their children?" But that isn't the case: no one is claiming that parents are fabricating such reports; the issue of one of confusing cause with effect.

Children can and do develop severe cases of diaper rash and symptoms resembling chemical burns for a variety of reasons independent of what type or brand of diaper they use. To assume that an observed rash or burn in a diaper-wearing toddler must be directly and solely related to the brand of diaper worn without reproducible confirmatory evidence is an example of the post hoc ergo propter hoc logical fallacy.

As well, to believe that a particular brand of disposable diaper poses a general danger of severely burning children in its ordinary use requires the additional beliefs that major companies who have been in the disposable diaper business for many years have suddenly unleashed new varieties of those products on the market without conducting the minimal testing necessary to uncover such issues, that the source of the reported hazard is obvious despite the fact that in-depth testing by government regulatory issues can't uncover it, and that this looming danger threatens all children who wear a particular brand of disposable diaper even though only a relative handful of the millions of consumers who use the brand have reported such issues.

A much more logical belief is that such cases, while real, are coincidental or only indirectly related to the brand of diaper used. Children may receive rashes and burns from other external sources unknown to their parents, such as exposure to caustic substances. Children may experience severe allergic reactions to something they've been exposed to (inside or outsider of their diapers). Children may develop cases of diaper rash so severe that they resemble chemical burns just as a matter of course and not because of the brand of diaper they're wearing. Other contributory factors may also come into play that produce rash or burn-like effects in only a small number of cases, such as unrealized interactions with other household products (e.g., bleaches or cleaning agents), the content of a child's excretions, children being left with unchanged diapers for far too long, or children experiencing some other type of medical issue that creates or exacerbates symptoms.

Likewise, confirmation bias is strong in such cases. People report and pay attention to only those cases that fit the suspected pattern, while ignoring cases of parents who report the same symptoms even though their children don't wear the identified type or brand of diapers, or parents who use the identified type or brand of diaper with no problems.

Many explanations are possible for these types of phenomena other than the commonly attributed or seemingly obvious ones. As it did with Pampers, we suspect that was the case here