Were Houston Residents Warned to Use Gas Masks During Mosquito Spraying?

A warning video about the use of the insecticide naled in parts of Texas gets some facts wrong and greatly exaggerates the risk to the public. 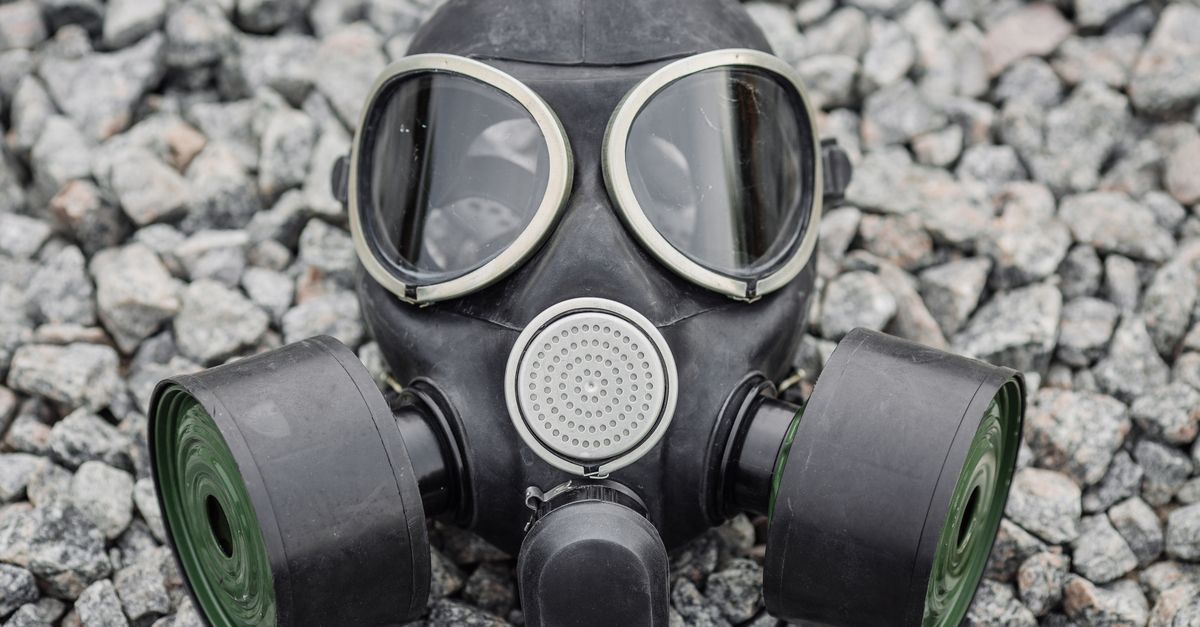 Claim:
In September 2017, authorities in Houston, Texas warned residents to use gas masks as they sprayed the area with a neurotoxic insecticide that "causes brain damage".
Rating:

Authorities in Harris County, Texas did spray for mosquitoes using the insecticide naled, which can be considered a neurotoxin, though these effects are dose dependent.

Authorities did not warn residents to don gas masks; the risk of neurotoxic damage in humans is limited to exposure to naled at a far higher concentration than would be experienced with ultra-low volume aerial spraying.

In September 2017, the "Stranger Than Fiction News" Facebook page claimed in a post and video that authorities in Houston, Texas had warned residents to put on gas masks while aircraft sprayed for mosquitoes in the aftermath of Hurricane Harvey:

HOUSTON WARNS RESIDENTS TO USE GAS MASKS AS C-130 GUNSHIPS RAIN DOWN TOXIC SPRAY IN FIGHT AGAINST MOSQUITOS.

The video features graphics (edited to look like those used in authentic news reports) which read: "Breaking news: Houston to spray neurotoxin for mosquito control." In the video, a local news broadcast is edited so that a narrator's voice claims that aircraft are "spraying neurotoxins everywhere":

What makes this worse is that the neurotoxin they're using — naled — is banned in the European Union and other countries because it's a known neurotoxin that causes brain damage.

Authorities in Harris County, Texas did schedule mosquito spraying during the week of 14 September 2017, and they did sanction the use of naled, which is not allowed for use as a pesticide in the European Union but is authorized for use in the United States.

The process by which the European Union and the United States review potential risk from chemicals differs, and often times results in conflicting assessments. In the European Union, naled is not authorized for use as a pesticide; it carries warning labels indicating that it is a toxin and an irritant, though these effects occur at higher concentrations than would be expected from mosquito spraying.

On 13 September 2017, the Harris County Department of Public Health announced that a program of aerial spraying would begin the following day in order to counteract the risk posed by mosquitoes, which had been present in unusually large numbers in the surface water left behind by Hurricane Harvey:

The rain left behind by Hurricane Harvey has created large areas in Harris County where mosquitoes can lay their eggs. To address increasing numbers of mosquitoes and the risk they pose to the recovery effort and public health, the U.S. Air Force Reserve’s 910th Airlift Wing flying modified C-130 cargo planes staged out of Kelly Air Force Base in San Antonio will be conducting an aerial spray operation beginning Thursday evening, September 14 and may take more than one day. The plan is to spray approximately 600,000 acres by air, weather permitting.

A spokesperson for the Harris County Department of Public Health told us that the spraying was officially scheduled to continue through 20 September 2017. The announcement continues:

...The insecticide, Dibrom (EPA-approved), is routinely used for aerial spray operations to combat mosquito-borne disease and will be used during the spray operation in Harris County. Dibrom is considered safe for the environment and is applied by licensed applicators, according to the label instructions.

Dibrom is a brand name for naled, the chemical highlighted in the Stranger Than Fiction Facebook video. The federal Environment Protection Agency (EPA) says of naled:

When applied according to label instructions, EPA does not expect the use of naled for public health mosquito control to raise a human health concern. People are unlikely to breathe in amounts large enough or touch anything with enough insecticide on it to harm them. However, anyone who is concerned because of an existing health problem should talk to their doctor. Also, people who tend to be sensitive to chemicals in general, including household chemicals, could experience short-term effects, such as skin, eye, and nose irritation.

Naled's classification as a neurotoxin stems from its ability to cause cholinesterase depression, a harmful lowering of the levels of cholinesterase, an enzyme important to the functioning of nervous system. (In fact, that's how naled works: it lowers cholinesterase in insects to a level that proves fatal to them.) Again, these effects — which have primarily been investigated using animal studies — are not relevant to the concentrations found during mosquito spraying.

The primary research on pesticides and cholinesterase depression in humans revolves around farmworkers or other groups who are exposed to pesticides on a daily basis, and at much higher concentrations than the "ultra low-volume" mist involved in aerial mosquito spraying, especially by the time that spray reaches the ground. An Environmental Protection Agency spokesperson told us that they have taken the risks into consideration:

EPA has estimated the exposure and risk to both adults and children posed by ultra-low volume aerial and ground application of naled. Because of the very small amount of active ingredient released per acre of ground, exposures were below an amount that might pose a health concern. These estimates assumed several spraying events over a period of weeks, and also assumed that a toddler would consume some soil and grass in addition to skin and inhalation exposure.

Because naled is applied at ultra-low volumes, low rates and does not persist in the environment, when applied according to label instructions, EPA does not expect the use of naled for public health mosquito control to raise a human health concern. People are unlikely to breathe in amounts large enough or touch anything with enough insecticide on it to harm them.

Dr Jeffrey G. Scott, a professor of entomology at Cornell University, told us:

Under normal circumstances it would not be expected that a person would be able to pick up a lethal dose in a treated area.

On the whole, the claims made in the "Stranger Than Fiction" video (seeking as it does to warn viewers that authorities in Houston, Texas are spraying a "deadly" neurotoxin that "causes brain damage") are mostly false. It's true that the Harris County Department of Public Health, in collaboration with the United States Air Force, did spray naled over the county in September 2017, and naled is an organophosphate pesticide which kills insects by lethally suppressing their nervous system (i.e. is a neurotoxin).

However, authorities in Harris County did not warn residents to wear gas masks during spraying, and the risk of neurotoxic damage to humans is largely limited to close exposure to naled in high concentrations — not the type of exposure expected in aerial spraying, which uses naled at an "ultra-low volume" and involves significant dissipation of the chemical by the time it reaches the ground.

Quandt, Sara A. et al.  "Cholinesterase Depression and Its Association With Pesticide Exposure Across the Agricultural Season Among Latino Farmworkers in North Carolina."   Environmental Health Perspectives.  Vol. 118.5, May 2010.