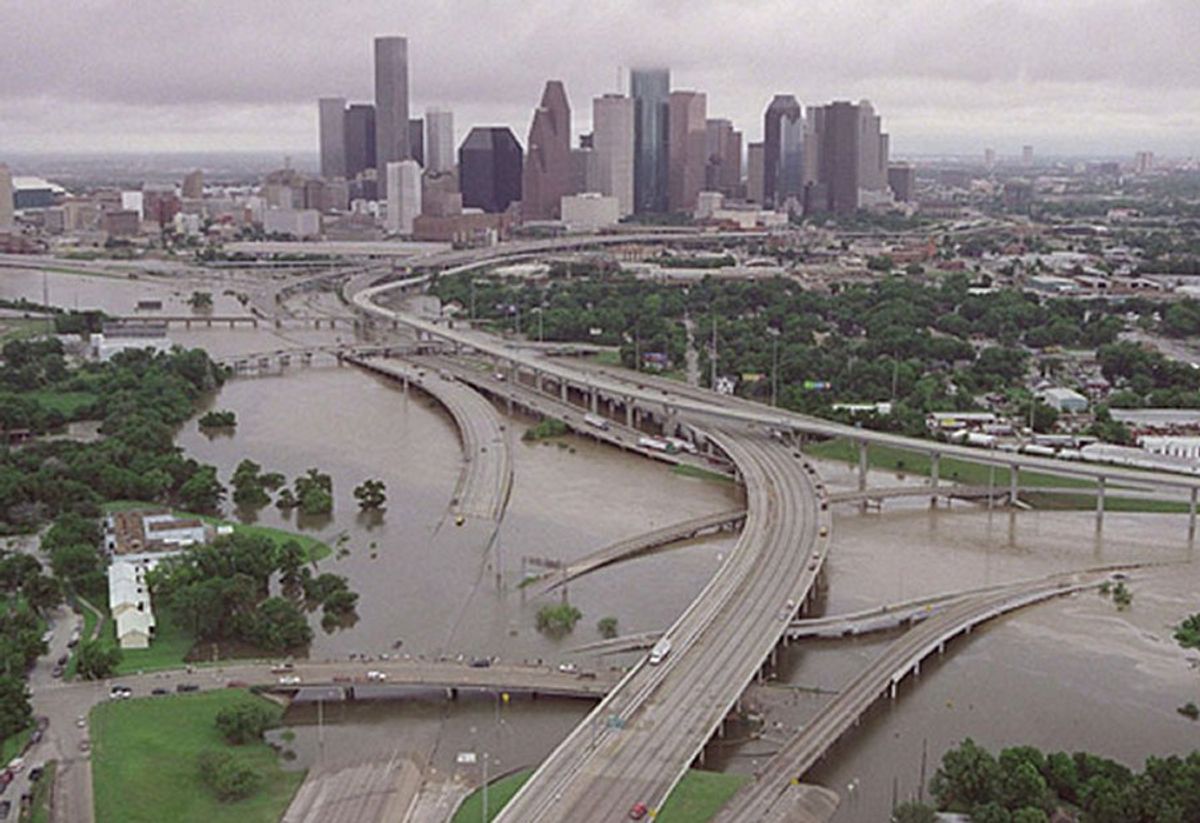 Does this photo show Houston after severe rains in 2015?

No. While this photograph does show flood waters in Houston, the above-displayed image was taken in 2001.

Shortly after a severe storm dropped more than 10 inches of rain on Houston over Memorial Day weekend in 2015, local residents took to Twitter to share photos of the devastation. One of the most arresting images, a shot of the flood waters covering a highway, was shared multiple times: Although this image does depict flood waters in Houston, the photograph was not taken after the storms of May 2015. Rather, it's a picture from 2001 snapped in the aftermath of Tropical Storm Allison.

Reuters reported that the May 2015 torrential rains in Houston left at least 9 people dead, more than 1000 cars submerged, and close to 100,000 residents without power. While the flooding in Houston over Memorial Day 2015 was certainly severe, it doesn't compare to the devastation wrought years earlier by Tropical Storm Allison:


As severe as this Memorial Day flood event was, imagine what happens when a tropical storm moves inland, its remnants stall, then move back over the Houston metro area. Such was the case with Tropical Storm Allison in 2001.

By the time the rains ended, parts of the Houston metro area had picked up more than 35 inches of rainfall over the five-day period, much of which fell during that second round. This is roughly three-quarters of the average annual rainfall in just five days.

Total damage from Allison was estimated at $9 billion, easily the costliest tropical cyclone that never became a hurricane in U.S. history. Allison claimed 23 lives in Texas and became the first non-hurricane to have its name retired by the World Meteorological Organization.

It's common for incorrectly-attributed photos to go viral in the aftermath of natural disasters. Earlier this year, a picture showing two children in Vietnam was shared on Twitter under the guise that it was taken after an earthquake in Nepal.