Did a Democrat-Controlled U.S. House Committee Plan to Remove 'So Help You God' from Oaths?

Fox News posted a draft of new rules for the Committee on Natural Resources in January 2019. 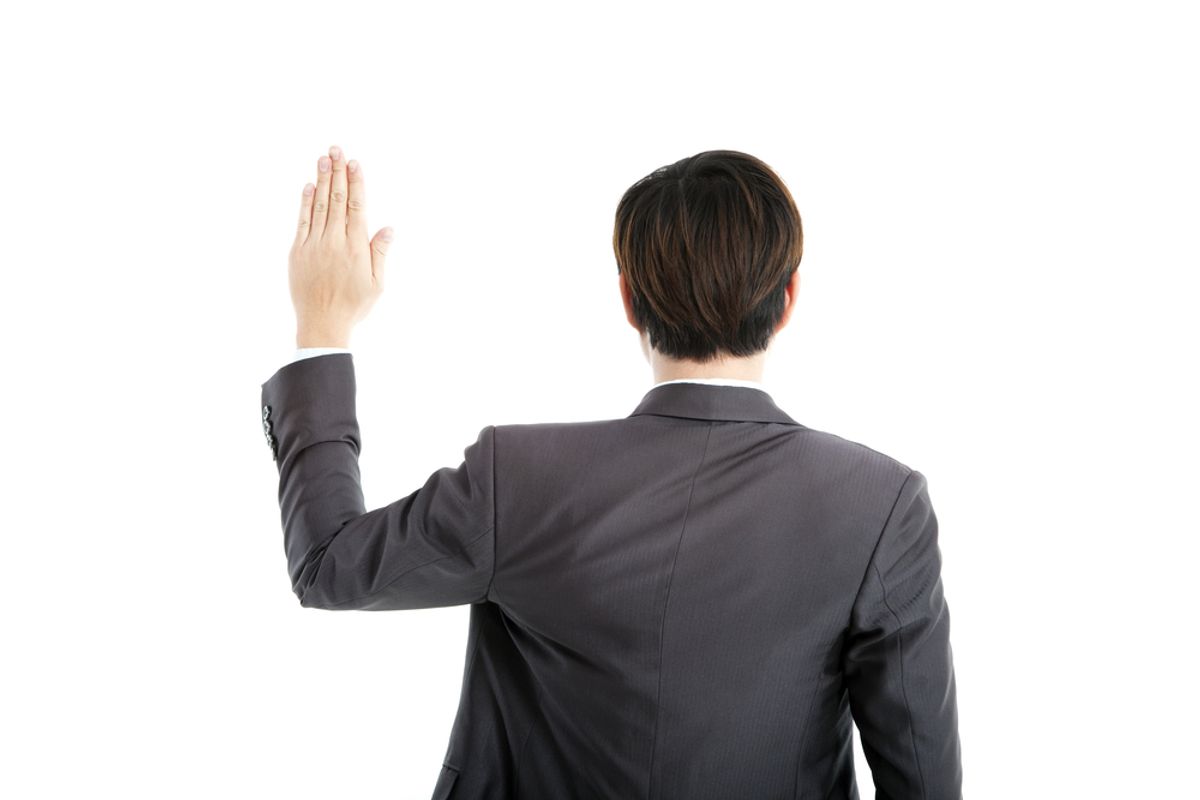 Claim:
The Democrat-controlled House Natural Resources Committee produced a draft rules document that removed "So help you God" from oaths required of witnesses before the committee.
Rating:

Many conservatives in the United States have long perceived and presented the Democratic party and liberals as being ambivalent or even hostile towards organized religion, especially Christianity.

In January 2019, a Fox News report added to fears held by some on the right that the new Democratic majority in the U.S. House of Representatives would attempt to impose its purportedly progressive, secular agenda on that body, including by removing references to "God" from the oath required of individuals who testified before one particular House committee:

A key committee in the Democrat-controlled House of Representatives is moving to eliminate the God reference from the oath administered to witnesses testifying before the panel, as part of a new rules package expected to be approved this week, according to a draft obtained exclusively by Fox News.

The draft shows that the House Committee on Natural Resources would ask witnesses to recite only, "Do you solemnly swear or affirm, under penalty of law, that the testimony that you are about to give is the truth, the whole truth, and nothing but the truth?" The rules proposal places the words "so help you God" in red brackets, indicating they are slated to be cut. The words "under penalty of law" are in red text, indicating that Democrats propose to add that phrasing to the oath.

The Fox News report linked to a document that appeared to be a draft of proposed changes to the rules of the House Natural Resources committee, whose chairperson and vice chairs are indeed Democrats.

On 30 January, the Natural Resources committee convened and unanimously agreed to re-insert the words "so help you God" into the witness oath. After this article was originally published, the committee formally published the earlier draft rules, thus confirming the authenticity of the document Fox News posted online on 29 January. As a result of this authentication, we have changed the rating in this fact check from "Unproven" to "True." Although the committee subsequently abandoned the plan to remove the phrase from the oath, that took place after Fox News first published its report, which was therefore accurate at the time it was posted.

What the document said

It is standard procedure for congressional committees to revise and change the rules under which they operate after the swearing-in of a new Congress every two years.

The rules of the House Natural Resources Committee for the 115th Congress (from January 2017 to January 2019) contained a section governing how committee hearings should be conducted. As part of those rules, section (e) of Rule 4 set out the oath that was to be sworn by individuals who testified before a hearing of the House Natural Resources Committee:

"(e) Oaths. — The Chairman of the Committee, the Chairmen of the Subcommittees or any Member designated by the Chairman may administer oaths to any witness before the Committee. All witnesses appearing in hearings may be administered the following oath by the Chairman or his designee prior to receiving the testimony: 'Do you solemnly swear or affirm that the testimony that you are about to give is the truth, the whole truth, and nothing but the truth, so help you God?'"

According to the draft document originally produced by the same committee (and first published by Fox News), the proposed rules for the same committee in the 116th Congress (which is currently sitting) would have changed the section on oaths by removing the phrase "so help you God," among other alterations:

"(e) Oaths. - The Chair of the Committee, the Chairs of the Subcommittees or any Member designated by the Chair may administer oaths to any witness before the Committee. All witnesses appearing in hearings may be administered the following oath by the Chair or his designee prior to receiving the testimony: 'Do you solemnly swear or affirm, under penalty of law, that the testimony that you are about to give is the truth, the whole truth, and nothing but the truth?'"

The phrase "so help you God" was explicitly labelled for deletion, rather than being accidentally left out. This is because the document included an introductory note that "All changes [are] shown in red, with text proposed to be deleted placed in brackets." And in the original document, "so help you God" was placed within brackets and was in red.

The following graphic shows Rule 4 (e) from the House Natural Resources Committee rules under the 115th Congress (top) and the draft proposed changes for the 116th Congress (bottom):

On 30 January, after this article was published, the Natural Resources committee formally published the original draft of proposed rule changes, which had deleted "so help you God," thus authenticating the document posted by Fox News and confirming the accuracy of the network's report.

The committee also posted the "Manager's Amendment," tabled by Committee Chair Rep. Raúl Grijalva, which proposed re-inserting "so help you God" into the text of the witness oath. That amendment was passed "by unanimous consent," and the committee formally re-inserted the phrase into the oath.

[Updated] 31 January 2019: Changed verdict from "Unproven" to "True" after the Natural Resources committee formally published the rules change proposal, thus authenticating the document first posted by Fox News. Made other changes to reflect those developments.