Do Hotel Guests Always Need To Put a Towel Under the Door?

A handful of Twitter users certainly had a specific reason as to why a wet towel should be placed under a hotel door. 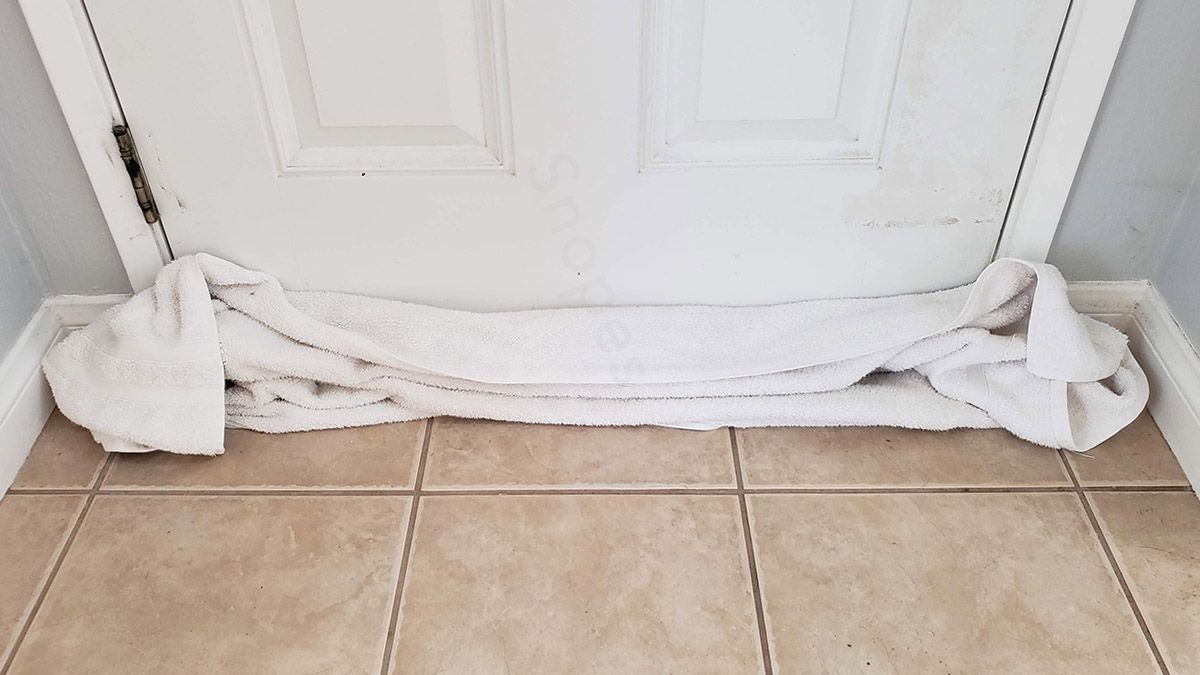 Claim:
An article revealed an important tip on why guests should always put a towel under their hotel door.
Rating:

An ominous advertisement pointed readers to an article that explained why it may be useful to place a towel under a hotel door. However...

The use of the word "always" in the ad seemed to hint there was a critical safety reason for placing a towel under the door. In the end, the tip was simply to use the towel to keep out noise and light.

"Why You Should Always Put a Towel Under Hotel Door" is the text in an online advertisement that's been making the rounds since at least January 2021.

Silly ads are a dime a dozen, and they're everywhere. However, finding the answer to the tease in these kinds of ads is a journey only braved by those willing to hear their laptop fans go wild.

The slideshow articles that result from clicking these sorts of ads often pack so much content into the code of the websites that even the best computers need to work overtime to keep everything running.

We decided to take a closer look at the ad in question, which appeared like this:

The key word here is "always."

The ad's usage of the word "always" appeared to imply there was an ominous safety reason why a hotel guest might want to place a towel under the door.

Upon clicking the ad, readers were met with a 75-page slideshow article. One headline read: "Upgrade Your Next Stay at a Hotel With These Clever Hacks." Another said: "Transform Your Trips With These Top Genius Hotel Hacks."

We finally reached the specific page about the towel and hotel door, and here's what it had to say:

Falling asleep instantly once one's head hits the pillow sounds like a dream. This can be especially difficult when you're not sleeping in the comfort of your own home.

Many distractions can keep hotel guests awake such as pesky elevator dinging, people chatting in the hallway, or that annoying light that sneaks under the door. An easy hack is to roll up a towel and wedge it under the door crack.

The story simply advised hotel guests to plug up the bottom of the door with a towel to keep out noise and light.

Some readers might be thinking of another reason a towel can be placed under a hotel door. Twitter users posted plenty in the past about using a wet towel when smoking in hotels:

We also found a discussion on Reddit about putting a towel under the door. The subreddit where the post was submitted was for people who work in the hotel industry.

In the end, we suppose it's nice that the lengthy slideshow story actually mentioned the towel seen in the ad. Some of these kinds of articles never end up addressing what was seen in the ads that led readers to the stories in the first place. That, of course, is clickbait.