The good news? It's really real! The bad news: None of us will likely ever get to stay there. 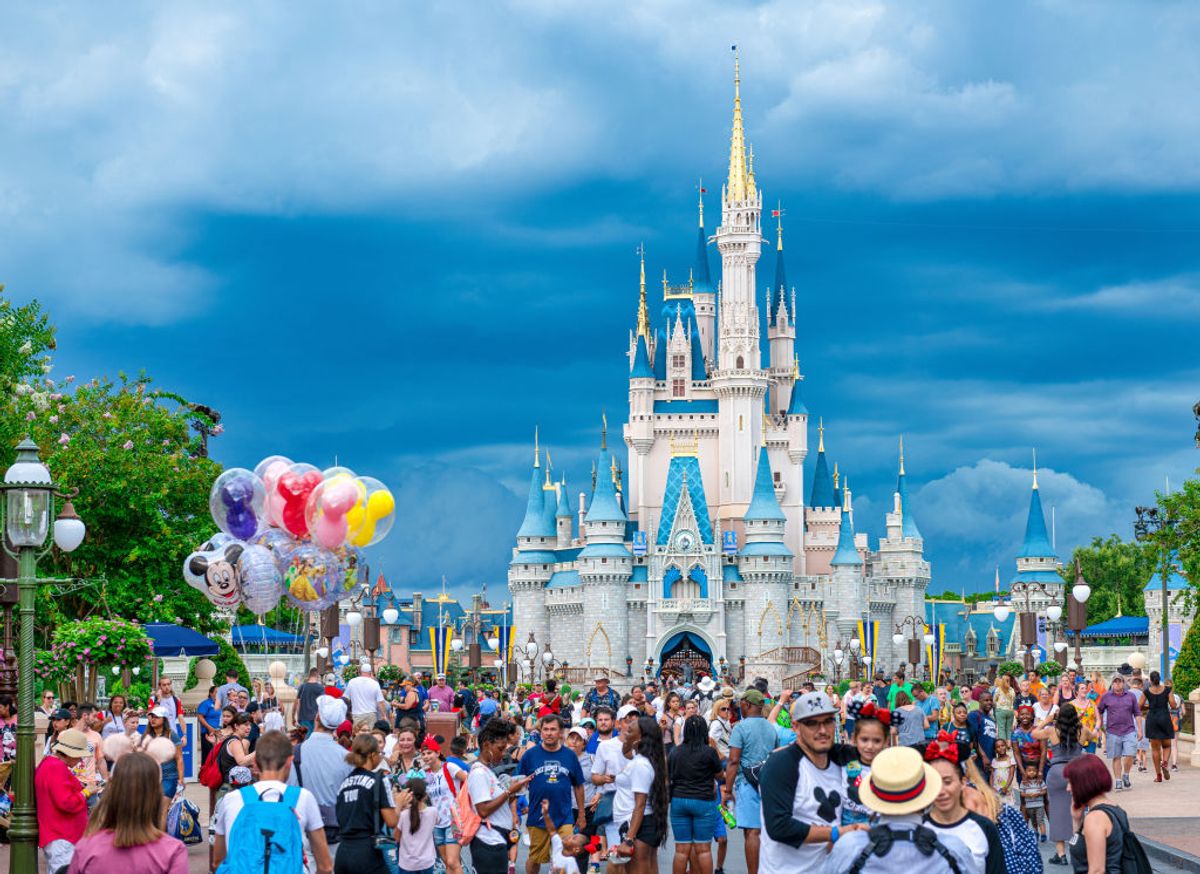 There's a swank hotel room in Cinderella's Castle, a landmark structure at Disney World in Orlando, Florida. But you can't pull it up and book it on Hotels.com, because it's pretty exclusive.

The room is called Cinderella's Castle Suite, according to the resort's website. It's "nestled within the turrets where the clocks all remain at 11:59 p.m., magic lies in each corner, and one, glass slipper rests as a reminder to always dream," according to the Disney World website.

In a 2018 interview with "Good Morning America," suite concierge Sean Marsich said that staying in the room is something you can't buy with money — it's an invitation-only affair.

Marsich added the suite can sleep up to four people and contains a number of details specific to the Disney story, including entertainment devices controlled with a magic wand and a glass slipper and a crown on display.

And the clock in the suite never changing from 11:59 also has special meaning: As in the classic Disney cartoon version of the "Cinderella" story, the magic spell that turns the Disney princess from an abused housemaid to princess-to-be ends at the stroke of midnight.