"My best friend lives in South Carolina and sent me this screenshot from her local mom group and I just ... cannot," a tweet read. 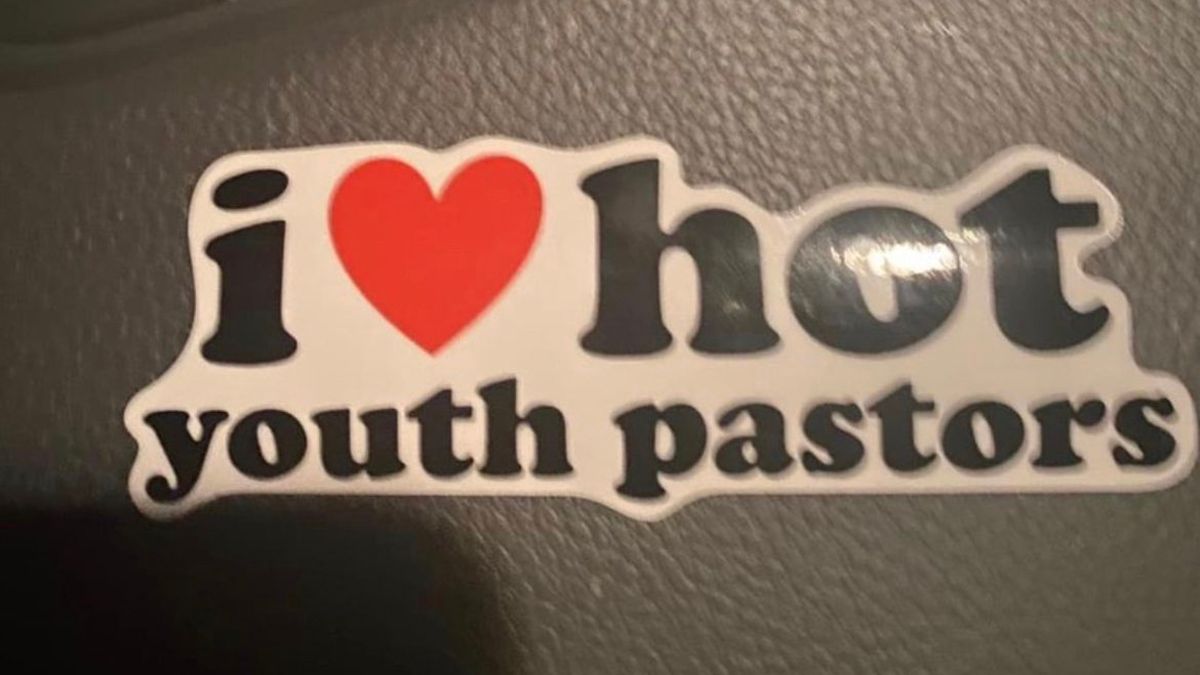 An "I Heart Hot Youth Pastors" sticker was created by a youth pastor. (Image Via Twitter)

Claim:
A youth pastor created an "I Heart Hot Youth Pastors" sticker and passed them out to teenagers.
Rating:

In October 2022, a reader asked in our Snopes Tips Facebook group if the story behind an "i heart hot youth pastors" sticker was real. We soon found the story to be true.

According to The Daily Beast, the sticker was created by a student pastor with Fairview Baptist Church in Greer, South Carolina.

The congregation's leaders released a statement on the church's website. "Our student pastor, Cory Wall, acknowledges that he made a poor decision and a mistake by making a sticker available that was offensive to some," the statement read. It also said that Wall was placed on administrative leave, wouldn't be involved in any upcoming youth activities, and that an investigation was underway.

The reason why the "i heart hot youth pastors" sticker became a larger story was because it had been widely shared on social media.

A picture of the sticker appeared to have first been posted to a private mom group on Facebook.

"Any other moms have a teenager who goes to Fairview Baptist Church in Greer?," the Facebook post began. "The youth pastor gave my younger sister (14 years old) and other students this sticker during 'Midweek' last night. He is 35 years old. This made her very uncomfortable."

A screenshot of the Facebook post was then shared on Twitter. "My best friend lives in South Carolina and sent me this screenshot from her local mom group and I just ... cannot," the tweet read. According to the reporting from The Daily Beast, the church's Facebook page also originally made a post about the "i heart hot youth pastors" sticker debacle. However, as of Oct. 13, that post was no longer available. Comments on the page appeared to have been switched to be limited, perhaps after the page was flooded with reactions from users who had learned of the news.