A Hot Dog Under a Microscope?

"The World Through the Eyes of a Microscope" project aims to give viewers a glimpse of the world beyond the reach of the naked eye. 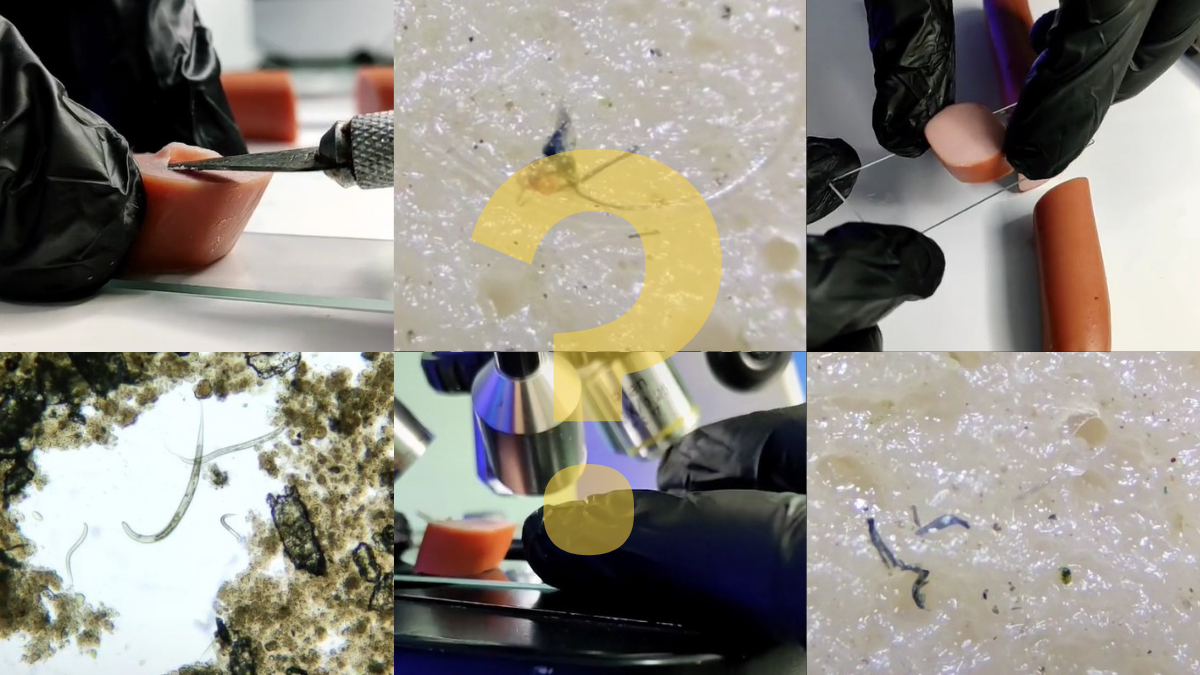 Claim:
A video shows what a hot dog looks like under a microscope.
Rating:

In April 2022, a video went viral that supposedly showed shocking photos of a hot dog under a microscope. One popular posting of this video on Facebook received more than 15 million views. The following clip from TikTok user @mir_glazami_microscopa has been viewed nearly 150 million times:

The video does not provide a genuine glimpse of a hot dog under a microscope. When we reached out to Roman Kamburov, the person behind this viral TikTok account, he told us that the video was "fake."

Kamburov created the "Мир глазами микроскопом" or "The World Through the Eyes of a Microscope" project to gives viewers a glimpse of the world that is beyond the reach of the naked eye. Kamburov describes the project on his YouTube page (translated from Ukrainian to English via Google Translate):

Hello, my name is Roman Kamburov, the creator of the project "The World Through the Eyes of a Microscope", which will introduce you to another world that is inaccessible to our eyes without special equipment. Now I know what blood and plant cells look like, scales falling from butterfly wings, how the heart of a snail beats, the structure of insects… Of course, a lot could be learned from textbooks, video lectures and thematic sites. But at the same time there would be no feeling of presence, proximity to what is not visible to the naked eye. That these are not just words from a book, but personal experience. An experience that is available to everyone today.

While the viral "hot dog under a microscope video" is fake, Kamburov told us that the majority of his videos reflect genuine observations. Kamburov said:

90% of my stories are popular science - though they reflect my observations. 10% of stories, fake.

While we can't tell you exactly which videos are real and which ones are fake, we did ask about one additional video that recently racked up more than 20 million views. In this video, Kamburov takes a look at an apple under a microscope and finds... well, take a look.

Kamburov told us that this video is real and that the spider-like creature is a mite. While this video may draw some disgusted reactions, Kamburov said that these mites aren't generally dangerous to humans and that people can still eat apples (especially if they wash them).