Did a Vet Call Police After a Horse 'Refused' to Give Birth?

We clicked through a 50-page slideshow article to save our readers some time. 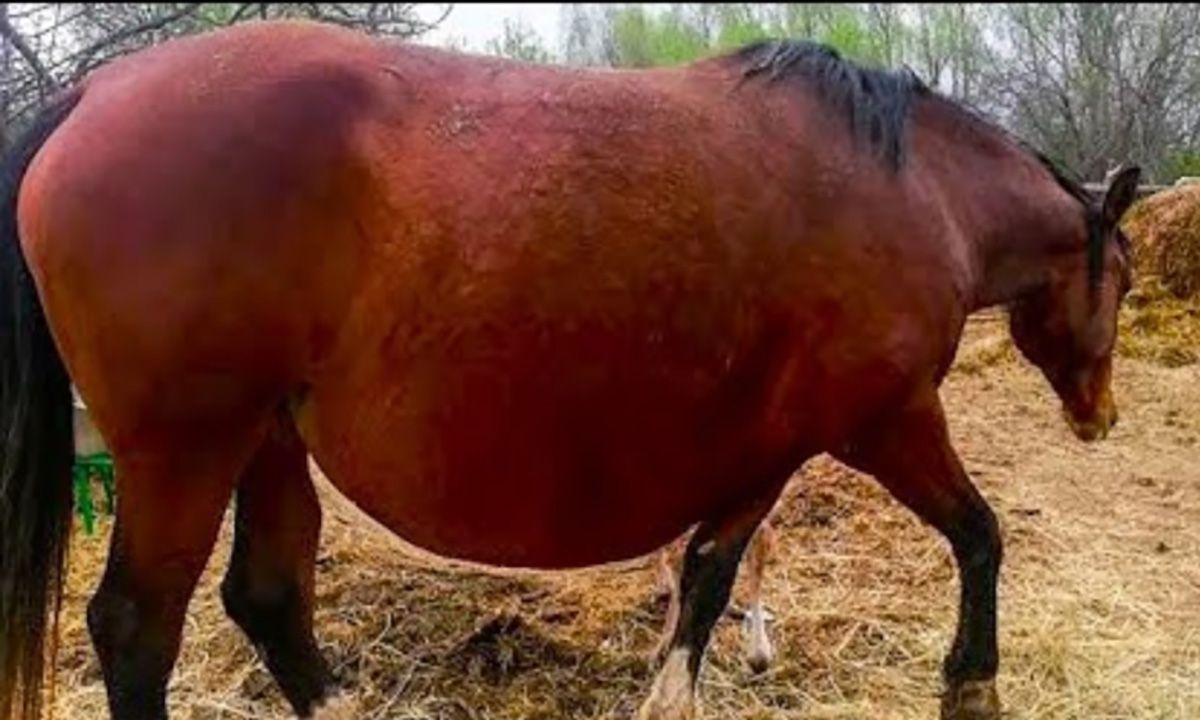 Claim:
An online ad said: "Horse Refuses To Give Birth - When The Vet Sees The Ultrasound He Calls The Police."
Rating:

The ad led to a 50-page slideshow article. The big reveal was that police supposedly found an "illegally made medical chip" in the belly of a pregnant horse. However, at the bottom of page 50, the story said that the whole thing was a work of fiction.

In April 2022, we looked at a silly online advertisement that claimed a veterinarian called the police after looking at an ultrasound of a horse that had refused to give birth. It read: "Horse Refuses To Give Birth - When The Vet Sees The Ultrasound He Calls The Police." However, this was not a real story. We clicked the ad in question. It led to a 50-page slideshow article that had the headline, "Horse Refuses To Give Birth - When The Vet Sees The Ultrasound He Calls The Police." The story's first page read as follows:

When farmer Ben saw that his horse was pregnant, he was full of joy. It meant that he was about to have another horse, which could lead to more financial wealth if it was a 'good' horse. After waiting for months, the moment was nearly there. The horse was about to give birth. But strangely enough, it refused to give birth while having a giant stomach. Ben decided to go to the local vet to make an ultrasound. When the vet saw the ultrasound he immediately called the police.
But what was wrong with horse? And what did Ben do wrong?

Over the course of 50 pages, the slideshow article told the story of several characters and a horse. In the end, the veterinarian calls the police after finding an "illegally made medical chip" in the belly of the horse.

On the last page was a small bit of disclaimer text that probably should have been included from the beginning. It said that the whole story was fictional and had been created for entertainment purposes. It read as follows:

This story is a work of fiction created for entertainment. Characters and events are the products of the author’s imagination. The images shown are used for illustration only.

This same picture in the ad, which may have been doctored, was also used as the thumbnail for a YouTube video titled, "The owner couldn't believe her eyes when she saw whom her horse gave birth to."

The video told a story with generic stock footage about a mare named Destiny who "gave birth to her second set of twin foals." Unlike the fictional ad, this was true. It was reported by horseyhooves.com in November 2021.

We were unable to find the true origins of the picture used in the ad and the YouTube thumbnail.

In sum, no, a veterinarian did not call the police after seeing an ultrasound of a horse that had refused to give birth. The whole story that appeared in the ad was completely made up and needlessly spread across 50 pages.