A photograph purportedly showing a horse with wolf-like markings on its coat is a digital creation. 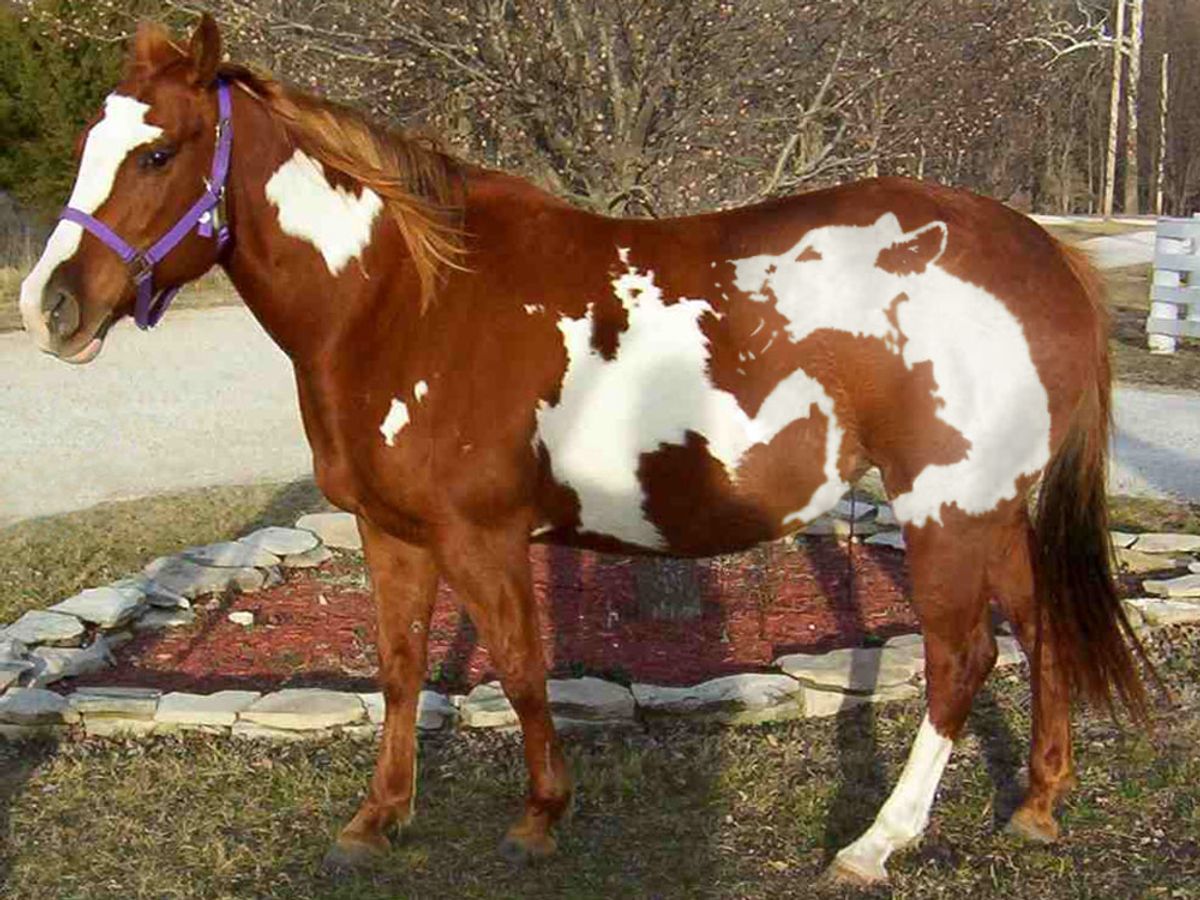 Claim:
A photograph shows a horse with markings on its coat depicting an image of a wolf.
Rating:

In March 2016, the image displayed above, purportedly showing a horse whose coat depicts an image of a howling wolf, began recirculating online as a a genuine equine photograph. This picture is frequently shared as an example of pareidolia, a sort of optical illusion in which the viewer sees a distinct image in a random pattern:

To some observers, it looks like an ordinary grilled cheese sandwich. But to the Miami woman who put it up for sale on eBay, and to some people who viewed it, there was an image of the Virgin Mary seared on a seemingly run-of-the-mill snack.

The psychological phenomenon that causes some people to see or hear a vague or random image or sound as something significant is known as pareidolia (par-i-DOH-lee-a).

The word is derived from the Greek words para, meaning something faulty, wrong, instead of, and the noun eidōlon, meaning image, form or shape. Pareidolia is a type of apophenia, which is a more generalized term for seeing patterns in random data.

While the horse's coat seen here could be considered an example of pareidolia, the image itself does not depict anything that exists in the real world. This picture was created for the "Pareidolia 5" Photoshop contest on the Design Crowd (formerly Worth1000.com) web site in which entrants were challenged to produce pareidoliac images:

Pareidolia — Misperception of an ambiguous stimulus as something specific. Clear as mud? Good!

Basically, it's seeing an image of Jesus in the burn marks of a tortilla, or the Madonna (or Madonna) in the bark of a tree or a face in the clouds (as in krishhi's themepost) or Abe Lincoln in your grandma's stretch marks... ok, pretend I didn't say that. Don't do that.

The rules of the game are thus: Photoshop an image to show the phenomena of pareidolia (see above description). Keep it clean.

User Ktlong was awarded first place in that contest for this "horse with a wolf image coat" entry. A similar contest on the same site prompted the creation of a picture of a horse whose coat seemingly spelled out the word "horse."