Does This Horse Spell 'Horse'?

How many of us can grow our own names? 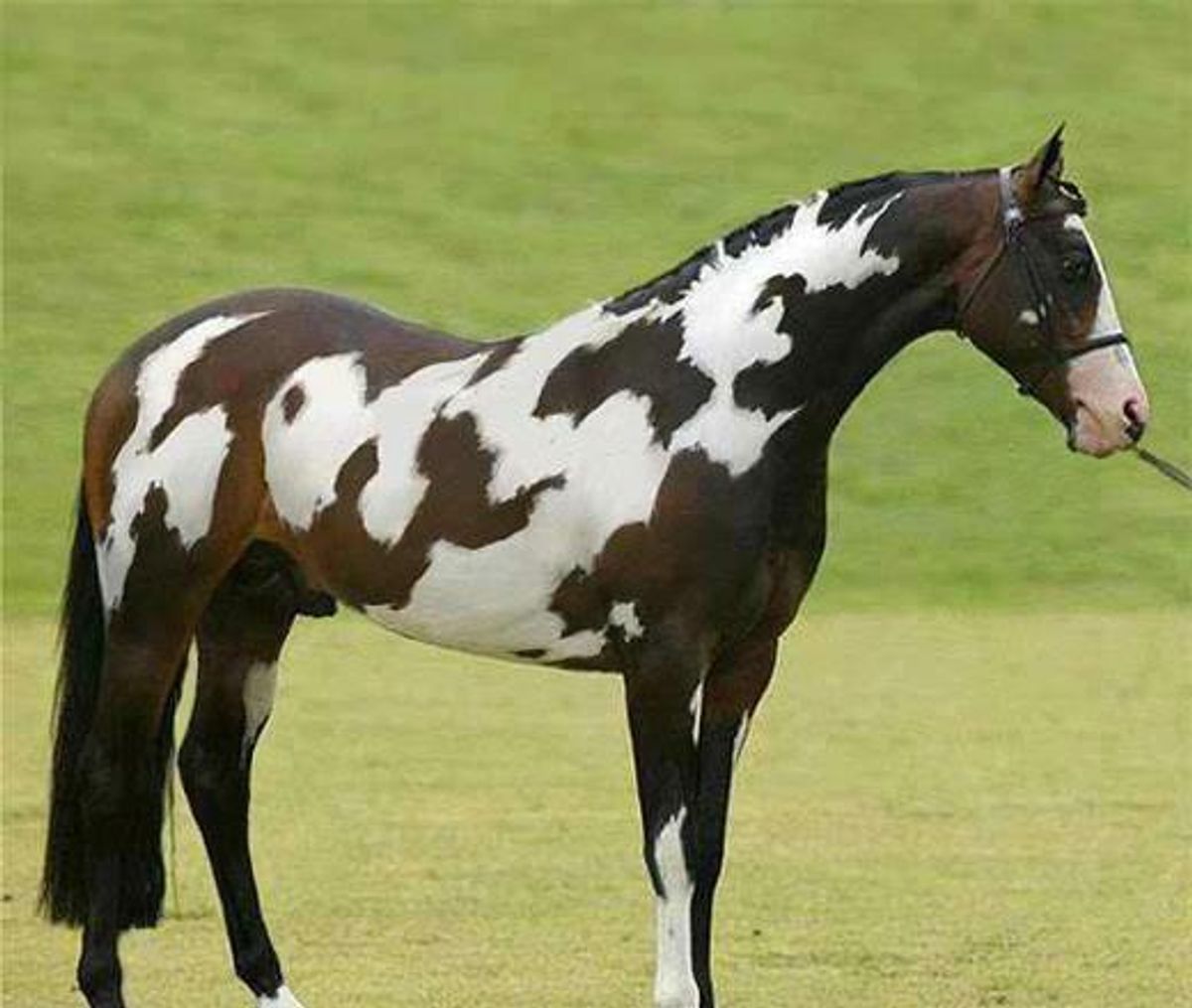 Claim:
A photograph shows a horse whose coat spells out the word 'horse.'
Rating:

Patterns in the colors of various animals' hair or fur can sometimes form what humans perceive as familiar shapes, occasionally including letters of the alphabet. The markings on an animal's coat spelling out a whole five-letter word is most unusual, however, especially when the result is an eponymous identifier of the critter itself — as supposedly seen here on an equine whose white-on-brown hair forms the word "horse":

This horse photo has been circulating on facebook. I think it's photoshopped, but I'm no expert. I've never seen a story attached to it claiming it's authenticity. Strange patterns have been known to show up on paint horses, but this looks a little too good to be true. Alas, this creature is as fictional as its legendary cousin, the unicorn: This image is another product of a Worth1000 (now DesignCrowd) Photo Effects Contest, a second-place entry in the "Spell It Out" competition. Here's a comparison showing the horse in question before digital manipulation was applied to a photograph of it: