Does the Honey Browser Extension Work?

Is the browser extension Honey (which automatically applies coupons and finds deals) real or a scam? 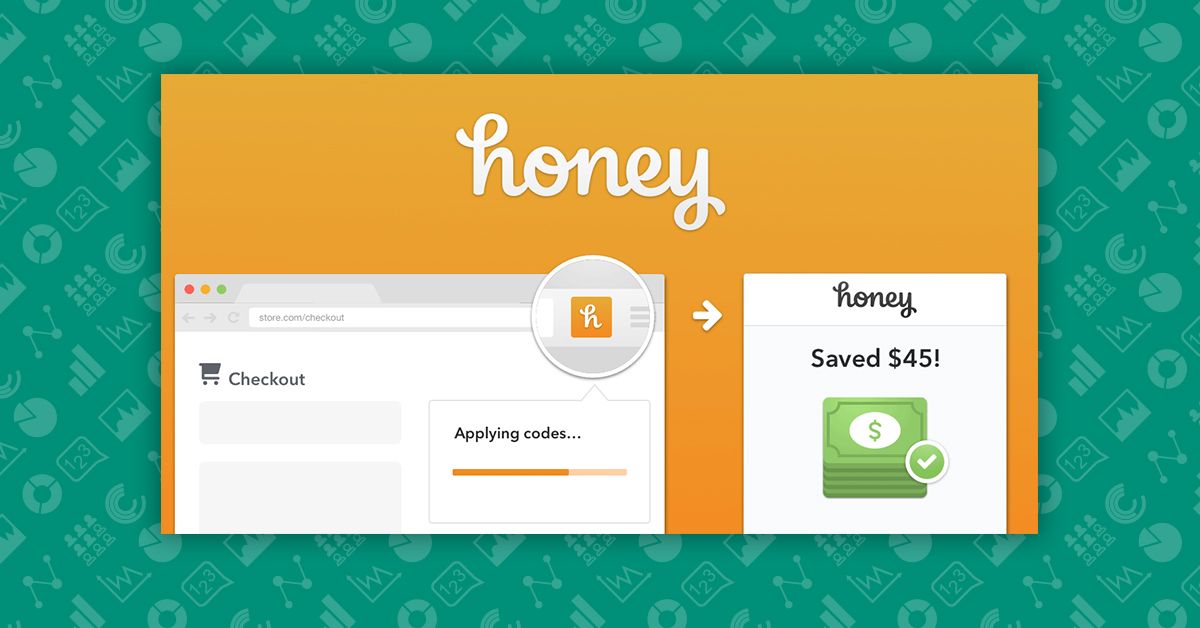 The browser extension Honey has been around since at least 2013, but we regularly receive questions from readers asking whether it's for real (rather than a form of scam):

Is the Chrome browser add-on called "Honey" for real. It's supposed to search site like Home Depot or Amazon for the lowest price when you find an item you decide to purchase.

The service's developers have described the basics of the extension and how it works with online shopping as follows:

Honey is a free browser extension that automatically finds and applies coupon codes at checkout for over 30,000 shopping sites. We also instantly find better prices on Amazon and offer Honey Gold at many stores for our U.S. members. We're adding these features to international Honey members soon, so stay tuned!

Once Honey is installed, you will see the Honey icon in the top right corner turn orange on Chrome, Firefox, Opera, and Edge when you're on a shopping site that is supported by Honey.

Business Insider profiled the Honey browser extension's creator and the inspiration behind the app:

Over five years ago, Ryan Hudson went online to order a pizza — dinner for his two kids, who were then under 6 years old.

He really wished he had a coupon.

Money was tight for the serial entrepreneur, and cost-saving measures were nothing new: He had recently called up every one of his utility providers, from his cable company to his internet provider, to cut $200 from his bills every month.

"That's part of why I was in a couponing mindset when I was buying that pizza," Hudson told Business Insider. "I thought, there's probably a coupon that could save me $1, and that matters right now."

That night, after the kids went to bed, he put together a prototype for a browser extension that could help solve his problem. In October 2012, the MIT-trained entrepreneur, along with co-founder George Ruan, used that prototype to build and launch Honey, a web browser extension that automatically finds and surfaces coupons when a user is online shopping.

On the surface, Honey performs a few primary functions for users in the course of online purchases. As an extension running in the background, it automatically prompts shoppers to check for any active coupons in its database during most checkout processes, and it can also can product prices for long-term planning of purchases, enabling its users to monitor pricing trends with very little effort.

Some purchases result in a points bonus called "Honey Gold," which can be redeemed for dollar amounts credited to gift cards for stores such Amazon, Walmart, Target, eBay, Nordstrom, and Sephora.

The possibility of savings and refunds in the form of gift cards prompted understandable questions about how Honey's developers can afford to run the extension and compensate users for certain purchases. Concerns about the nature of Honey and its safety emerged in Reddit's r/frugal on 23 June 2016, when a poster claimed that the extension "sends data about the sites you visit to their servers attached to a session ID which can identify all of that data back to you."

Not long after the thread was posted, founder George Ruan addressed the claims in a comment explaining the manner in which Honey finances both its operations and its rebates and denying that user data is ever sold to or shared with third parties:

George (founder of Honey) here to clarify why we need this data in order to do what we do.

Honey saves people money in 2 ways: 1) automatically applying coupons on the checkout page and 2) giving you extra cash back with every purchase.

In order to give our users cash back on their purchase, we need to know that a transaction happened so we can match up the records with merchants.

Honey makes money by getting a commission from merchants and then giving a portion of it back to our user as cash back. We DO NOT sell or share your data in any way.

Hope this clears things up. Happy to answer questions you guys may have.

Ruan posted a separate reddit "Ask Me Anything" on r/IAmA on 18 January 2014. The focus of that thread was the vulnerability of any browser extension to exploitation to bad actors. In his initial post, Ruan said:

In a followup comment on that thread, Ruan explained how purveyors of malware could exploit extensions such as Honey:

I'll give you more specific. Most are generating $ from advertising or data. Approaches I've seen include:

What do they offer an extension developer? Depends on the mix of where the users are but it easily adds up to a few cents per active user per day. Or they just buy the whole thing. Which makes you wonder how much more they are really making.

Information about the Honey extension and how it works is also available from reliable sources other than the developers. The New York Times, CNET, TechCrunch, Consumer Reports and technology blogs have all reviewed the service since its inception with no reports of adverse events.

Like all services of its type, Honey requires users to enable certain permissions in order for it to run, and some cautious users feel uncomfortable doing so. Nevertheless, the app does work as advertised and is straightforward for users willing to allow certain permissions that facilitate its use.