Do These Photographs Show a Homeless Veteran Dying Under a Bush?

"We want to discard the parts of society we don’t want, but like plastic, it’s never going to go away." 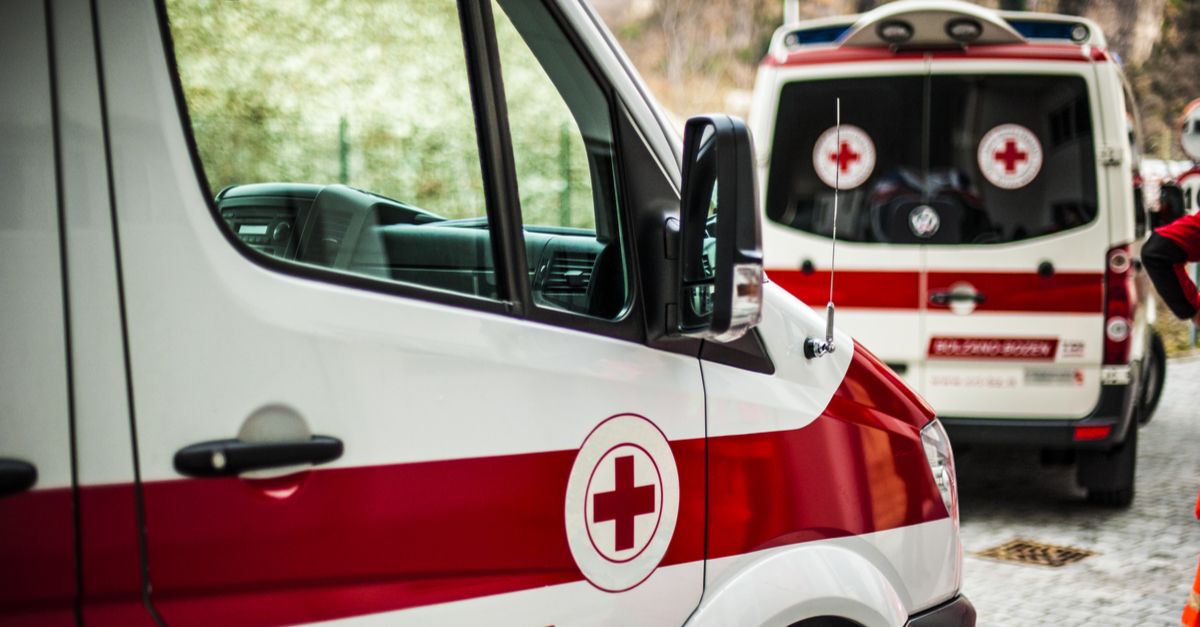 Claim:
A pair of photographs shows a severely dehydrated homeless veteran on the streets of Los Angeles.
Rating:

Photographs show a severely malnourished homeless man, who said he was a veteran, lying on a street in Los Angeles.

Whether the homeless man is actually a veteran is uncertain.

A pair of photographs reportedly showing a severely dehydrated homeless veteran named Kent near death on the streets of Los Angeles started making their way around social media in September 2018: These images were apparently so shocking to some viewers that they suggested the photographs perhaps showed an artwork or a Halloween decoration as opposed to a real human being. Unfortunately, these pictures are genuine.

The photographs were first posted online by Facebook user Nick Spano on 22 September 2018. The original Facebook post contained a lengthy bit of text which was largely concerned with Spano's view on how the homeless (especially homeless veterans) are treated in the United States, along with a few details about the pictured individual, who was said to be a 68-year-old man named Kent. The man told Spano that he was a veteran and that he was "looking for a place to die" when Spano brought him some water before paramedics arrived to take him to the hospital:

“Kent,” a 68 year old veteran dying under a bush outside million dollar properties in LA. The softball size tumor on the side of his face is now a gaping hole. Dried blood covers his hands and face. Flies swarm around his head, not bothering to wait for him to die before laying their eggs in the open wound that is crawling with hundreds of maggots. He tries to speak, but I can no longer understand him. This is fucking America!

“I’m just looking for a place to die,” he said. Those were his first words to me when I first discovered “Kent” about a month a go in shallow bed under the bushes outside my place. Like many people, my initial gut reaction was, not in my backyard! But I know better. I’m aware that homelessness is a symptom of our broken and wasteful system, and the basic lack of decency, and compassion towards one another. We treat people like trash. We want to discard the parts of society we don’t want, but like plastic, it’s never going to go away. All we do is make the problem worse, rather than realizing that our own habits are the problem. The way we treat people is the problem. We speak to one another through our own filters, and judgements before we even get to know them. So, instead I brought “Kent” water, and sat down to talk with him for awhile. He pulled his hoodie aside and showed me the tumor on the side of his face. “I did it to myself,” he said. Years of smoking was the likely cause. He went to the VA for medical care, but he said that he felt like they were just waiting for him to die so he left. I asked if I could get him some help, but he didn’t want it. “I’m just looking for a place to die,” he said.

We are all full of shit, guys. Let’s be honest with ourselves. Between the look-at-me-now Instagram selfies, the woke AF Facebook posts, and the heated political rants over which party is more American, we have lost our souls. We’ve sold out. We’ve forgotten that real wealth comes from investing in one another. This isn’t the “Me Too” era, it’s just the “Me” era. We are the wealthiest, and most wasteful consumer culture in the history of humankind, and we buy everything they sell us, even their excuses. “We can’t fix every problem! It’s too big! It’s too expensive! Get a job! I had to work for it, why shouldn’t they?!” Bullshit!!! Each bomb we dropped on Syria costs us $100 million, and we’ve dropped dozens. The Iraq War cost American taxpayers over $2.5 trillion dollars and counting, and it was a lie! We have our own national emergency right here in the City of Dreams, but we don’t have enough money to fix it. Could you imagine what would happen if we took funding for just one of those bombs, and dropped it into social services for American communities; into shelters for the homeless; medical care for our vets; clean water for Flint?!?! Don’t say we can’t fix the problem, because that’s bullshit. We can!!! We are just so god damn brainwashed and complacent that we don’t think we actually have any power to change it. But change starts when we stop ignoring the problem, and realize that we are the ones to fix it. Even the smallest act makes a big difference. There is no one else to call! Tag! You’re fucking it!

The irony of the fact that I took a photo of “Kent” as he lie dying outside my house while waiting for paramedics to arrive, and posted it here for all to see, isn’t lost on me. This might appear hypocritical to some, but that won’t change my commitment to people like “Kent” in my community. I will continue to treat these people with dignity and respect, and be of service anyway I can, and if in the process, this post gets at least one of you, the next time you see someone camped out on the street, to stop and talk to them; to put your hand on their shoulder; to call them brother or sister; and to restore even the slightest sense of dignity in them through a simple act of compassion, then it’s worth it. Not everyone can help in the same way, and sometimes people don’t want help, but we all can be human to one another.

As they lifted Kent onto the stretcher, he raised his hand, and gave me a peace sign. I don’t know his status at this time, but I will post an update as soon as I can. People over Profits -- Compassion over Comfort

Spano updated his post a few days later but he didn't have much additional information to report:

Unfortunately, there isn't much to share at this time. I finally found the hospital where Kent was taken and being treated, but due to patient privacy laws (HIPPA), and the fact that I don't know Kent's full name, they wont not give me any information at this time. I don’t know if he has passed, or if he is still in their care. I have made a request to a supervisor to share my information with Kent so that he can grant me access. I've also made it clear that there are many people who want to show their support, so I'm hoping they help us make that happen.

Without Kent's last name, it's difficult to verify some of the details in this Facebook post, but it doesn't bear any of the hallmarks that have revealed similar posts to be hoaxes. For instance, we could not find any record of these photographs appearing online prior to Spano's post, which supports that Spano truly was the person who took them. This post also doesn't include a call to action urging users to share it (which is a common tactic for disingenuous clickbait).

We contacted Spano for more information about Kent, and he provided us with security camera footage to verify that his photographs were authentic and noted that Kent had told him during previous interactions he was a veteran. Spano never got Kent's last name, however, and Kent didn't have any ID on him when he was taken away by paramedics.

While we can't officially verify whether or not Kent was a veteran, his story is, unfortunately, rather plausible. According to the National Coalition for Homeless Veterans, approximately 40,000 veterans in the United States are homeless on any given night.