Was Part of a Twin Towers Scene in 'Home Alone 2' Cut for TV?

A sky-high scene in "Home Alone 2: Lost in New York" was whittled down for a 2020 television broadcast. 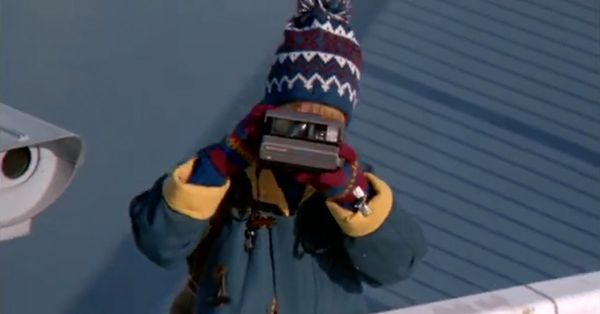 Claim:
A portion of a scene in "Home Alone 2: Lost in New York," which depicted the World Trade Center's twin towers, was missing from the film's December 2020 broadcast on the Freeform channel.
Rating:

The 1992 classic family comedy film "Home Alone 2: Lost in New York" has been aired on American television just about every year in recent memory, usually around the Christmas holiday. Its predecessor, 1990's "Home Alone," is often played before the sequel to make a double feature.

"Home Alone 2" sends young Kevin McCallister, portrayed by Macaulay Culkin, to New York City, while his family flies to spend Christmas in Miami. When Kevin's family lands in Miami, they realize that they've lost Kevin. This time, instead of being home alone, he's lost in New York City.

Joe Pesci and Daniel Stern reprised their roles as Harry and Marv, as did Catherine O'Hara and the late John Heard who portrayed Kevin's parents. As we previously reported, O'Hara was indeed the same actress who would years later portray Moira Rose on "Schitt's Creek." "Home Alone 2" was directed by Chris Columbus and written by John Hughes. Ally Sheedy, who worked with Hughes on "The Breakfast Club," made a cameo as an airline employee.

Speaking of cameos, despite rumors that made the rounds in 2019, it was incorrect to suggest that Donald Trump's cameo was cut from "Home Alone 2" for Canadian audiences after he began his campaign for president in 2015. We previously reported that the scene was cut for time for Canadian television as early as 2014, and the decision did not appear to be politically motivated.

In December 2020, Trump's brief scene played in full on the Freeform channel in the United States. Freeform is owned by Walt Disney Television, and in December 2020 the channel scheduled back-to-back showings of "Home Alone" and "Home Alone 2" on 12 different days, including Christmas Eve and Christmas Day.

But one scene from "Home Alone 2" did not play in full on the Freeform channel, and it appeared to be cut in previous years' showings. It depicted Kevin on the "Top of the World" observation deck atop one of the World Trade Center's twin towers, which were destroyed nearly 10 years later in the 9/11 terrorist attacks.

But a shot of the towers is shown from ground level: The camera then tilts down to show Kevin walking up the steps to the front of the buildings: The final shot of the edited scene is a close-up of Kevin, with an abrupt end to the song that accompanies the montage: Darlene Love's "All Alone on Christmas": The next shot starts a new scene in Miami where Kevin's parents are speaking with local authorities to try to locate him: It's unknown if Freeform or 20th Century Fox edited out part of the Twin Towers scene. The scene was not edited out of the complete version of the film that can be streamed on Disney+.

We reached out to Freeform and will update our story if new information comes to light.