The newspaper ad Hobby Lobby bought was also shared by its official social media pages and hosted on the company's website. 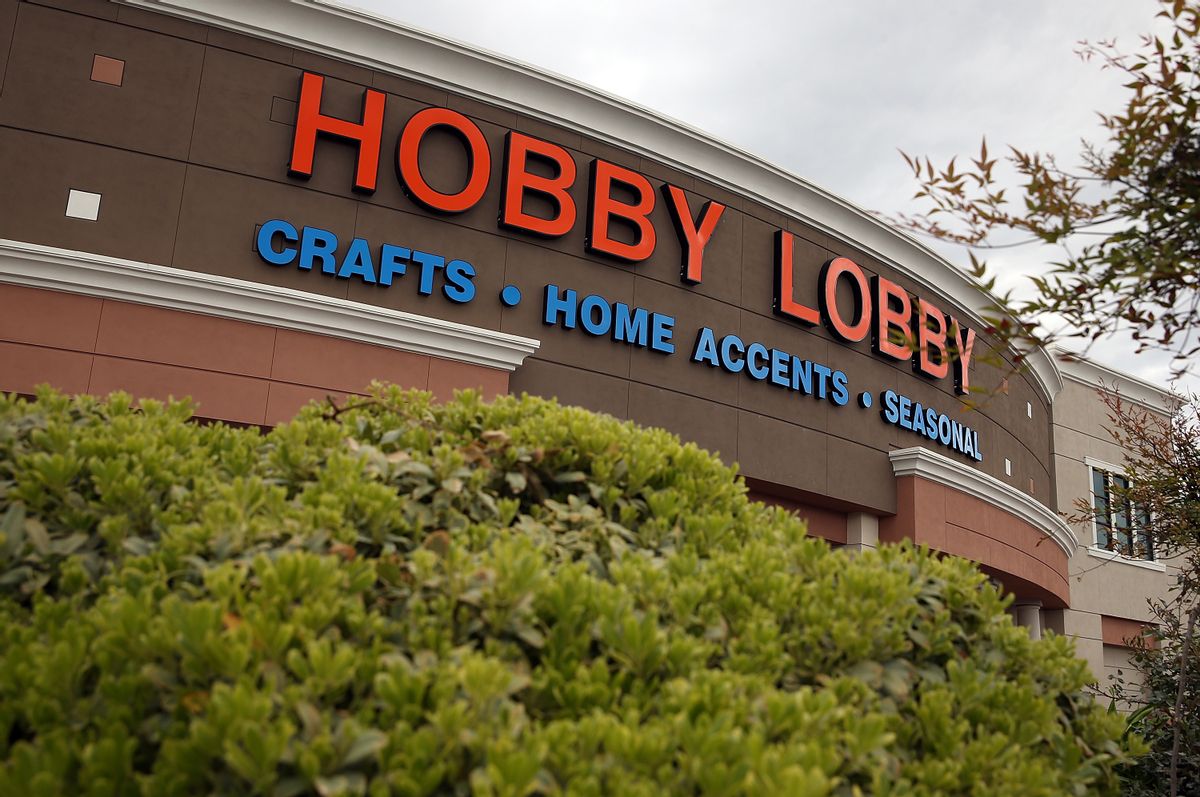 Claim:
On Independence Day in 2021, Hobby Lobby crafts store placed an ad in several newspapers that read: "One Nation Under God."
Rating:

On July 4, 2021, Hobby Lobby began to trend on Twitter after the company purportedly placed an ad in multiple newspapers across the country that promoted Christian ideals. The top of the ad read: "One Nation Under God."

The trending topic also appeared under "What's Happening" on Twitter: One of the most shared tweets was from @Barkiologist.

It was true that Hobby Lobby placed the "One Nation Under God" ad in multiple newspapers. In fact, the company uploaded a PDF of the ad to its website, tweeted about it, and posted it on the Hobby Lobby Facebook page:

In Hobby Lobby's "One Nation Under God" full-page ad, a Bible verse was printed, followed by three columns of quotes about Christianity.

At the bottom of the ad, it read:

If you would like to know Jesus as Lord and Savior, visit Need Him Ministry at www.chataboutjesus.com. To download a free Bible for your phone, go to www.mardel.com/bible.

We found other tweets, such as this one from @TBlountNews:

The Hobby Lobby newspaper ad was also printed in The Boston Globe:

Another tweet mentioned that the Hobby Lobby ad ran in Oregon's Register-Guard newspaper:

The number of newspapers in which the Hobby Lobby ad ran was unclear.

On the Hobby Lobby website, it mentioned that the company has a long history of placing newspaper ads on holidays:

Christmas 1995, David Green was reading the Christmas advertisements, including those for his own store, and he felt commissioned by God to do something different. Hobby Lobby was selling all kinds of crafts that customers used to celebrate Christmas, yet David Green was struck by the lack of any testimony in newspapers regarding the meaning of the holiday.

David Green responded to that commission in 1996 by creating a simple newspaper ad that began: As you celebrate this Christmas season in the warmth of family and home, may you be drawn to the Savior; He who left the beauty of Heaven on our behalf and became like us, that we might become like Him. If you know Jesus as your Savior, then this season already has a special meaning. If you do not, we encourage you find a Bible-believing church in your community, and to discover a relationship this Christmas with the God who loves you more than you can begin to imagine.

Before long, Hobby Lobby was placing beautiful full-page ads celebrating the real meaning of Christmas, Easter, and Independence Day in newspapers across the country. The impact and relevancy of these messages is ongoing, so we post them here for your enjoyment.

We reached out to Hobby Lobby to learn more about the newspaper ad and will update this story should we hear back.