Is This an Excerpt from Hitler's Psychological Profile?

"In each and every field, [Hitler] believes himself to be an unquestioned authority," the report stated. 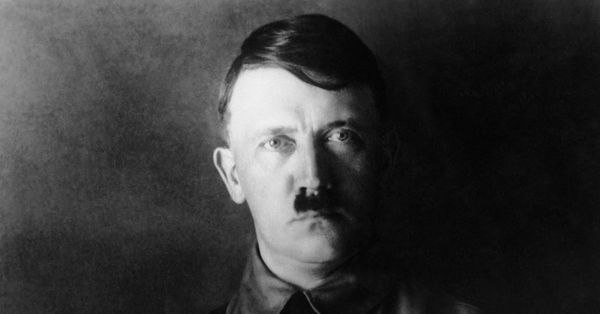 Claim:
A meme reproduces a portion of a psychological profile of Adolf Hitler commissioned by the U.S. Office of Strategic Services (OSS).
Rating:

In 2020, social media users began to circulate what was said to be an excerpt from a psychological profile of Adolf Hitler prepared by the U.S. Office of Strategic Services (the forerunner of today's CIA), with the implication that it also described the current occupant of the White House, U.S. President Donald Trump. The meme read as follows:

His primary rules were: never allow the public to cool off; never admit a fault or wrong; never concede that there may be some good in your enemy; never leave room for alternatives; never accept blame; concentrate on one enemy at a time and blame him for everything that goes wrong; people will believe a big lie sooner than a little one; and if you repeat it frequently enough people will sooner or later believe it. Whom else these words might apply to is a subjective issue, but we can verify that they were taken from a genuine psychological profile of Hitler.

During World War II, William J. "Wild Bill" Donovan, the head of the U.S. Office of Strategic Services (OSS), commissioned a psychoanalytic report of Hitler that was prepared by psychoanalyst Walter C. Langer in collaboration with other psychologists and submitted to the OSS in late 1943 or early 1944.

Titled "A Psychological Analysis of Adolph Hitler: His Life and Legend," the 165-page document, which was initially classified "Secret," was declassified in 1968 and published in book form in 1972. The passage quoted above appears on page 38 in Part III ("Hitler -- As His Associates Know Him") of the report: