Was Op-Ed by Hitler Published by New York Times in 1941?

The publication of the dictator's piece on propaganda wasn't necessarily a tacit endorsement of it. 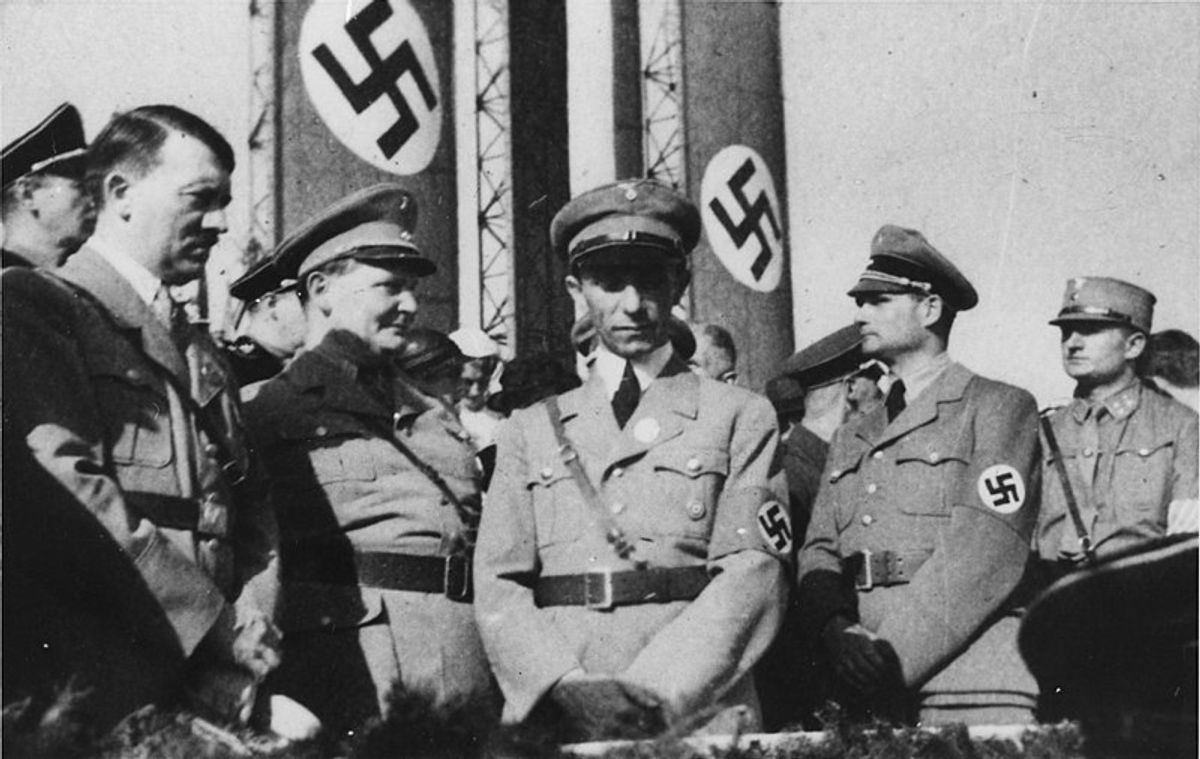 Claim:
The New York Times published an op-ed by Adolf Hitler in 1941.
Rating:

An excerpt from "Mein Kampf," Adolf Hitler's manifesto, was published in New York Times Magazine in 1941 under the title "The Art of Propaganda."

The piece, which was not published on (or opposite) the New York Times' editorial page, cannot accurately be described as an "op-ed." Rather, the excerpt was meant to elucidate for American readers what the editors described as Nazi Germany's "psychological war against this country."

On June 3, 2020, The New York Times published an op-ed by U.S. Sen. Tom Cotton entitled "Send in the Troops," which argued that President Donald Trump should use military force to put an end to the nationwide protests against police brutality and racial injustice that followed the killing of George Floyd, who died in Minneapolis police custody.

The op-ed sparked backlash, with many arguing that giving publicity to such an opinion put the lives of protesters, as well as black staffers at The New York Times, in danger.

The New York News Guild also released a statement that they were "deeply disturbed" by the publishing of this column.

As the backlash grew online, some argued that The New York Times' publishing of Cotton's opinion piece shouldn't come as a surprise since "The Gray Lady" had also published an op-ed by Nazi dictator Adolf Hitler back in 1941. This is a genuine image of an article that was published in New York Times Magazine in 1941. However, "op-ed" may not be the best descriptor for this content, as it is actually an excerpt from Hitler's manifesto "Mein Kampf."

It was preceded by an introductory paragraph explaining that Germany was at that time waging a war of propaganda against the United States based on principles Hitler himself outlined in the excerpt:

Germany is now waging a psychological war against this country as well as a military war in other parts of the world. That psychological war is based on the principles of propaganda laid down by Adolf Hitler in his autobiography "Mein Kampf." Below the book's most important passages on propaganda are published.

This was therefore not a case of the Times providing op-ed space for a particular political view, but rather to educate its readers about the propaganda methods being used against Americans by the Nazis.

This article from New York Times Magazine can be found in the newspaper's "time machine."