Adolf Hitler posed as a champion of law and order, claiming he would uphold traditional German values. 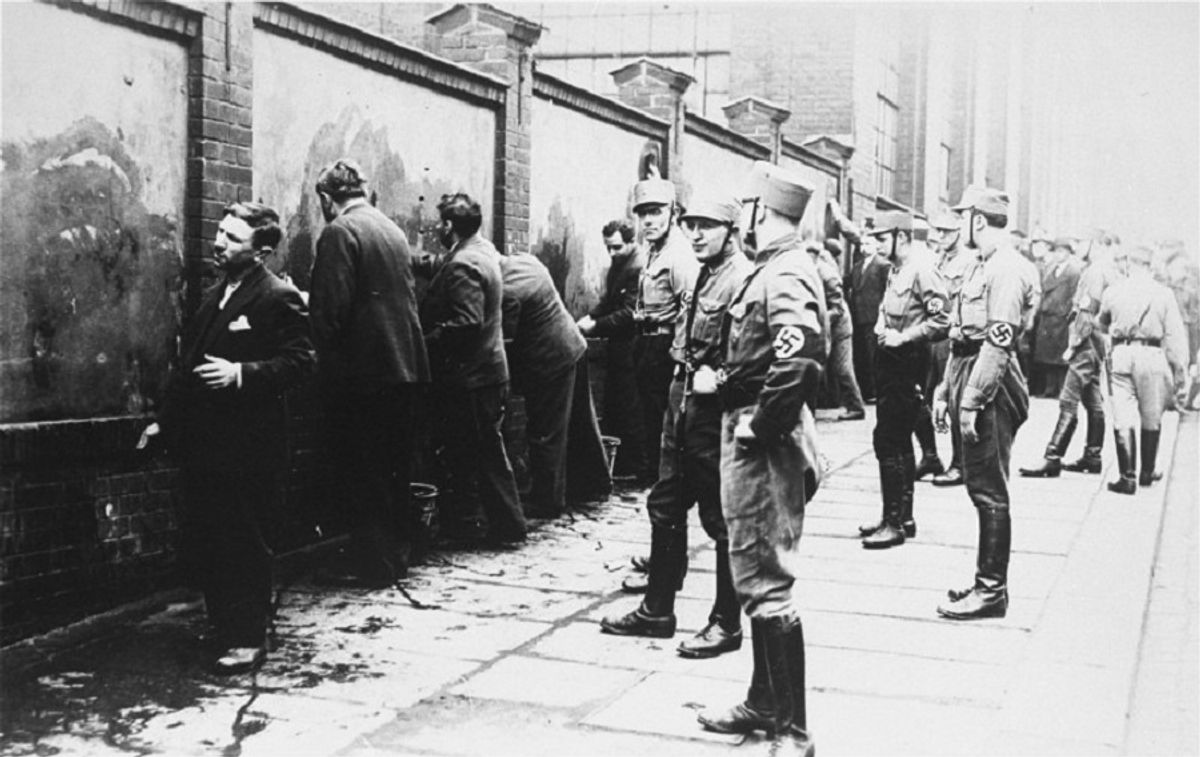 Claim:
Upon assuming power in Germany, Hitler ordered the defunding and elimination of police departments.
Rating:

In June 2020, as demonstrations swept across the U.S. in response to the police-custody death of George Floyd in Minneapolis and protesters called for the "defunding of police departments, social media users circulated a meme asserting that German dictator Adolf Hitler had similarly defunded and eliminated police departments so as to better control elections: But the essence of this meme was contrary to historical fact. As the United States Holocaust Memorial Museum observed, neither "a wholesale purge nor a wholesale resignation of policemen" occurred in Germany during the Nazi era:

Most policemen in 1933 were not Nazis, though they were overwhelmingly conservative. They thought of themselves as neutral professionals and as impartial servants of the law. Their personal politics were supposed to be irrelevant to their duties. Yet members of the police proved willing to support a Nazi government that destroyed democracy in Germany. The police in particular and conservatives in general supported the Nazis in 1933. Conservatives came to view a Nazi dictatorship as a solution not just to the weaknesses of the Weimar Republic but to a whole series of professional difficulties peculiar to the police.

In a separate article, the Museum noted that "Hitler posed as a champion of law and order" and maintained the trust of the police because the "Nazi state in fact alleviated many of the frustrations the police [had previously] experienced":

When the Nazis came to power in January 1933, many policemen remained skeptical of the party and its intentions. Nazi agitation, especially in the latter years of the Weimar Republic, had been subversive and the police had been investigating both the Nazis and the Communists with vigor. Nevertheless, Adolf Hitler posed as a champion of law and order, claiming he would uphold traditional German values. The police and many other conservatives looked forward to the extension of police power promised by a strong centralized state, welcomed the end of factional politics, and agreed to end democracy.

The Nazi state in fact alleviated many of the frustrations the police experienced in the Weimar Republic. The Nazis shielded the police from public criticism by censoring the press. They ended street fighting by eliminating the Communist threat. Police manpower was even extended by the incorporation of Nazi paramilitary organizations as auxiliary policemen. The Nazis centralized and fully funded the police to better combat criminal gangs and promote state security. The Nazi state increased staff and training, and modernized police equipment. The Nazis offered the police the broadest latitude in arrests, incarceration, and the treatment of prisoners. The police moved to take "preventive action," that is, to make arrests without the evidence required for a conviction in court and indeed without court supervision at all.

The Sturmabteilung (SA), also known as "brownshirts" or "stormtroopers," were the Nazi Party's paramilitary wing, and the SA did disrupt meetings of, and wage terror campaigns against, opposing political parties. However, that activity primarily took place before Hitler became chancellor of Germany and the Nazi Party seized control of the country in January 1933, as Germany subsequently held only one more contested federal election, which took place in March 1933. After that, Hitler -- spurred by Göring -- grew increasingly mistrustful of the SA and purged its leadership during the "Night of the Long Knives" several months later.