Is This a Historical Illustration of a Real Meteor Shower? 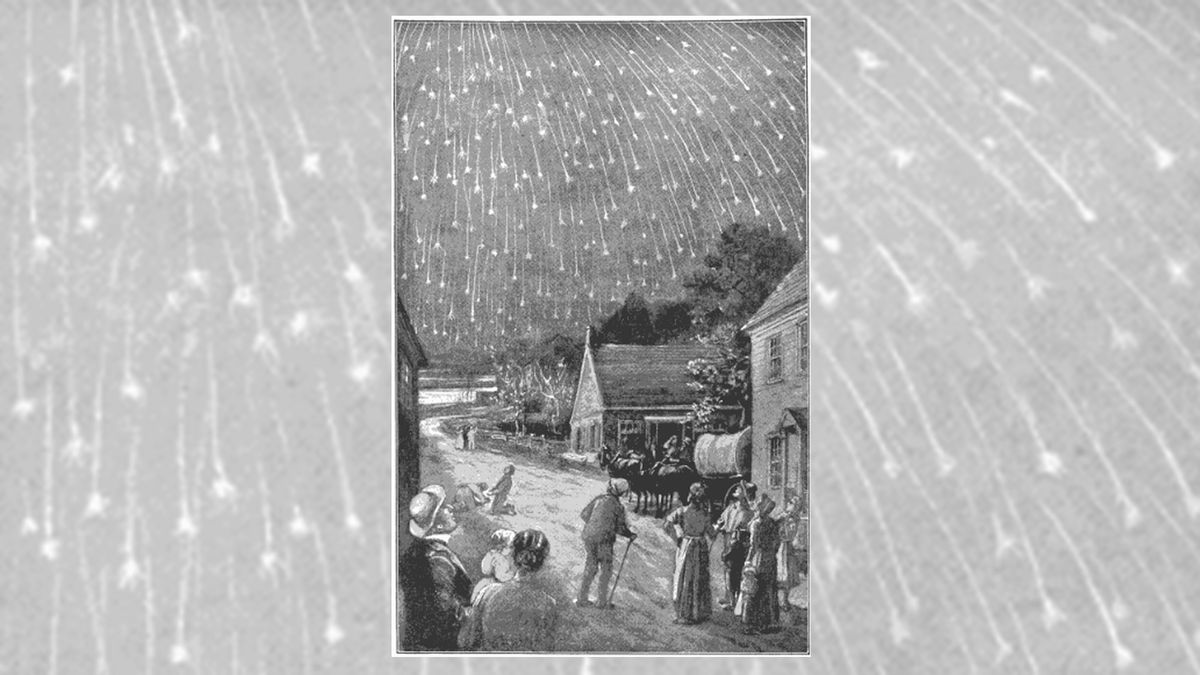 On Nov. 12, 2022, the Facebook page A Daily Dose of History shared a post containing an black-and-white illustration of a spectacular-looking meteor shower, and a description of the celestial event as being so awe-inspiring that it was described at the time as "The Night the Stars Fell."

Although some equated the event with descriptions in the Bible of the apocalypse, "Yale astronomer Denison Olmsted sought a scientific explanation, and shortly afterwards he issued a call to the public — perhaps the first scientific crowd-sourced data gathering effort," according to the "Daily Dose" Facebook page.

The image in the post, which has been seen and shared hundreds of thousands of times as of this writing, is a historical illustration of a real event that was documented by newspapers and eyewitness accounts at the time.

According to the U.S. Library of Congress, the illustration depicts a particularly intense shower during what is now known as the Leonids, an annual meteor shower occurring in mid-November when the Earth passes through the debris from the Temple-Tuttle comet during its 33-year orbit of the sun.

It was seen in the skies over all of North America on the evening and early morning of Nov. 12-13, 1833. "Those who were awake to witness the storm were in awe as between 50,000 and 150,000 meteors fell each hour," according to the Library of Congress, which called the event the "one of the first crowdsourced science projects," owing to the fact that Olmsted wrote a letter to newspapers asking readers to send him details about their observations of the event.

"Newspapers at the time were usually subscribed to each other and upon receiving their copy of the New Haven Daily Herald, papers across the nation began reprinting Olmsted's letter," and the method worked. According to the Library of Congress, Olmsted began receiving correspondence from all over the United States, allowing him to publish a paper on his findings the following year.

The image included in the post is an illustration that can be found in the book "Bible Readings for the Home Circle," a book of writings and question-and-answers about Bible scriptures originally published in 1888. According to the Library of Congress, the drawing is titled "The Falling Stars, Nov. 13, 1833," and appeared in the 1914 edition of the book.

A PDF version of the book, provided by literary advocacy organization Project Gutenberg, can be accessed on the Gutenberg website, where the illustration can be found on page 420.