Are the Himalayas Visible from Northern India for First Time in 30 Years?

Pollution levels in India did drop dramatically in April 2020, but beyond that the story gets a little more hazy. 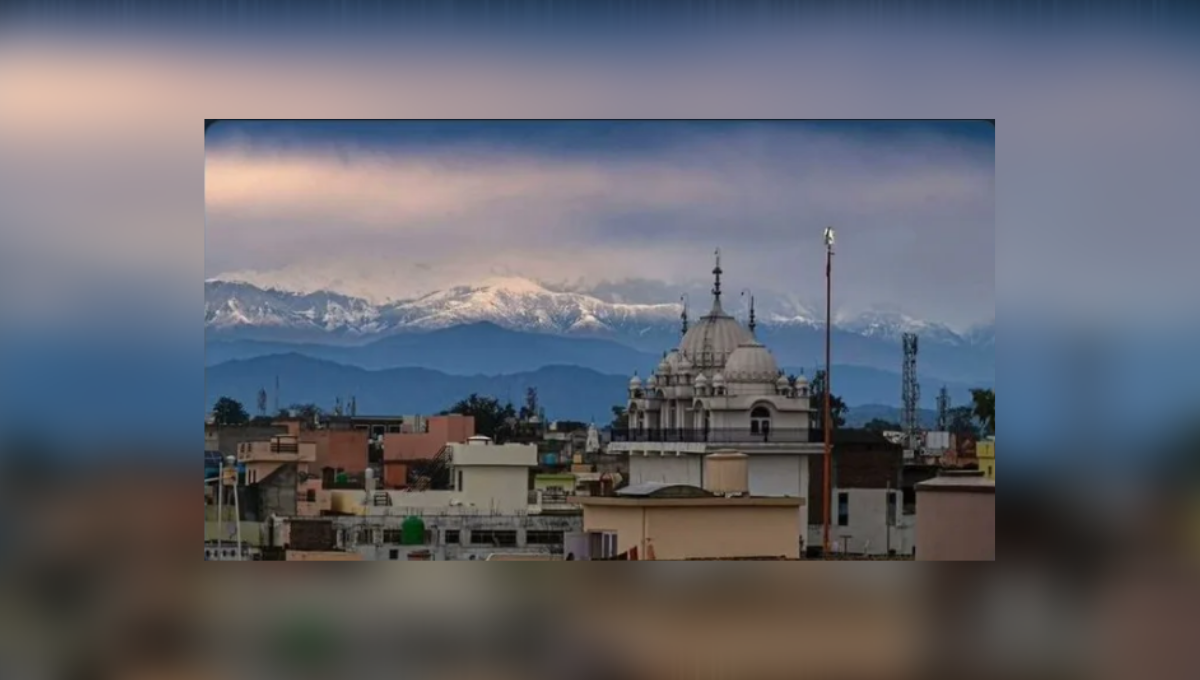 Claim:
In April 2020, the Himalayas were visible from northern India for the first time in 30 years.
Rating:

Air quality and visibility greatly improved in India in April 2020 as the country implemented a nationwide lockdown to combat the COVID-19 coronavirus disease.

While anecdotal evidence suggests that the Himalayas are rarely visible from northern India, we have not been able to definitively confirm that they have not been seen for the last 30 years.

In April 2020, a photograph started to circulate on social media that supposedly showed an unexpected result from the nationwide lockdown that had been implemented in India in an attempt to slow the spread of the COVID-19 coronavirus disease. Due to a decrease in pollution, social media users claimed, the Himalayas were visible from northern India for the first time in 30 years: This claim is largely accurate. In April 2020, many residents of Punjab, India, woke up to the unexpected sight of the Himalayas and excitedly posted photographs of the mountain range on social media. We can't definitively say that it's been 30 years since these mountains were last seen from northern India, however, and the changing seasons (in addition to less human traffic) likely played a part in the increased visibility in the area.

But the claim that the Himalayas have not been seen from northern India for 30 years due to pollution is not based on any scientific findings. Rather, this is an anecdotal observation.

On April 7, 2020, the website SBS Hindi published an article entitled "Himalayas visible for first time in 30 years as pollution levels in India drop." It quoted an environmental activist Sant Balbir Singh Seechewal as saying that he had "never seen anything like this in recent times."

The claim that this sight hasn't been seen in 30 years appears to come from the fact that Seechewal has been raising awareness of environmental pollution for more than 30 years.

“We can see the snow-covered mountains clearly from our roofs. And not just that, stars are visible at night. I have never seen anything like this in recent times,” says Mr Seechewal, who has been working to raise awareness of environmental pollution for over 30 years.

While the "30 years" portion of this claim may not correspond to a precise measurement (for instance, we are unaware of a photograph showing the last time the Himalayas were visible from northern India taken in April 1990), a number of Punjab residents did say that this was the first time they'd ever seen the Himalayas from their homes.

Former Indian cricket player Harbhajan Singh, for instance, said that he had "never seen (the) Dhauladar range from my home rooftop in Jalandhar" and that he "never could imagine that’s possible."

Photographer Anshul Chopra captured another image of this distant mountain range. Chopra estimated that the mountains in the distance are approximately 200 kilometers (about 125 miles) away:

It is also true that India has seen a dramatic reduction in pollution after the country implemented a nationwide lockdown in response to the COVID-19 pandemic. In 2019, India was home to 14 of the top 20 cities with the most hazardous air. But in April 2020, places such as Delhi saw their rating on the Air Quality Index (AQI) land in the "Good" portion of the scale at 38. The city's AQI is typically around 150 or higher.

India's Central Pollution Control Board released a report on March 31 noting how the lockdown had "resulted in significant improvement in air quality."

The nationwide Janta Curfew on March 22, 2020 and lockdown since March 24, 2020, have resulted in significant improvement in air quality in the country, as revealed by data analysis and comparison of data for time before enforcement of restrictions. The major sectors contributing to air pollution are transport, industries, power plants, construction activities, biomass & refuse burning, road dust resuspension and residential activities. In addition, certain activities such as operation of DG sets, restaurant, landfill fires, etc. also contribute to air pollution. As a result of stringent travel restrictions and shutting down of non essential activities including those of air polluting sectors, air quality improvement has been noted in many towns and cities across the nation. A brief analysis of data generated from continuous ambient air quality monitoring network and findings are summarized in this report.

India's Ministry of Earth Sciences also found that the visibility in India was practically off the charts in early April 2020: It's unclear, however, if the national lockdown was solely responsible for the increased visibility. While air pollution levels certainly impact visibility in northern India, smog in the area is typically at its worst in the winter.