Hillary Refers to Muslims as 'Sand N*****s' in WikiLeaks Dump?

The term "sand n*****" does appear in e-mail sent by Hillary Clinton and published by Wikileaks, but the Democratic presidential nominee did not use the term herself to describe Muslims. 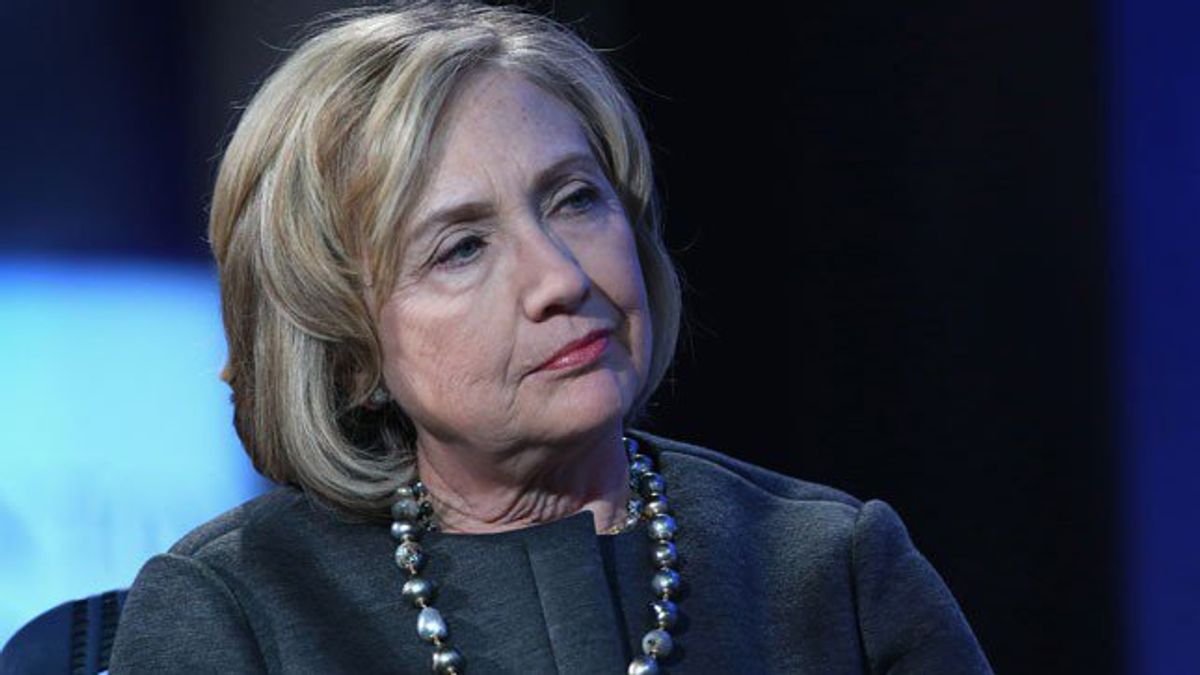 The term "sand n*gger" appears in an e-mail from Hillary Clinton published by Wikileaks.

Hillary Clinton did not use the term herself to describe Muslims; she forwarded an op-ed piece written by someone else that contained that phrase.

On 8 October 2016, a screenshot purportedly showing an e-mail sent by Hillary Clinton was circulated on social media along with the claim that the Democratic presidential candidate had used the term "sand n*gger" to describe Muslims.

The screenshot was real and the term "sand n*ggers" did appear in e-mail published by WikiLeaks. However, that e-mail did not capture Hillary Clinton herself using the derogatory term to refer to Muslims.

The screenshot shows an opinion piece written by Israeli author David Grossman that was published by Haaretz on 24 February 2012. The piece was later translated into English by Sol Salbe and later shared by Clinton via e-mail. Both Clinton's e-mail and Salbe's translation were preceded with a note from the translator:

Haaretz did something unusual: it placed an opinion piece on top of its front page.  But it wasn't just  an ordinary opinion piece, it was written by one of the country foremost novelists, David Grossman. The article, like Emile Zola's J'accuse, to which it has been compared, was a moral critique. Many who read it were very moved. But the moral missive never appeared in English (at least to my knowledge). The English Haaretz has always been somewhat reticent in presenting Israel to the world. And of course translating Grossman is not easy, he is a master of the language and the art of writing.I have no idea whether I have done justice to this work. But it needed to be translated. The message is too important.

I read in the newspaper that an argument ensued with the Israeli checkpoint commander, and that he refused to accept the patient. Did Omar hear the argument about him from within the van, or did they drag him out of the van and plonked  him in front of the commander, replete with catheter, nappy and hospital gown for a rapid overall assessment by the latter? And the commander said no. And yalla! We are on our way again. So they returned to van, and they kept on going. And now the guys in the van are perhaps not quite as nice before, because it is getting late and they want to get back and wonder what have they done to have deserved copping  this sand nigger and what are they going to do with him now.  If the Maccabim checkpoint rejected him, there was no way in which the Atarot checkpoint will take him. It is now pitch black outside and by the by, while traveling on Route 45, between the Ofer military base to the Atarot checkpoint, a thought or a suggestion pops up.  Perhaps someone said something and nobody argued against, or perhaps someone did argue back but the one who came up with the original suggestion carried more weight. Or perhaps there was no argument, someone said something and someone else felt that this is precisely what needs to be done, and one of them says to the driver, pull over for a moment, not here,  it’s too well lit, stop there. You, yes you, move it, get your arse into gear you piece of shit — thanks to you our van stinks;, you ruined our evening, get going! What do you mean to where?  Go there.

So while it's true that the term "sand n*gger" appeared in e-mail sent by Hillary Clinton, this term was not used by the former secretary of state to describe Muslims. Rather, it appeared in an opinion piece by an Israeli author about the death of a young man, which Clinton shared with others via e-mail.