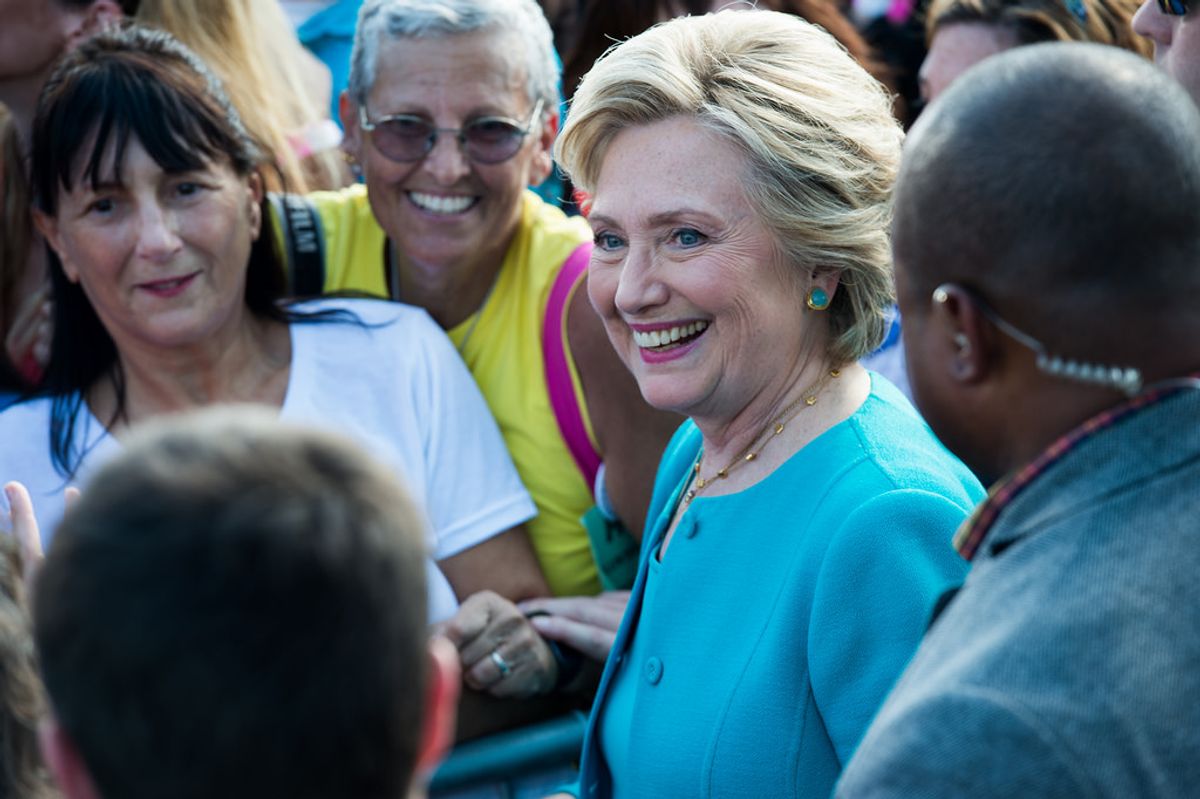 If the election was decided by the popular vote, than we would be swearing in a President Hillary Clinton.

But that’s not how it works. And — as he has said many time — if Donald Trump was campaigning for the popular vote, rather than the electoral vote, he would have campaigned much differently.

But he didn’t and Hillary’s margin of victory in that state was 4.3 million votes — or 61.5 percent

And therein lies the rub.

The purpose of the Electoral College is to prevent regional candidates from dominating national elections...

If you take California out of the total, Donald Trump won the popular vote by 1.4 million.

As the web site pointed out, as of 19 December 2016 CNN had Hillary Clinton winning a popular vote margin over Donald Trump with totals of 65,788,583 to 62,955,363 respectively, a margin of approximately 2.8 million votes (although Trump won the presidency by securing 306 electoral college votes, 36 more than he needed to claim victory).

It's true that if California's vote totals were entirely removed from the equation then Hillary Clinton would lose her popular vote lead, but the logic of that assessment is somewhat flawed. One could, for example, arbitrarily remove the states of New York and Massachusetts from the vote count, docking Clinton roughly 2.6 million votes (and wiping out her popular vote win). Or one could similarly claim that Trump's electoral vote victory "came entirely from Texas," since if Clinton had taken the Lone Star state (and its 38 electoral votes), she would also have won the overall election. One could combine any number of states' vote counts and exclude them from the aggregate, but doing so wouldn't undo the basic mathematical principle that a vote difference in one state can't sway the election results to or from a candidate who doesn't also have significant support from multiple other states. In this case, California wouldn't have put Clinton over the top in the popular vote total without the additional 61.4 million votes she received in other states.

There is some validity to pointing out that the 2016 election is an exemplar of a modern trend that generally sees Democratic candidates tending to receive large numbers of votes from densely-populated metropolitan areas in states such as New York and California, while Republican candidates tend to collect votes from geographically larger but less populated portions of the country — one of the main factors behind this election's disparity between the popular vote (which Clinton won) and the electoral vote that actually decides the election (which Trump won). This phenomenon could be viewed as a positive, that our electoral system requires winning presidential candidates to have broad national support and not just rack up huge margins in a relatively small number of high-population centers. On the other hand, some argue that our government should represent people and not geography, and therefore the location of voters should be irrelevant.

It may also be true, as Donald Trump has claimed, that without our winner-take-all electoral system (under which it makes no difference whether a candidate loses a state by 100 votes or 10,000,000 votes) that generally forces candidates to focus their efforts on a handful of "swing" states, he might have campaigned differently and garnered more popular votes than Hillary Clinton did. But freed from those electoral constraints, Clinton might also have campaigned differently and won more popular votes than she actually did — all such imaginings are just speculation that cannot be proved one way or the other.

In any case, it is true that the margin of votes by which Hillary Clinton won the state of California was significantly greater than the margin by which she won the national popular vote. But even if Clinton's 4.3 million vote victory over Trump in California provided her overall winning edge, it wouldn't be an issue if she hadn't also amassed enough votes all the other states to make that outcome possible.