A conspiracy theory video falsely reported that Hillary Clinton used a green screen to fake a crowd during her speech in Nevada in August 2016. 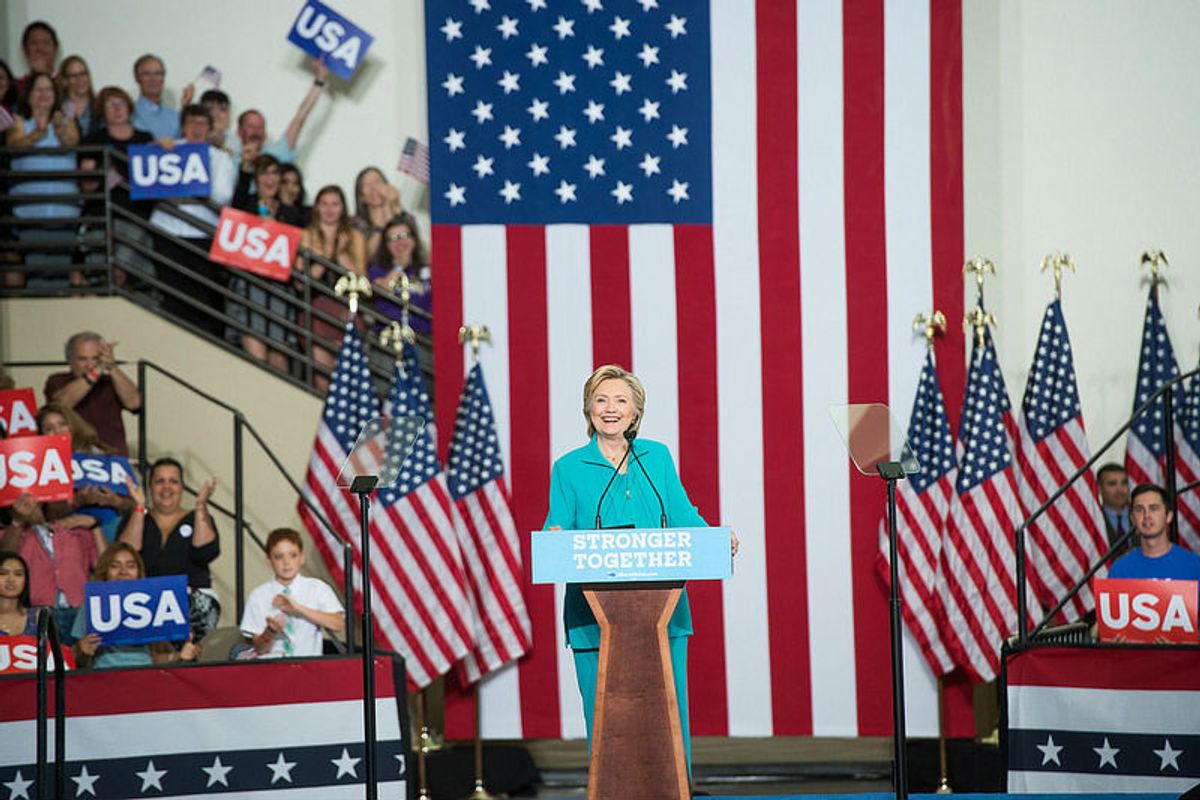 On 25 August 2016, a video started circulating on YouTube along with the claim that Hillary Clinton had used a green screen to create a fake audience during her speech in Nevada: The stage Clinton spoke at in Nevada is slightly elevated, meaning that the floor audience members would be filming at a slightly tilted angle. This likely explains the "white wall" shown in the "top" phone pictured above: The video also claims that Clinton is not visible on many of the phone screens. While it is certainly difficult to discern objects on these phone screens, Clinton is clearly visible as she leaves the podium: Of course, unlike the creator of this video, we'd never hinge our argument on a blurry screenshot of a video feed containing a video feed on cell phone screen. Luckily, there's a much easier way to prove that Hillary Clinton did not use a green screen during her Nevada speech.

Here's a photograph of Clinton interacting with one of the "fake" audience members: Another photograph from behind the podium shows the floor audience: Here's a shot from the reverse angle (note the height of the television cameras and the large white wall in the background): And for good measure, here's a photograph from the side of the stage: The conspiracy theory that Hillary Clinton used a green screen during her August 2016 speech in Nevada is based entirely on a few blurry screenshots of audience phone screens. Photographs from the event, however, as well as the logical application of angles, show that Clinton's audience was indeed real.

While it isn't particularly relevant to the argument offered above, it should be noted that the YouTube user who uploaded this video went by the handle "Barry Soetoro," which some conspiracy theorists claim is President Obama's actual name.