Yet another controversial tweet from Donald Trump prompted claims that Hillary Clinton once favored punishment for the act. 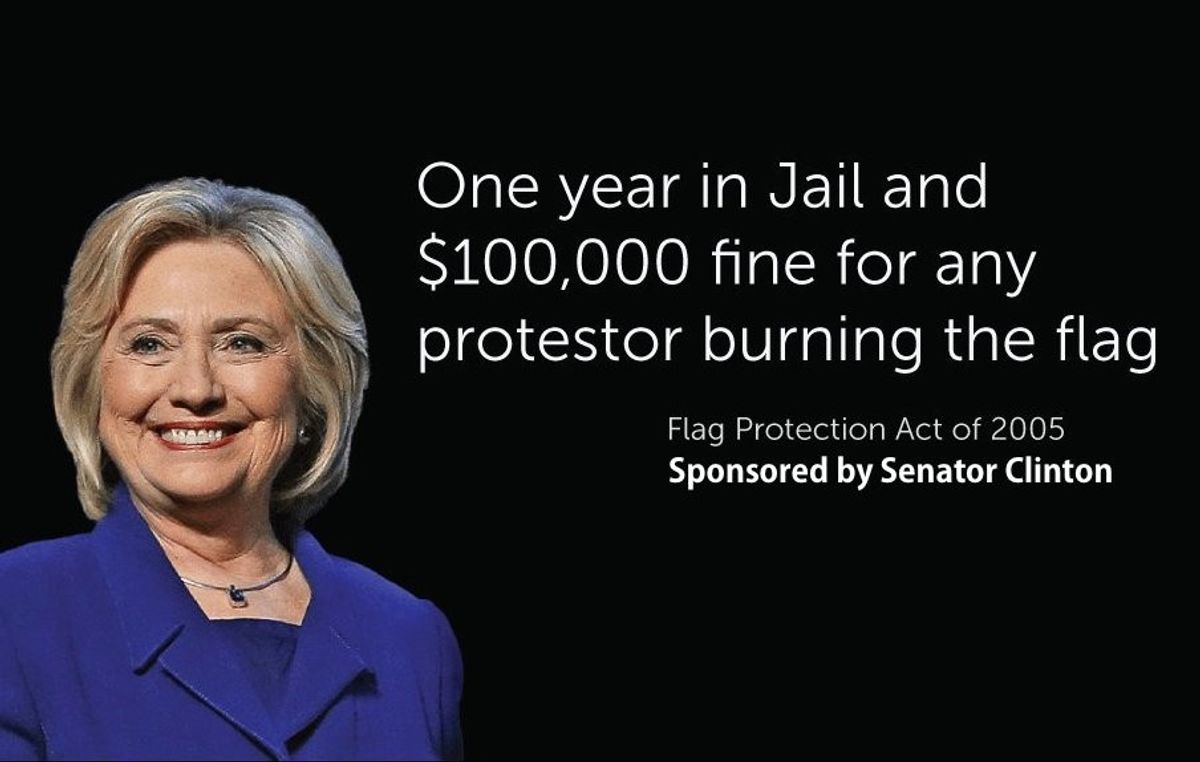 On 29 November 2016, President-elect Donald Trump tweeted a controversial opinion about the criminality of flag burning, leading to secondary rumors that his former political rival, Hillary Clinton, once supported criminalizing the act of protest.

In his tweet, Trump suggested that "no one" should be permitted to burn the flag, adding that offenders ought to be punished with losing their United States citizenship or spending a year in jail. Almost as quickly as the controversy started, other rumors erupted that in 2005, then-Senator Hillary Clinton sponsored a bill making flag burning an offense punishable by one year in prison or a fine of $100,000.

Any person who shall intentionally threaten or intimidate any person or group of persons by burning, or causing to be burned, a flag of the United States shall be fined not more than $100,000, imprisoned for not more than 1 year, or both.

The law was not passed (or considered) by Congress. A critical New York Times editorial published on 7 December 2005 provided context for the proposal:

The bill attempts to equate flag-burning with cross-burning, which the Supreme Court, in a sensible and carefully considered 2003 decision, said could be prosecuted under certain circumstances as a violation of civil rights law. It's a ridiculous comparison. Burning a cross is a unique act because of its inextricable connection to the Ku Klux Klan and to anti-black violence and intimidation. A black American who wakes up to see a cross burning on the front lawn has every right to feel personally, and physically, threatened. Flag-burning has no such history. It has, in fact, no history of being directed against any target but the government.

As the editorial went on to explain, Clinton's justification for sponsoring the bill was the notion that flag burning could be used to intimidate or threaten American citizens. While the bill was never passed, Trump echoed its proposed $100,000 fine (although "loss of citizenship" was not included in the 2005 legislation).