Is a Hillary Clinton 'Snuff Film' Circulating on the Dark Web?

Conspiracy theory web sites reported that Clinton could be seen mutilating a child during a Satanic ritual in an online video code-named "Frazzledrip." 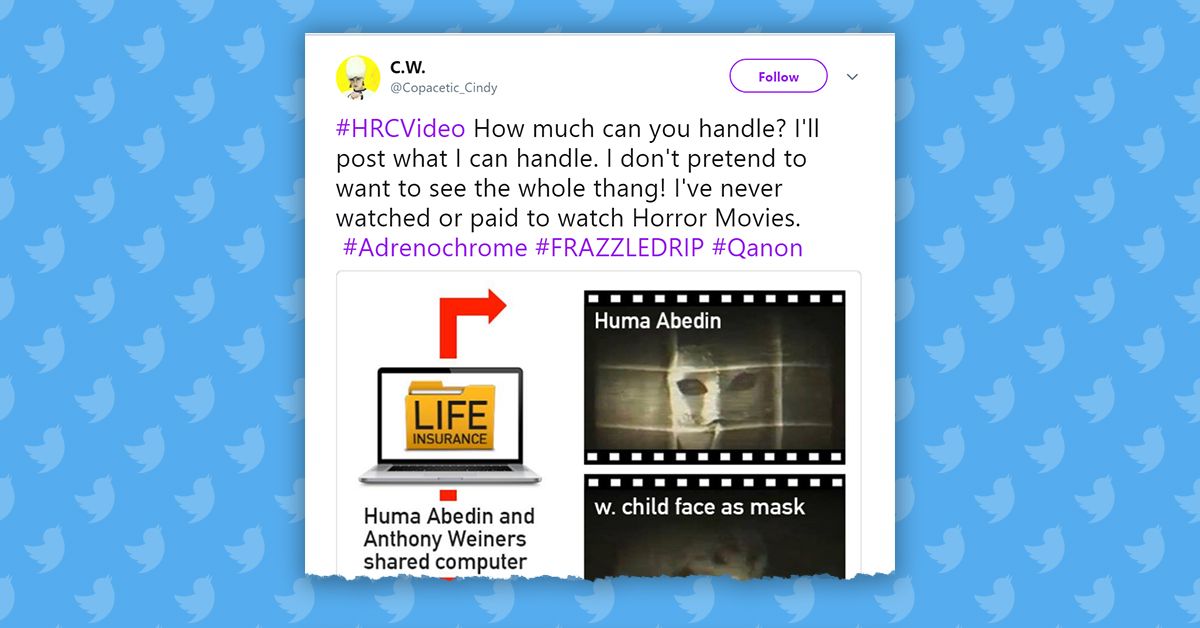 Claim:
An "extreme snuff film" in which Hillary Clinton and aide Huma Abedin are seen raping and mutilating a prepubescent girl is circulating on the dark web under the code name "Frazzledrip."
Rating:

Somewhere on the dark web there exists a video of former secretary of state Hillary Clinton and longtime aide Huma Abedin raping and mutilating a young child — at least, according to web sites devoted to promulgating outrageous "deep state" conspiracy theories.

An article from Your News Wire (now NewsPunch) published on 15 April 2018 reported, for example, that the "horrific" video was found on the hard drive of a laptop belonging to Abedin's husband, former Democratic congressman Anthony Weiner (who was jailed in 2017 for sexting with a minor):

An “extreme snuff film” featuring Hillary Clinton and Huma Abedin raping and mutilating a prepubescent girl is circulating on the dark web, according to sources familiar with the material.

The video, code named Frazzledrip, has been circulating on the dark web since Monday, according to reliable sources who have viewed the material and confirm the content is “worse than any nightmare.”

“The people who are coming back from viewing this tape are just not the same.”.

Many people are unable to watch the video due to the horrific nature of the content, according to sources familiar with the tape.

In the video, they take a little girl and they fillet her face, according to reports, and then they take turns wearing the little girl’s face like a mask. It is believed they were terrorizing the young girl, deliberately causing the child’s body to release Adenochrome into her bloodstream before bleeding her out and drinking the blood during a Satanic ritual sacrifice.

Adrenochrome is an oxidation product of adrenaline (ephinephrine, norepinephrine) that is extracted from a living donor’s adrenal gland. According to those familiar with the elites’ drug of choice, the high is “intense” and “exotic”.

The reports amounted to an escalation of a thoroughly discredited conspiracy theory (associated with such hashtags as #Pizzagate, #SpiritCooking, and #QAnon) alleging that Clinton and other so-called "deep state" conspirators run a massive Satanic pedophile ring based out of a Washington, DC pizzeria. YourNewsWire has granted uncritical credence to such theories in the past.

The article's author, "Baxter Dmitry," took his cues from social media posts featuring still images allegedly extracted from the mysterious "#Frazzledrip" video. One of the earliest such posts appeared on Facebook during the first week of April 2018: However, it only took a few moments of investigating to determine that the sepia-toned images came not from incriminating footage found in some dank corner of the dark web, but rather from a maniacally inscrutable YouTube video uploaded (coincidentally or not) on April Fools Day 2018 (regrettably, that video has since been deleted).

We found, moreover, that the image purporting to show Huma Abedin wearing a mask made from the face of a mutilated child (discernible at the 1:23 minute mark in the above video) was actually taken from the website of a well-known "underground" Indian restaurant in Washington, DC, called Hush Supper Club. The masked woman is the restaurant's proprietor, Geeta, who has been profiled in a number of national news venues.

Here is the photograph in its original context: Insofar as it's supposed to serve as evidence that Huma Abedin participated in a Satanic ritual involving the mutilation of a child, then, the video is demonstrably a hoax. However, that hasn't stopped social media users from trying to find other imagery in the video to support the "snuff film" thesis, though the results — even with the addition of visual aids — remain laughably incomprehensible: In point of fact, there appeared to be some disagreement among conspiracy theorists as to whether the two-minute YouTube clip and the much-ballyhooed "Frazzledrip" video were even one and the same. Some claimed the YouTube video was only a teaser, and that somewhere a full-length version existed, which if and when it were made public — would finally expose Hillary Clinton for the murderous Satanic pedophile ringleader she truly is. Others suspect "Frazzledrip" may not really exist, that the persona is actually a deep-state prank meant to make them look foolish.

We were only able to find one other probable contender for the title of "the real Frazzledrip video," and though we've not been able to vet its authenticity, we include it here so interested parties can make up their own minds (caution, the content linked below, with our sincere apologies, may not be suitable for all viewers):

https://t.co/T5bwLUihz7#frazzledrip. Here is the vid