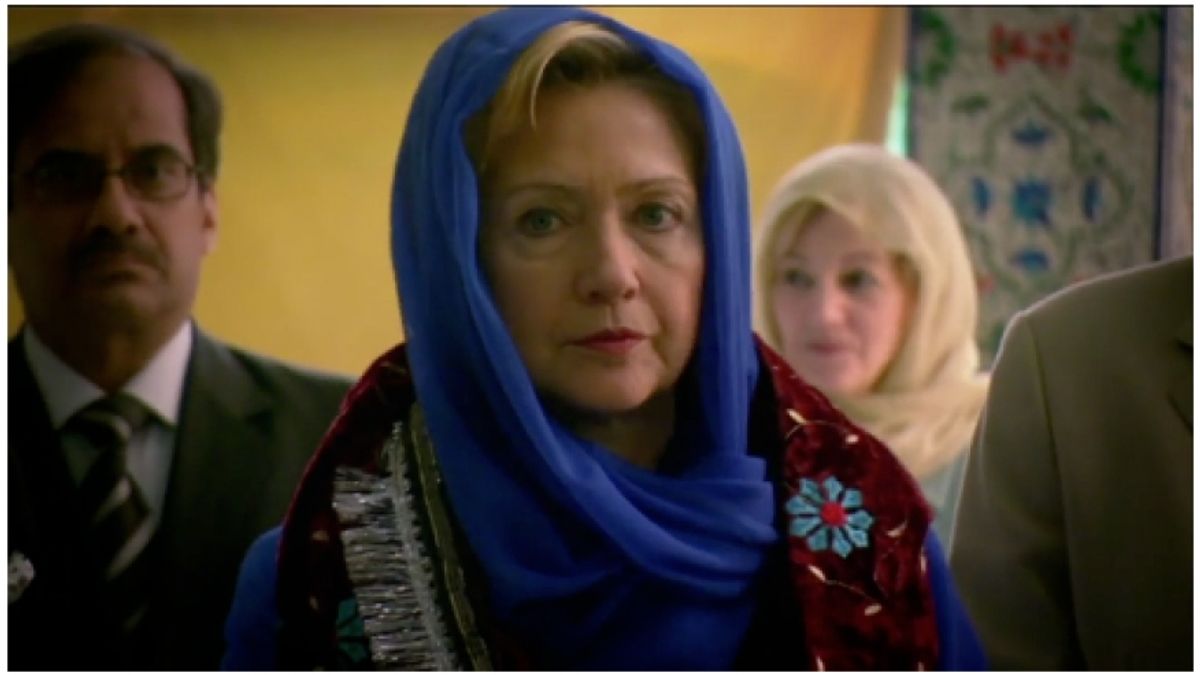 Claim:
Democratic presidential nominee Hillary Clinton once said, "I think Sharia Law will be a powerful new direction of freedom and democracy for the women of Libya."
Rating:

In spite of the fact that the above statement attributed to Democratic presidential nominee and former secretary of state Hillary Clinton has been circulating via social media since at least March 2015, no source, date or venue has ever been cited for it. It's not to be found in any public speech or interview ever given by Clinton, nor any document written by her, in searchable online databases. Moreover, there is no record of any statements made by Clinton that even vaguely resemble the sentiments expressed above.

Judging from the way the passage is constructed, it was not only fabricated, but fabricated with satirical intent. It simply makes no sense — except in a joke made at Hillary Clinton's expense — for her to describe herself as "the most powerful woman in America." Nor does it make sense — except in a spoof questioning Clinton's intelligence and competence — for a Western leader to equate the imposition of Sharia Law with freedom and democracy.

That the quote likely originated as a spoof is supported by another version that attempts to stretch the joke further by adding a tagline:

HILLARY: "I think Sharia Law will be a powerful new direction of freedom & democracy for the women of Libya. All my life I’ve fought for women’s equality & NOW THAT I'M THE MOST POWERFUL WOMAN IN AMERICA, I’m proud to have brought about this change to the repressive Khadaffy regime in Libya...." When reminded that Sharia law means complete & barbaric oppression & enslavement of women, Clinton responded "Isn't that the other one, the shiite thing?"

...because Hillary Clinton, who served as U.S. Secretary of State for four years, is so ignorant about Islam that she doesn't know the difference between "Sharia" and "Sunni" (or "Sharia" and "Shia," or something like that). Get it?