Hillary Clinton Sat on the Monsanto Board?

Hillary Clinton never sat on Monsanto's board of directors, nor does she maintain any known fundraising ties with the agribusiness giant. 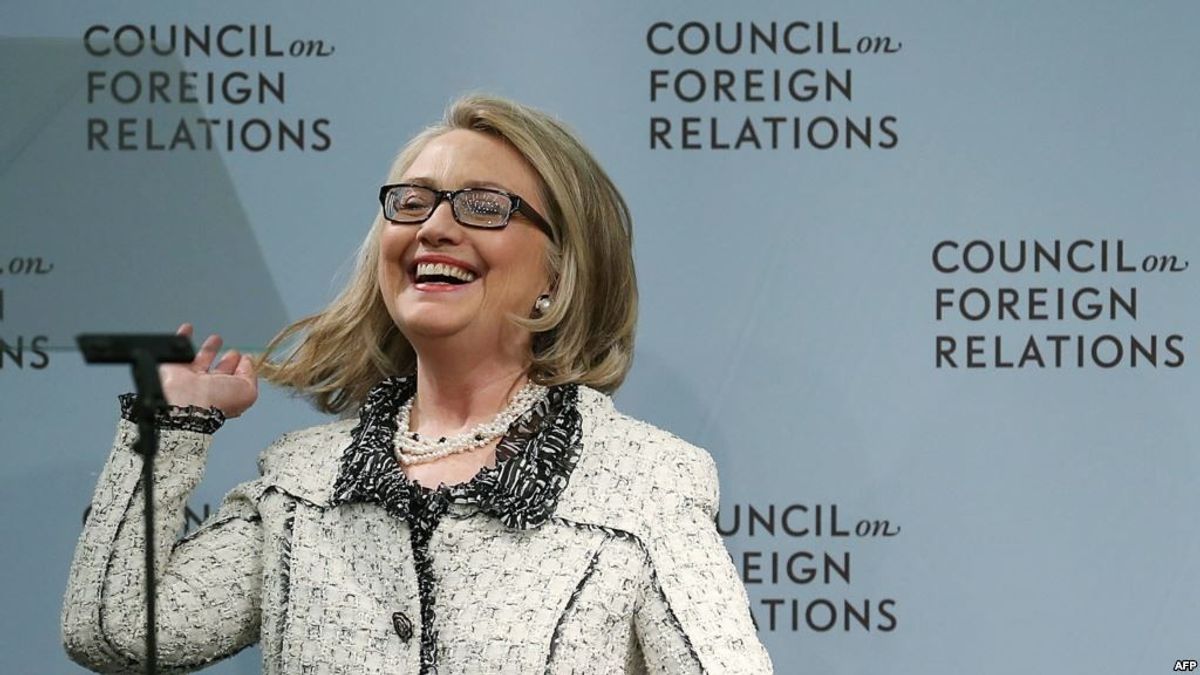 Claim:
Hillary Clinton is (or was) a member of Monsanto's board of directors.
Rating:

The Walmart chain of retail stores and the Monsanto agrochemical/agricultural biotechnology corporation are two of America's largest companies, and they're also two of the businesses mostly frequently invoked in public criticism as supposed exemplars of corporate greed, putting profits and growth far ahead of concern for their employees, suppliers, and customers. Due to this public perception, politicians (especially those in the Democratic or populist camps) risk sowing disaffection among their supporters should they evince any significant business ties (whether it be employment, investment, or campaign donations) to such companies. Hence a recent point of criticism about Democratic presidential candidate has been that she does (or did) sit on the board of directors of both Walmart and Monsanto.

It is true that thirty years ago Hillary Clinton began a six-year tenure as a member of Walmart's board of director, an aspect of her past that Ms. Clinton has largely avoided mentioning on the campaign trail:

In 1986, Sam Walton, the founder of Wal-Mart, had a problem. He was under growing pressure from shareholders — and his wife, Helen — to appoint a woman to the company’s 15-member board of directors.

So Mr. Walton turned to a young lawyer who just happened to be married to the governor of Arkansas, where Wal-Mart is based: Hillary Rodham Clinton.

Mrs. Clinton's six-year tenure as a director of Wal-Mart, the nation's largest company, remains a little known chapter in her closely scrutinized career. And it is little known for a reason. Mrs. Clinton rarely, if ever, discusses it, leaving her board membership out of her speeches and off her campaign Web site.

Fellow board members and company executives, who have not spoken publicly about her role at Wal-Mart, say Mrs. Clinton used her position to champion personal causes, like the need for more women in management and a comprehensive environmental program, despite being Wal-Mart's only female director, the youngest and arguably the least experienced in business. On other topics, like Wal-Mart's vehement anti-unionism, for example, she was largely silent, they said.

Her years on the Wal-Mart board, from 1986 to 1992, gave her an unusual tutorial in the ways of American business — a credential that could serve as an antidote to Republican efforts to portray her as an enemy of free markets and an advocate for big government.

But that education came via a company that the Democratic Party &mdashl and its major ally, organized labor — has held up as a model of what is wrong with American business, with both groups accusing it of offering unaffordable health insurance and mistreating its workers.

However, since at least October 2014 rumors have claimed that Hillary Clinton once sat (or currently sits) on the board of directors of agribusiness giant Monsanto as well, despite the lack of any evidence documenting such a connection. The repetition of those rumors increased as the primary elections of the 2016 presidential campaign drew nearer:

Hillary Clinton (not sure if she still is) was a board member for Monsanto, no wonder she is pushing GMO foods. Dig...

If you sat on the board of Wal-Mart and Monsanto as well as your husband being responsible for the repealing the Glass Steagall act, then you just might be a friend of Wall Street.

As evidenced in the examples embedded above, many of those repeating the claim about Hillary Clinton on social media didn't appear to be familiar with its detail, and dates of Clinton's purported tenure on Monsanto's board were never (or rarely) included in iterations of the rumor. Oftentimes social media users who debunked the rumor attributed it to supporters of Bernie Sanders, though we were unable to specifically pin the claim to any source linked with Sanders' campaign (especially given that versions of it appeared on Twitter in 2012 and 2013, well before either candidate entered the 2016 presidential fray).

Nonetheless, many shares of the rumor on social media indeed originated with individuals asserting that Sanders was the preferable candidate for lacking the big business ties that Clinton (supposedly) had courted:

She is on the board of Monsanto. Why don't they bring that up each time her face is shown?

That said, there are some indirect connections between Hillary Clinton and Monsanto that might have inspired such rumors. The Rose Law Firm for whom Hillary Clinton worked in Arkansas from 1977 through the 1980s reportedly handled some business for Monsanto, but we found no evidence that HIllary Clinton herself was involved in such work. She has also spoken supportively of the biotech industry in general (not Monsanto specifically), as she did at the 2014 Biotechnology Industry Organization (BIO) conference in San Diego:

Speaking at the BIO 2014 convention in San Diego, Clinton told a luncheon audience that she understood biotech companies face extreme risks in developing new health care products. State support, along with a "national framework" including provisions to help patients who can't afford biotech therapies, are part of a rational policy, said Clinton.

[Clinton] was interviewed by Jim Greenwood, president and CEO of the Biotechnology Industry Organization. BIO is holding the convention in San Diego for the first time since 2008.

Clinton also endorsed the use of genetically modified organisms, or GMOs in agriculture to improve crops, such as by engineering them for drought resistance. She suggested the biotech industry stress these characteristics instead of focusing on the term GMOs.

On GMOs, Clinton said the biotech industry "should continue to try to make the case to those who are skeptical that they may not know what they are eating already, because the question of genetically modified foods or hybrids has gone on for many many years, and there is a big gap between what the facts are and what the perceptions are."

"If you talk about drought-resistant seeds, and I have promoted those all over Africa, by definition they have been engineered to be drought-resistant," Clinton said. "That's the beauty of them. Maybe somebody can get their harvest done and not starve, and maybe have something left over to sell."

The Monsanto Company is also listed among the entities who have donated between $1 million and $5 million to the Clinton Foundation, a nonprofit corporation established by former President Bill Clinton to "strengthen the capacity of people throughout the world to meet the challenges of global interdependence."

Additionally, some sources have posited that the rumor arose from a connection between the Clinton campaign and Jerry Crawford, an Iowa lawyer and Democratic party leader. Crawford worked on Hillary Clinton´s 2016 campaign in Iowa and is often described as a "Monsanto lobbyist":

The only tie Clinton’s campaign has to the biotech company is campaign adviser Jerry Crawford, who was brought on to help her win Iowa. If you are a presidential candidate, and you want to win in Iowa, you hire lobbyist Jerry Crawford who has a lot of political clout in the state. According to Opensecrets.org, his lobbying firm has represented Monsanto, as well as the Humane Society. This shouldn't be a surprise, considering the fact that Iowa is a major state for agriculture, and a number of seed companies do business with farmers there.

Crawford was profiled as a Clinton asset in Iowa in early 2015, but he began working on her Iowa campaign back in 2014. Crawford was also named as Midwest co-chair of the 2008 Clinton campaign [PDF]. It's possible that Crawford's lobbying connections were conflated with Hillary Clinton's, and/or that Clinton's tenure on Walmart's board of directors led to a franken-rumor that she also served on the board of Monsanto.

But despite the rumor's proliferation across social media, there's no truth to the claim that Hillary Clinton sat on Monsanto's board of directors at any point during her career. Moreover, we found no direct ties between Hillary Clinton and the agribusiness firm in regards to political fundraising. Apart from working with Crawford (whose firm has also provided services for Monsanto), Clinton has no obvious ties to the Monsanto corporation.