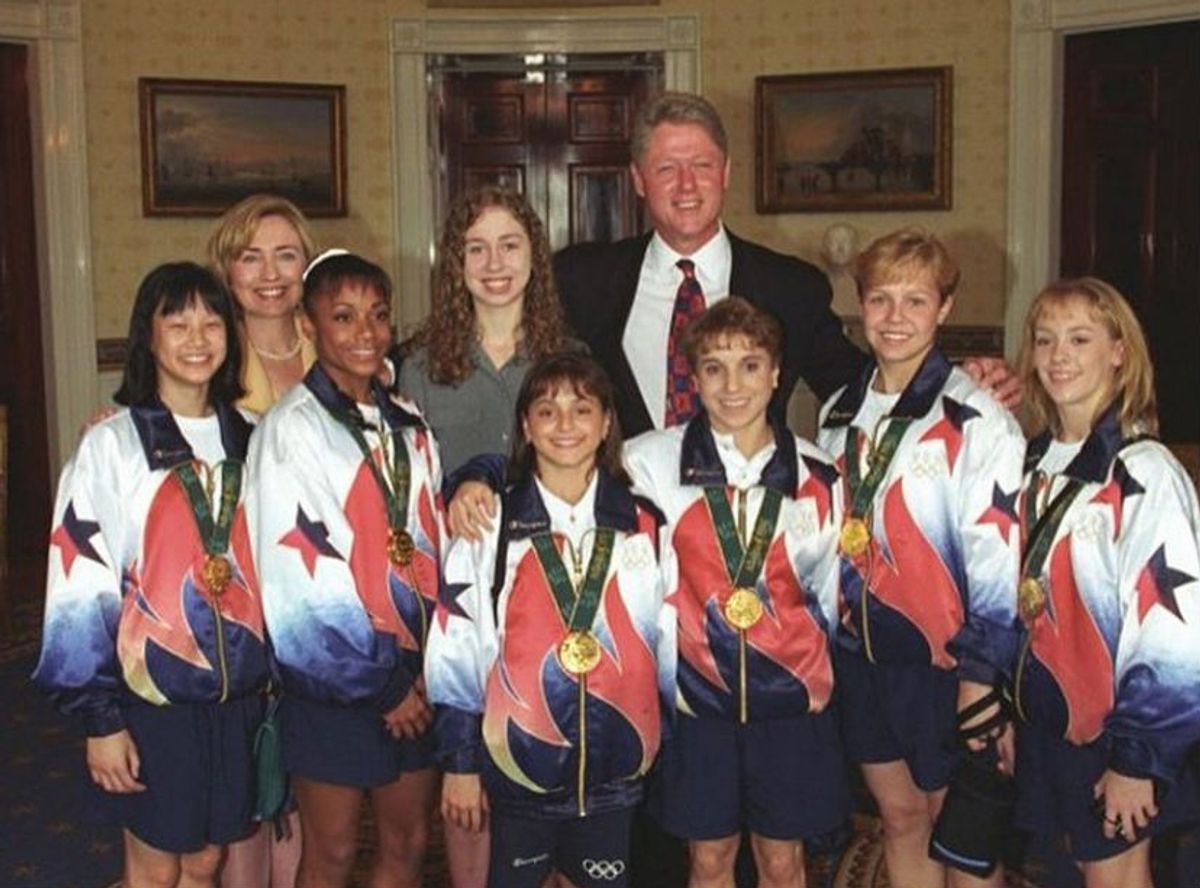 Young Cons used a less abrasive and slightly more accurate title — "Hillary Congratulates Hijab Wearing American Olympian for Competing, Ignores Female Who Wins Gold in Air Rifle" — for the headline of the underlying article (which implied the lack of recognition had something to do with Thrasher's sport involving the use of a gun).

As of this writing the United States has won five gold medals at the 2016 Olympics, and Clinton has only tweeted about one of those winners, swimmer Katie Ledecky, who set a world record in the 400m freestyle:

(The style of Clinton's Olympics-related Twitter posts suggests they may be keyed to images prepared in advance of the games to recognize selected athletes or anticipated winners. The graphic for the Katie Ledecky tweet, for example, referred to Ledecky as an "Olympic gold medalist and world record holder," a status she held before the start of the Rio Olympics, but made no reference to the specific event she won in the 2016 games.)

It is also worth noting that Republican presidential nominee Donald Trump's Twitter account likewise did not issue any congratulations to Thrasher. As of this writing, the only Trump tweet about the 2016 Olympic Games has been a "good luck" message to all of America's athletes:

Of course, it's inaccurate to say that either Hillary Clinton or Donald Trump "refused" to congratulate Thrasher or "ignored" her accomplishments. Team USA is expected to claim dozens more gold medals (they took home 46 in 2012) at the 2016 Rio Olympics, and it's unlikely that either candidate will mention each of those athletes by name on social media in the midst of a busy presidential campaign.