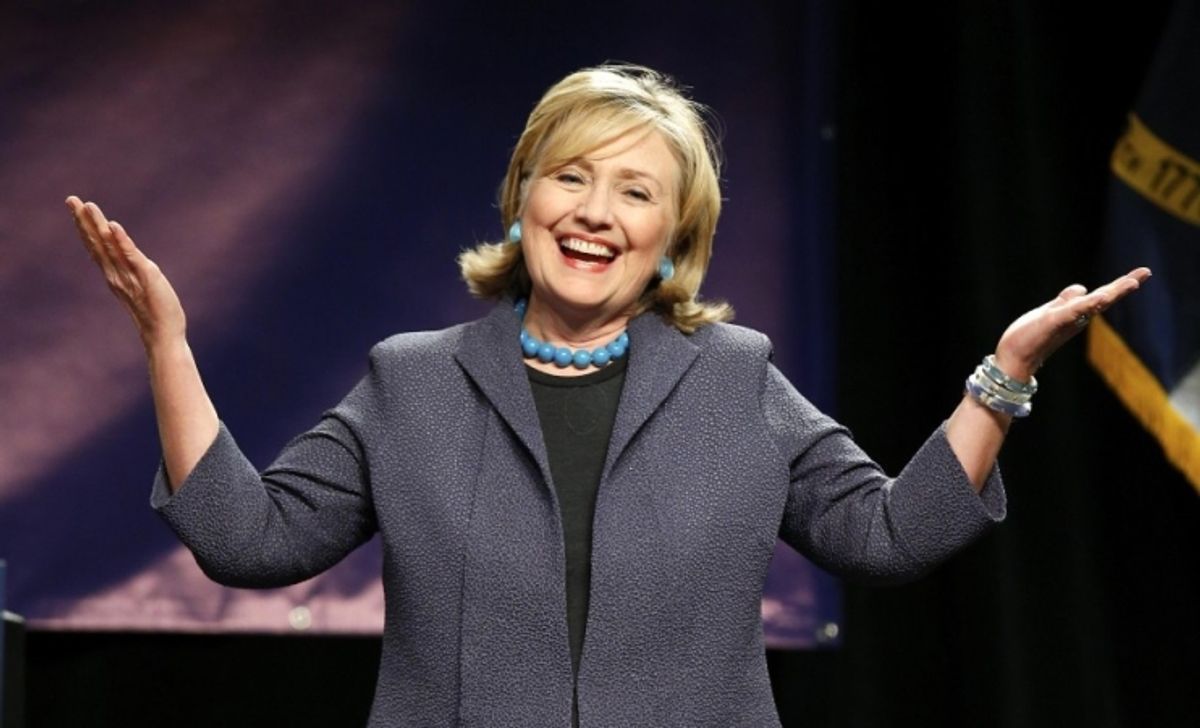 Claim:
$6 billion went missing from the U.S. State Department while Hillary Clinton was in charge.
Rating:

As the U.S. presidential campaign entered its home stretch on 1 October 2016, the New York Times released a partial income tax return for GOP candidate Donald Trump — the only tax information for Trump made public so far — showing that he deducted business losses in 1995 totaling $916 million.

The amount was so substantial, the Times' tax experts concluded, that it could have allowed Trump to "legally avoid paying any federal income taxes for up to 18 years," a scenario not unlike one posited by Democratic contender Hillary Clinton during the first presidential debate days earlier:

So you've gotta ask yourself: Why won't he release his tax returns? And I think there may be a couple of reasons. First, maybe he's not as rich as he says he is. Second, maybe he's not as charitable as he claims to be. Third, we don't know all of his business dealings, but we have been told through investigative reporting that he owes about $650 million to Wall Street and foreign banks. Or maybe he doesn't want the American people, all of you watching tonight, to know that he's paid nothing in federal taxes.

The Trump tax revelations spurred Clinton to take up the cudgel yet again. "What kind of genius loses a billion dollars in a single year?" she said in a 3 October speech. "This is Trump to a tee. He's taken corporate excess and made a business model out of it."

To which Trump supporters responded by questioning the $6 billion in government funds Clinton reportedly "lost" when she was in charge of the U.S. State Department:

We're not going to argue that the comparison isn't valid — it is, in a sense — but it is our job to point out that the above wording misrepresents the facts. When Hillary Clinton's State Department received an inspector general's alert in 2014 charging that the paperwork on $6 billion in government contracts hadn't been properly accounted for, it didn't mean, despite some loosey-goosey media reporting at the time, that the money itself was "lost" or "missing." State Department inspector general Steve Linick clarified what happened thusly:

The April 3 news article “State Department’s IG issues rare alert” reported on the management alert issued recently by my office. In the alert, we identified State Department contracts with a total value of more than $6 billion in which contract files were incomplete or could not be located. The Post stated, “The State Department’s inspector general has warned the department that $6 billion in contracting money over the past six years cannot be properly accounted for . . . . ”

Some have concluded based on this that $6 billion is missing. The alert, however, did not draw that conclusion. Instead, it found that the failure to adequately maintain contract files — documents necessary to ensure the full accounting of U.S. tax dollars — “creates significant financial risk and demonstrates a lack of internal control over the Department’s contract actions.”

So, if the point of comparing Trump's and Clinton's "losses" is to imply that Clinton literally misplaced $6 billion in taxpayer monies, it fails. If the point, however, is that Clinton ought to be held responsible for mismanagement of the department's record keeping practices such that $6 billion in government spending was  inadequately accounted for, it's well taken.