After Donald Trump said Hillary Clinton was playing the "woman card," her campaign appropriated the phrase. 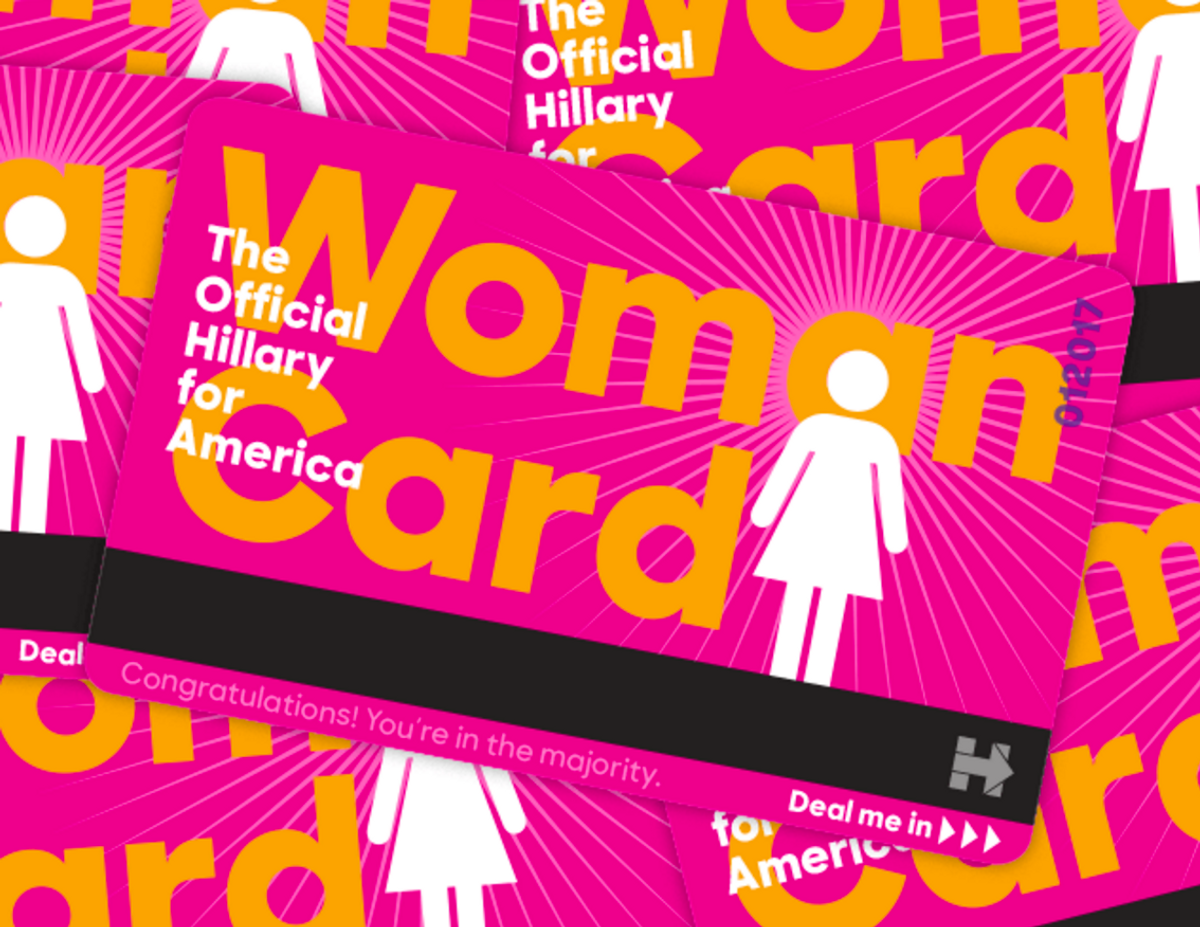 Claim:
Presidential candidate Hillary Clinton is sending out pink “Woman Cards” to those who donate to her campaign.
Rating:

On 26 April 2016, Republican candidate Donald Trump turned his attention on Democrat Hillary Clinton instead of his Republican rivals. From the lobby of Trump Tower, he said, “The only thing she has is the woman card; she’s got nothing else going. And frankly, if Hillary Clinton were a man, I don’t think she’d get five percent of the vote.”

Clinton took the remarks in stride: “If fighting for women’s health care and paid family leave and equal pay is playing the woman card, then deal me in!”

Trump expanded upon his comments the next day during the “Morning Joe” television program: “I haven’t quite recovered – it’s early in the morning – from her shouting that message.” According to the Washington Post, Trump acknowledged that he knew he was courting charges of sexism, “I know a lot of people would say you can’t say that about a woman, because of course a woman doesn’t shout.”

On Wednesday, Clinton’s campaign wrote, “They might make flashy headlines, but Trump’s comments aren’t a joke. Hillary can handle these attacks. Millions of women shouldn’t have to.”

By Thursday evening, Clinton began turning Trump’s attacks against him. She tweeted to her followers: The bottom right of the card includes her tagline from Wednesday: “Deal me in.”