A chain message claims that Hillary Clinton is disqualified from holding public office under U.S. Code Title 18, Section 2071, but the application of that law to her is doubtful. 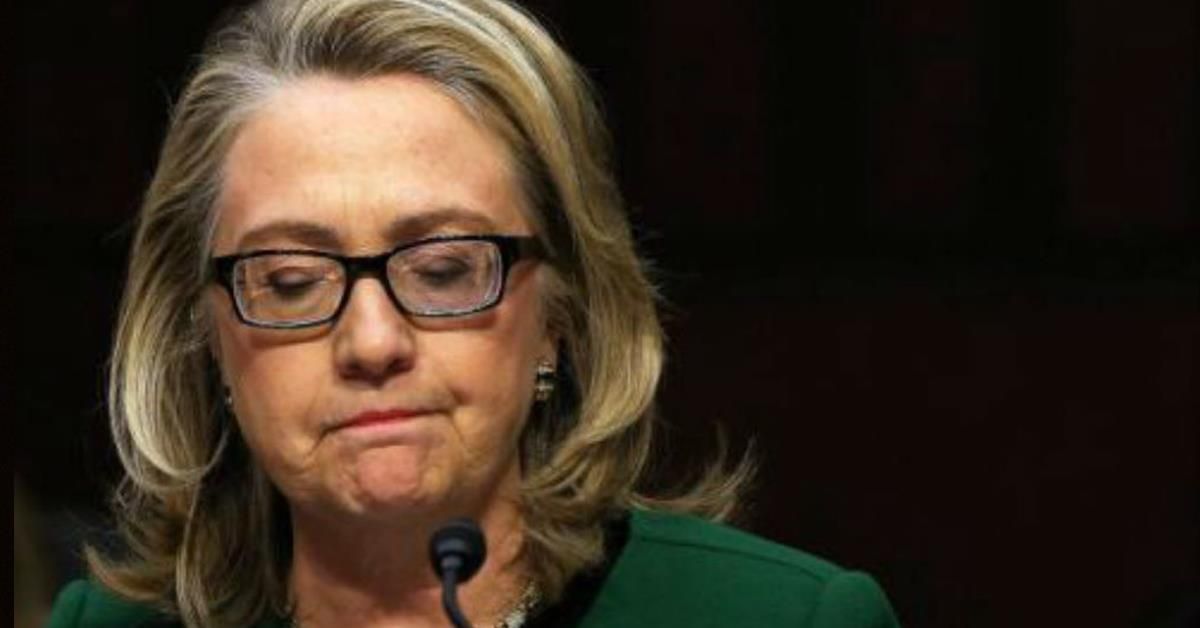 Claim:
Hillary Clinton is disqualified from holding the office of President under the provisions of U.S. Code Title 18, Section 2071.
Rating:

Former U.S. Attorney General Michael Mukasey appeared on MSNBC on 24 August 2015 and opined that Hillary Clinton was disqualified from holding office due to her use of a private e-mail server while serving as secretary of state.

On 24 August 2015, former United States Attorney General Michael Mukasey appeared on MSNBC's Morning Joe program and opined that Democratic presidential candidate Hillary Clinton should be disqualified from holding that office due to her use of a private e-mail server for conducting government business while she was serving as secretary of state. Mukasey cited U.S. Code Title 18, Section 2071 as basis of his statement:

During that initial appearance, he said that Clinton's wiping of data from her private e-mail server was the offense that violated the cited section of the U.S. Code and disqualified her from office:

I think the more dangerous part of [the Clinton e-mail investigation], from her standpoint, is not so much the placement of the material here as wiping the server.

It is true that U.S. Code Title 18, Section 2071 establishes the concealment or destruction of some government records as a crime, and that public officeholders who violate the code are to be disqualified from "holding any office under the United States":

(a) Whoever willfully and unlawfully conceals, removes, mutilates, obliterates, or destroys, or attempts to do so, or, with intent to do so takes and carries away any record, proceeding, map, book, paper, document, or other thing, filed or deposited with any clerk or officer of any court of the United States, or in any public office, or with any judicial or public officer of the United States, shall be fined under this title or imprisoned not more than three years, or both.

(b) Whoever, having the custody of any such record, proceeding, map, book, document, paper, or other thing, willfully and unlawfully conceals, removes, mutilates, obliterates, falsifies, or destroys the same, shall be fined under this title or imprisoned not more than three years, or both; and shall forfeit his office and be disqualified from holding any office under the United States.

However, when legal experts analyzed Mukasey's claim and his application of Title 18 to Hillary Clinton, they concluded it was not legally sound, and within a week even Mukasey agreed that his initial statement was problematic.

Eugene Volokh, a professor at the University of California, Los Angeles School of Law (and a legal analyst for the Washington Post) ended an August 2015 column on the controversy by opining that disqualifying a person from holding the office of President over a criminal sentence was possibly unconstitutional, and that the issue was moot in Clinton's case because even if she were found guilty of such an offense, she would be effectively disqualified from office in the court of public opinion rather than in a court of law:

[T]he Constitution does expressly allow Congress to make disqualification from future office part of the sentence in impeachment proceedings — but has no such provision as to criminal sentences.

Michael B. Mukasey, a former Attorney General of the United States (and former Chief Judge of the United States District Court for the Southern District of New York), has stated that if former Secretary of State (and former Senator) Hillary Clinton is convicted under 18 U.S.C. § 2071,[1] then she is disqualified from holding the presidency ... Mukasey’s and Cause of Action’s position is fundamentally misconceived; indeed, neither puts forward any authority for the position that Section 2071 or any other federal statute creates or could create a disqualification in regard to any elected federal position, including the presidency.

The democratic presumption is that any adult member of the polity ... is eligible to run for office ... The requirement in the U.S. Constitution that the President be at least 35 years old and Senators at least 30 is unusual and reflects the felt importance of mature judgment to the effective discharge of the duties of these important offices; nor, as the cases we have just cited hold, may Congress or the states supplement these requirements.

Federal district courts, including those outside of Chief Judge Posner’s Seventh Circuit, have taken a similar stance. So has persuasive scholarly authority.

In short, Tillman (and Volokh) held that the qualifications stipulated in the Constitution regarding eligibility for the office of President (i.e., having reached the age of 35 and having lived in the United States for 14 years) cannot be modified by Congress through the passage of laws, only by amending the Constitution itself.

Prior to the August 2015 controversy, Prof. Matthew Franck had expressed much the same viewpoint in the National Review's "Bench Memos" column. Addressing a prior version of the claim made in March 2015 by Fox News anchor Megyn Kelly, Franck maintained that a statute such as Section 2071 did not have the judicial weight to override the Constitution and create additional disqualifying criteria:

At first blush it appears that Kelly has it right. The presidency is an “office under the United States,” as are all executive and judicial branch offices. (Members of either house of Congress are consistently not called “officers” in the Constitution, or, so far as I know, in any federal statutes.)

But a mere statute cannot legally disqualify a person from eligibility to the presidency, if he or she possesses the constitutional qualifications. Anyone who is a native-born citizen, 35 or older, who has been 14 years a resident of the country, and who receives a majority of the electoral votes cast for president as certified by the joint session of Congress held to count the ballots (or in the event of no such majority, the one who wins a majority of the states in the contingency balloting of the House), shall be sworn in as president. That is all in the Constitution, and it is not possible for Congress to add the further qualification “and who has not been convicted of felony X.”

No one in Congress could have thought that such a provision applied to the president, who can lose his office against his will only by being impeached by the House and convicted, after an impeachment trial, by the Senate. Even a conviction of a sitting president on a federal felony charge would not accomplish his removal from office. It follows that a statute that could not result in the removal of a sitting president does not contemplate the disqualification of any person to become president.

The alternative ... leads us into all manner of absurdities, in which the Congress might add further disabilities to the constitutional ones that limit eligibility for the presidency. What other disqualifications, either for offenses against the law or for other reasons, might be added? Lack of military service? Lack of a college degree? ... A statute such as 18 U.S.C. §2071 can reasonably be read as controlling service in any office Congress has created by statute and whose process of appointment or election is not specified by the Constitution. It might then not be read as controlling appointment to an Article III judgeship at any level, but it could plausibly control appointment to any executive branch office, even at the Cabinet level. Those would be interesting interpretive questions. What is not so interesting, because the answer is so obvious, is whether this statute has any effect whatsoever on eligibility to be president. It doesn’t, because it can’t.

Mukasey himself eventually concurred with Tillman and others that his original comment regarding Title 18, Section 2071 with respect to Hillary Clinton's eligibility was off the mark. Volokh appended his column with the following excerpt from a e-mail sent to him by Mukasey:

[UPDATE: Michael Mukasey sent a very gracious e-mail yesterday evening to say that, “on reflection, … Professor Tillman’s [analysis] is spot on, and mine was mistaken…. The disqualification provision in Section 2071 may be a measure of how seriously Congress took the violation in question, and how seriously we should take it, but that’s all it is.”]

Volokh, Eugene.   "No, Hillary Clinton Wouldn’t Be Legally Ineligible for the Presidency Even If She Had Violated Government Records Laws."     Washington Post.   26 August 2015.