Hillary Clinton Is Actually Dead and Has Been Cloned

One of the stranger claims about the Democratic candidate for president is that she was "eliminated" in 1998 and has since been replaced by a clone. 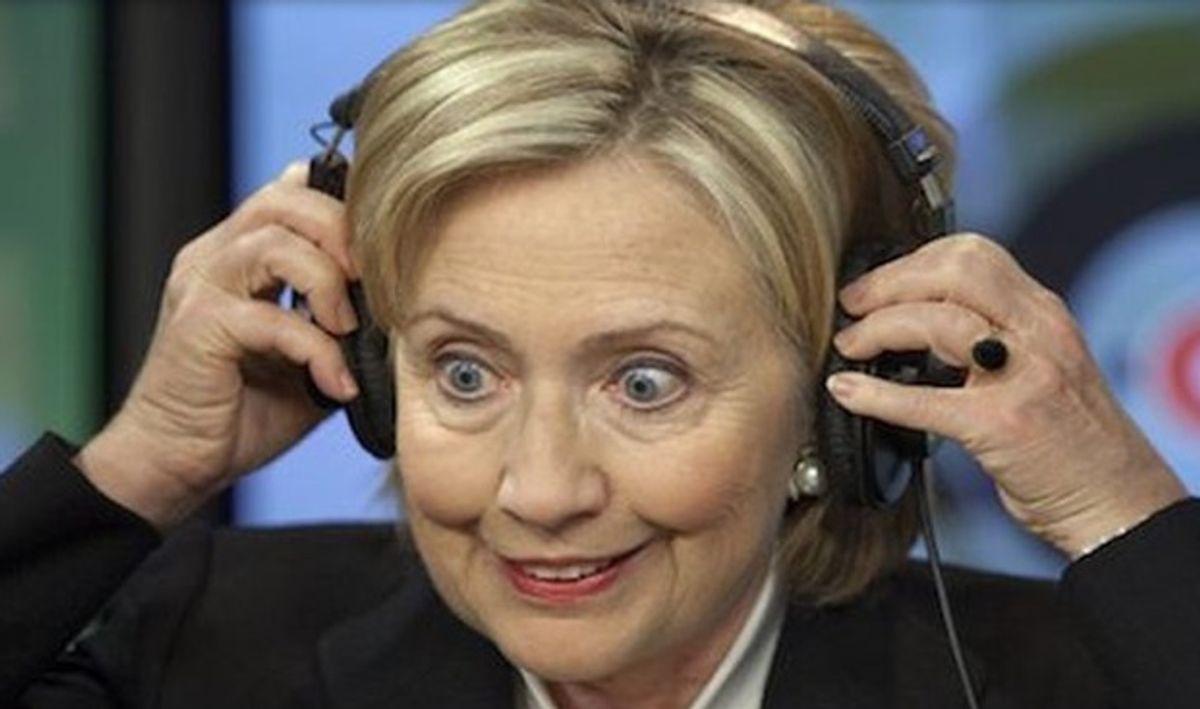 Claim:
The real Hillary Clinton has been dead since 1998 and was replaced with a clone.
Rating:

While there's no doubt the 2016 election cycle has been one of the more unusual ones in recent history, perhaps the culmination of the parade of bizarre rumors about Democratic candidate Hillary Clinton is that she was killed off in 1998 and is now represented by one of her many clones.

Rumors have abounded that Clinton's health is failing, alongside the idea that she has every disease from subcortical vascular dementia to Parkinson's. These claims were bolstered by footage of Clinton nearly collapsing while leaving a 11 September 2016 ceremony due to a pneumonia diagnosis, which also sparked a new round of death rumors.

But on 15 September 2016, a blog called "Ascension with Mother Earth and Current State of Affairs" took the weirdness to a whole new extreme by seemingly mashing all the rumors about Clinton into one giant conglomeration:

Fact: Hillary Clinton has been dead since 1998.

Another fact: The entire Clinton Family was eliminated and cloned beneath Camp David at the same time — including Chelsea (who's husband is her handler; Huma is Hillary's handler)

Meaning, none of the current human replicas claiming to be true Clinton's have a soul, and none are in fact human. This is how and why they always lie in public sly no matter the social cost. They're soulless beings, performing daily tasks based on a common agenda set forth by their dark nobility handlers.

Wow, that's a lot to digest, right? Let's go a little further down the rabbit hole shall we.

Fact: What you have been watching all of years are human replicas or laboratory grown clones. They can be grown to full maturity in less than 3 days now, and their entire memories transferred--and even stored on computers--then downloaded into replacement clones.

There are half dozen Bill and Hillary's that travel with the Clinton entourages and are on reserve 24/7/355 should the hero clone fail. Sadly, there none left for Hillary on Sunday, so a well trained body double was pressed into action first to walk out of Chelsea's apartment post fall, then today was made to do public appearances like on Hillary's campaign plane as well as that faux North Carolina press conference.

For starters, there were no known instances of human cloning (let alone advanced cloning that could result in a fully-mature adult in three days), until 2008, when scientists successfully cloned a human embryo. To date, there are no known cloned humans to have grown past the very early stages of gestation:

It's rather subjective to claim that clones wouldn't have "souls" considering a clone would be, in effect, a distinct living organism and also the idea of a soul is more theological than scientific. The problematic distinction of who has a soul and who does not can be seen in the the late 6th Century European debate over whether or not women had souls.

To additionally claim the entire Clinton family was wiped out or "eliminated" in 1998 is of course beyond the pale, as Bill Clinton was the sitting U.S. President until 2001. Hillary Clinton has held high-profile political offices, both as a New York senator and Secretary of State, since 1998 as well. The family has been continuously in the public eye and there is no sign that anything so catastrophic happened to them. Moreover the claim that "their entire memories transferred — and even stored on computers — then downloaded into replacement clones" seems to be plagiarized from science fiction.

We couldn't find anything credible pointing to the existence of grown human clones, let alone a stockpile of Hillary replacement clones, nor could we find anything that indicates the entire Clinton family was wiped out while President Bill Clinton was still in office — and no one noticed.

enerchi.   "Believe It or Not — Hillary Clinton Is Dead!"     Ascension with Mother Earth and Current State of Affairs.   15 September 2016.