Hillary Clinton 'Communes' with the Spirit of Eleanor Roosevelt

A psychological exercise Clinton used in the 1990s was real but later became mistaken for a religious ritual. 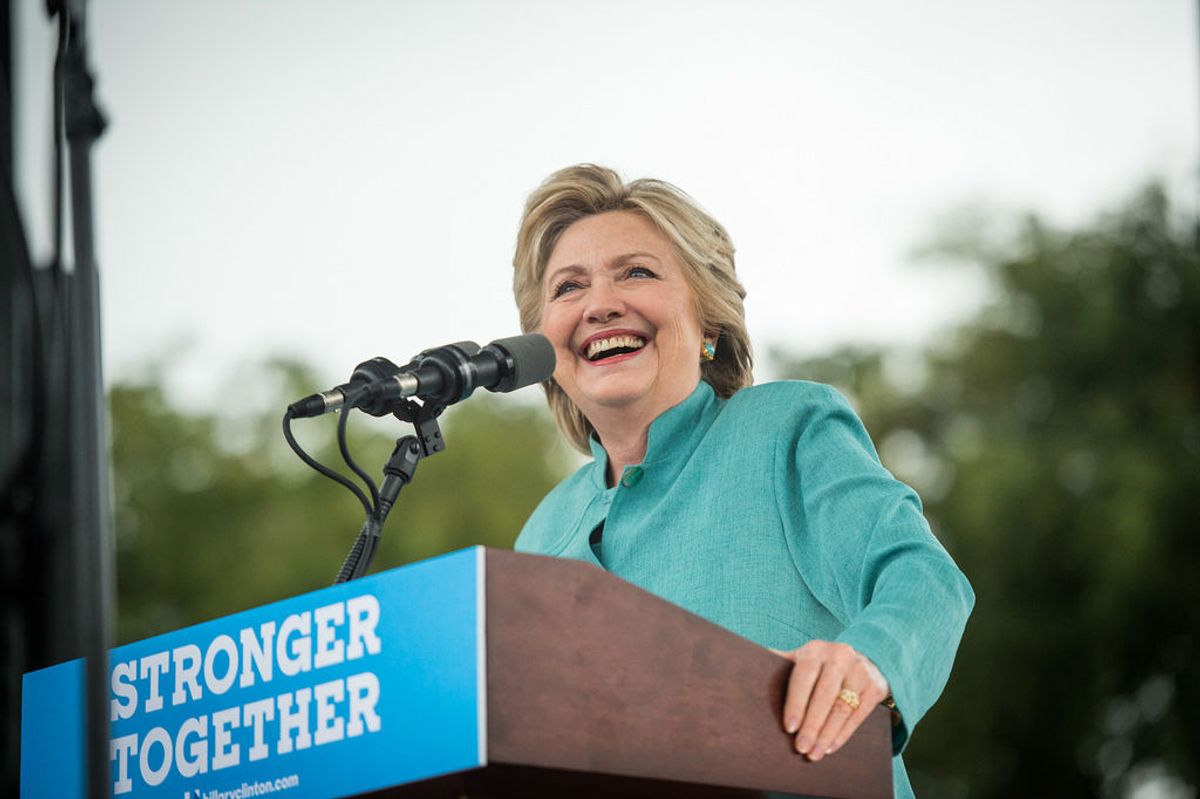 Claim:
A video shows Bill Clinton saying that his wife Hillary Clinton "communed" with the spirit of Eleanor Roosevelt.
Rating:

In October 2016, a video purportedly showing former President Bill Clinton saying that his wife "communed" with the spirit of Eleanor Roosevelt appeared and was subsequently widely circulated:


The video is real, and with the exception of spooky mood music, the clip has not been deceptively edited. The footage shows Clinton speaking at a dedication event for New York City's Franklin D. Roosevelt Four Freedoms Park.

The video (which was uploaded by former mayor Michael Bloomberg on 18 October 2012) shows Clinton's comments at around the fifteen minute mark:

The video displayed here was widely circulated as evidence that the Democratic presidential nominee "spoke to the dead," or was involved with other Satanic rituals, a rumor that may seem outlandish but that has persisted for decades.  Similar rumors circulated in 1996 in anticipation of Bob Woodward's book The Choice: How Bill Clinton Won, which offered a behind-the-scenes look at the Clintons:

First lady Hillary Rodham Clinton held imaginary conversations with Eleanor Roosevelt and Mahatma Gandhi as a therapeutic release, according to a new book written by Bob Woodward, says a report in Sunday's edition of The Chicago Sun-Times.

The first lady declined a personal adviser's suggestion that she address Jesus Christ, however, because it would be "too personal," according to Woodward's book, "The Choice."

While many media outlets reported that Woodward's book documented Clinton holding seances and "speaking to the dead," Dr. Jean Houston, the advisor who worked with Clinton during these "imaginary chats," said that the exercise was more akin to brainstorming than a religious ritual:

"We were using an imaginative exercise to force her ideas, to think about how Eleanor would have responded to a particular problem," Dr. Houston said. "I have never been to a seance."

She said that what happened during the "brainstorming" sessions was somewhat distorted by Bob Woodward in his new book, "The Choice." Then, she said, Mr. Woodward's description was deeply distorted in newspaper accounts.

"We have a media society looking for sound bites," Dr. Houston said. "That gets to the skin but not to the muscle or the heart of anything."

In The Choice, Woodward described the exercise in this way:

Houston regarded it as a classic technique, practiced by Machiavelli, who used to talk to ancient men. What might Eleanor say? What is your message to her? she asked Hillary.

Hillary addressed Eleanor, focusing on her predecessor’s fierceness and determination, her advocacy on behalf of people in need. Hillary continued to address Eleanor, discussing the obstacles, the criticism, the loneliness the former First Lady felt. Her identification with Mrs. Roosevelt was intense and personal. They were members of an exclusive club of women who could comprehend the complexity, the ambiguity of their position. It’s hard, Hillary said. Why was there such a need in people to put other people down?

It is true that Bill Clinton said that his wife "communed" with the spirit of Eleanor Roosevelt; Clinton was referring to actual therapeutic sessions, not an attempt to conjure up ghosts.