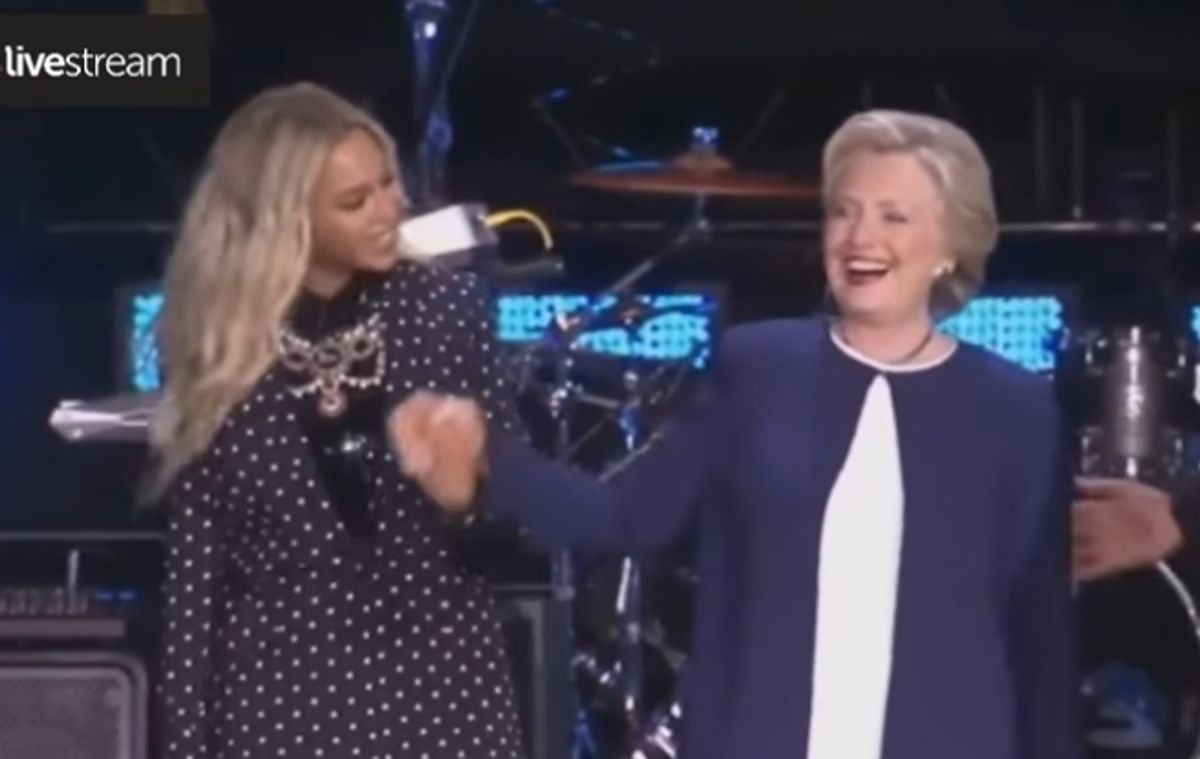 On 5 November 2016, a web site called The Resistance: The Last Line of Defense published an article in which it was claimed that pop singer Beyonce had stormed off the stage during a performance at a Hillary Clinton rally after overhearing the Democratic presidential candidate utter racial slurs into a live microphone:

During Friday Night’s Hillary Clinton rally in Ohio, Beyonce’ Knowles, known for her liberal ideals and anti-police rhetoric, was performing a free set for the murderous email queen when she suddenly stopped singing. She turned towards the side of the stage where Hillary was standing and said, “You’re in my earpiece.”

Clinton, looking surprised, gave a smile and started clapping. Beyonce’ continued her performance but cut it short after just two songs. She was seen storming off stage and leaving the venue in a limousine shortly thereafter.

A reporter from the local Parma Gazette asked around and found out from a sound tech that Clinton’s lapel mic was hot and all of the staff were listening when she said:

“I’m grateful, but do we really need to listen to this ghetto trash music? Doesn’t she have something a little less…negro?”

Although a large number of people who shared the story via social media apparently thought it was true, the incident reported therein did not occur. Beyonce and Jay Z performed at a rally for Clinton on 4 November 2016, but Clinton was not overheard disparaging Beyonce's music, nor using racial slurs, nor did Beyonce storm off the stage.

The web site on which the false report originated is not a legitimate news source. Its disclaimer reads as follows:

DISCLAIMER: The Resistance may include information from sources that may or may not be reliable and facts that don’t necessarily exist. All articles should be considered satirical and any and all quotes attributed to actual people complete and total baloney.